How many colleges and universities do we really need?

Another tie to Cuba: Colleges are forming new partnerships with the country 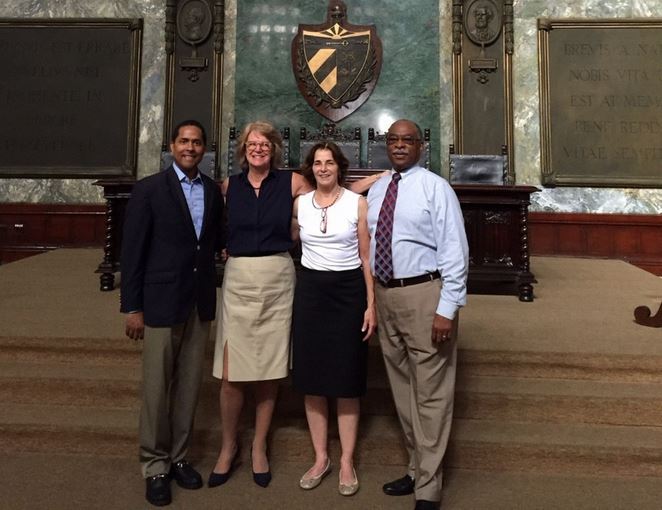 For many years, the dean of the University of the District of Columbia’s law school has been fascinated by Cuba — its politics, culture and the historic standoff with the United States. So when she had the chance to form a partnership with the oldest university there, Shelley Broderick jumped on it.

The new relationship between the University of Havana and UDC is just one of several exchanges being explored or established by colleges in the United States and Cuba. As relations between the two countries change, some schools are reaching out eagerly – yet carefully.

It’s an opportunity for historic cultural and academic exchange. And it’s still controversial.

There’s the question of academic freedom, of course, with education controlled by the Cuban government. There’s the long-running debate about how best to combat problems there, whether through engagement or isolation.

But more U.S. students are studying there, according to the Institute of International Education, with a more than four-fold increase in numbers from the 2010-2011 school year to more than 1,600 enrolled in programs there in 2012-2013.

A director of an institute at the University of Pennsylvania’s Wharton School predicted to the Associated Press recently that there will be an explosion of collaborations between U.S. and Cuban schools.

Auburn University created a research partnership with a Cuban university and center for animal and plant health there, and an exchange program for professors and students.

Florida International University leaders have even talked about building a campus in Cuba.

This year, Johns Hopkins, Brown, Columbia and other universities established the Consortium for Advanced Studies Abroad (CASA) in Havana, with courses there at the University of Havana.

George Washington University, which has added short-term study abroad programs with Cuba, is exploring more academic opportunities in the region, a spokeswoman said.

At UDC, a discussion at the David A. Clarke School of Law about the resumption of diplomatic relations led to a question: Why not start an exchange program that would compare the legal systems in the two countries?

Leaders are working out detailed proposals with the University of Havana; one possibility is a week-long course in Cuba in January looking at legal issues around aging. Faculty in Havana told Broderick, “In line with the values of the revolution, family is paramount.” Elderly people can sue their relatives for not providing adequate care, she said. “It’s a very interesting model.”

Next summer, she expects students and faculty will travel to Cuba, and, in the future, there will be semester-long exchanges.

On her own trip there, Broderick, whose niece married a man from Cuba, was struck by the “joie de vivre” of the people, by the pride in the faculty in their education and health system, by the lack of adequate housing and poverty, by the dramatic art she saw.

Leaders and professors at Havana University, which was founded in 1782, were incredibly welcoming, she said.

“The initial areas of agreement will be between UDC’s David A. Clarke School of Law and the Law College at Havana University, where Fidel Castro attended law school more than 70 years ago,” said former interim president James Lyons. “It was a privilege to spend several days at the law school, where we were briefed by the faculty on the Cuban constitution and statutory laws, their judicial system and several other substantive areas.”

Immediately after her return, Broderick offended some students by accepting an award at an event wearing a Che Guevara beret. They were shocked that a law school dean at a public university seemed to be honoring a revolutionary leader who once said, “To send men to the firing squad, judicial proof is unnecessary … these procedures are an archaic bourgeois detail.”

Broderick said, “I’m clearly delighted the U.S. and Cuba are in the process of establishing a new relationship, and celebrate that.” She said she admired Guevara for bringing down a brutal dictatorship. “I don’t admire everything about Che, by any means.”

That particular controversy, she said, “is beside the point. The point is, finally the U.S. will have a rational relationship with Cuba, and I’m thrilled.”