For Some Foreign Students, U.S. Education Is Losing Its Attraction 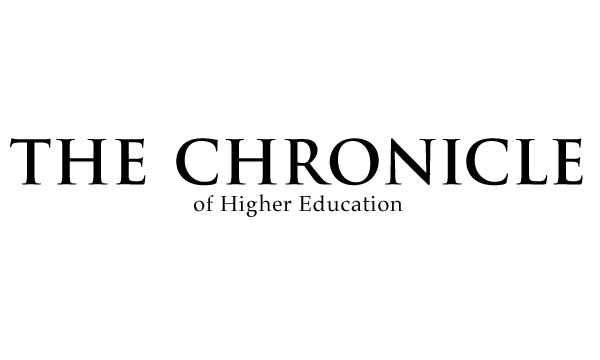 By KARIN FISCHER | THE CHRONICLE OF HIGHER EDUCATION MAY 25, 2014

SEOUL — Each fall, thousands of students from South Korea arrive on American campuses. They come from a culture that views education as the key to success, where mothers and fathers save to send their children overseas. On top of tuition, parents shell out for test prep and cram schools, supplemental English lessons and recruitment agents to shepherd them through an unfamiliar admissions process. In the past, only a small elite pursued advanced degrees internationally; today, many sons and daughters of the nation’s emergent middle class go abroad.

This is South Korea but the description could fit China equally well.

South Korean students who study abroad often find that they lack the local connections to get a job when they return home, says Jaeha Choi, director of student recruitment and admissions at SUNY-Korea, the State University of New York’s campus outside Seoul, South Korea’s capital.

Softening interest from South Korea, the third-largest supplier source of international students to the United States, could serve as a warning to American institutions that have grown to rely on tuition revenue from China, the largest source.

The two countries differ in politics, population and economics, but they share common educational traditions and motivations for sending their students abroad, and their international mobility patterns have followed corresponding trajectories.

“The Chinese market is very much like Korea 10 years ago,” said Jekook Woo, an education consultant in Seoul.

And recent hand-wringing in China about the return on a pricey foreign degree echoes qualms among South Korean families that overseas study is no longer the guarantee of economic security that it once was.

For decades, sending top students abroad was a pragmatic choice for both countries, a recognition of the lack of educational capacity at home, particularly at the graduate level. But as their economies and educational systems changed, so did the reasons for foreign study.

Growing affluence — beginning in the 1990s in South Korea and within the past decade in China — meant that more families could afford an American education. In both countries, parents bet that a foreign degree could help their children in an increasingly global and crowded job market. Many South Korean businesses, in fact, require prospective hires to submit English-proficiency scores.

The decision to go abroad may also reflect a desire to opt out of rigid, highly competitive educational systems. Performance on the gaokao, China’s national college-entrance exam, and its Korean equivalent, the suneung, are the sole determinants of college admission.

Perhaps as a result, students from both countries are heading overseas earlier. Twice as many South Korean students go to the United States now for undergraduate study as for graduate-level work, according to the Institute of International Education. Over the past decade, the number of Chinese undergrads at American colleges has grown nearly 900 percent.

But the very popularity of overseas study may be undercutting its rationale. Nearly 240,000 South Korean students went abroad last year, equal to roughly 7 percent of the college population. About one-third of that number was in the United States. With such a large share of students overseas, any edge that a foreign degree gives a South Korean graduate could be blunted.

“Maybe the novelty of studying in America has worn off,” said Vincent Flores, an education adviser with the Fulbright Commission in Seoul.

While the share of China’s college-age population that goes abroad remains small, one in every three foreign students in the United States is Chinese.

Some American colleges are so well known for their large Chinese enrollments that they’ve spawned a joke, said Jordan Dotson, who advises students in the southern Chinese city of Shenzhen about the American college-application process. “If you want to improve your Chinese, go to America, because you’ll have many, many classmates from Beijing,” he said.

If the surfeit of Chinese students at certain institutions risks turning some students off, others may be discouraged by the difficulty of getting into elite American colleges, despite excellent grades and test scores. To put it in perspective, this year some 150 students from a single top Shenzhen high school competed for admission to a handful of select American colleges. That nearly equals the total number of international students in Harvard’s freshman class.

If they are rejected by leading American colleges, Mr. Dotson’s students will attend highly ranked institutions outside the United States, including the University of Hong Kong, the University of Toronto and Yale-NUS College in Singapore. Next year, he said, their younger classmates might not even bother applying to America. “The top kids understand that it’s tougher for them to get into U.S. universities,” he said. “It’s insanely competitive.”

If getting into college is competitive, so, too, is the job market awaiting graduates in both countries.

In South Korea, the employment rate for college graduates has fallen to just 60 percent in a shaky economy. Graduates of vocational programs have better job placement. In China, it’s a numbers game: With seven million graduates, the unemployment rate for the class of 2013 is nearly 18 percent, according to the Chinese Academy of Social Sciences.

A foreign degree was supposed to benefit job seekers in a tight market, but now it might even be a disadvantage.

Returning students often find that they lack the connections needed to land a job, said Mr. Choi of SUNY-Korea. Despite the growing numbers of international students, most career-services offices at American institutions are focused on placing students closer to home.

“In Korea, kinship is important. It’s a very relational society,” Mr. Choi said. “You have to have a good network in your school to get a job. Those students who study in the States don’t.”

The first of the surge of Chinese undergraduates at American colleges are only now beginning to return home. But a study of earlier Chinese returnees working in venture capital found that they were actually less successful than their counterparts who had remained at home, a finding that the study’s author, Wei Sun, a research fellow at the National University of Singapore, attributed to a possible mismatch in skills and weaker social networks.

A survey last year by Zhilian Zhaopin, a Chinese recruitment firm, found that 70 percent of employers would give no hiring preference to overseas-educated applicants; nearly 10 percent said they would prefer not to hire them.

Of course, not all the reasons behind the declining interest in study abroad are negative. One important factor is that educational opportunities once obtainable only overseas are now more readily available at home.

The South Korean government has emphasized improving English- language instruction in the schools, and many South Korean universities are now offering classes taught in English.

Both South Korea and China have a growing number of joint partnerships with international universities, like Mr. Choi’s employer, SUNY-Korea, that allow students to earn foreign degrees without the expense of going abroad. Educational exchanges have also picked up between the two countries, giving students an international experience while remaining in the region.

Each country has also invested heavily in research, spending on top-notch laboratories and world-class faculty. It is probably no coincidence that the first signs of declining enrollments in the United States appeared in graduate courses: The number of South Korean graduate students in the United States has been dropping since 2010, and the Council of Graduate Schools recently reported that graduate applications from China were down for the second year in a row.

South Korean universities have historically preferred to hire faculty members with degrees from abroad, said Jae-Eun Jon, of the Higher Education Policy Research Institute at Korea University. But that is changing and, as a consequence, particularly in science and engineering, “top students really debate between Korea and the United States for graduate school,” she said.

Some of the factors influencing foreign study trends are beyond anyone’s control. South Korea’s economy took a body blow in the recent economic downturn. The country also has the world’s lowest birthrate; by next year, it could have more available slots at its universities than students. In China, because of the government’s one-child policy, there will be 60 percent fewer people aged 20 to 24 by 2030 than in 2010.

For American colleges, any changes in South Korea and China may not be an immediate problem. Declines in enrollment from South Korea are often offset by rising student numbers from China or elsewhere. Many observers do not expect Chinese enrollments to crater any time soon. There are still too few places at Chinese universities to meet demand and the number of programs and schools designed to prepare students to go abroad seems to keep expanding.

Indeed, research by Peter G. Ghazarian, a professor of education at Keimyung University in South Korea, suggests that there may actually be untapped demand for an American education in both China and South Korea. In surveys, he found, more students list the United States as their destination of choice than actually study there.

Still, few expect South Korea to return to the strong growth it enjoyed in the middle of the past decade. And many believe that it is not a matter of whether Chinese enrollments hit a speed bump, but when.