Overseas Students Pour Into Some American Campuses, but Other Colleges Haven’t Kept Up With the Growth 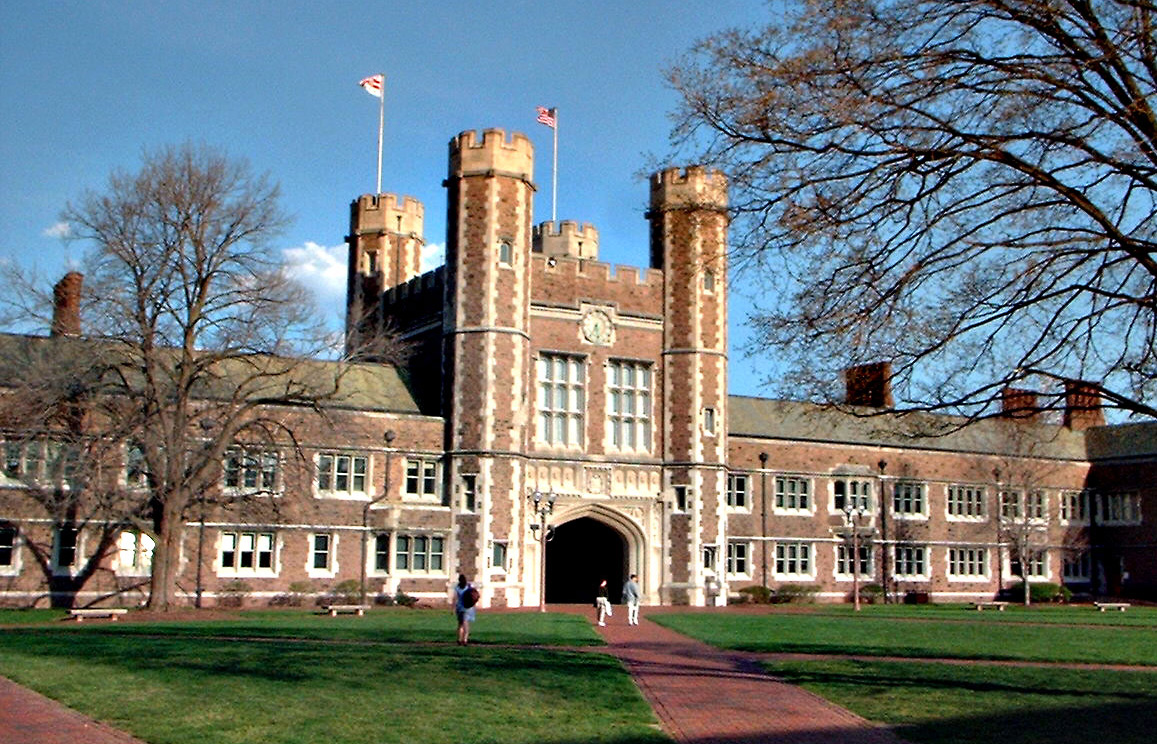 Law school at Washington University St. Louis offered “exploding” scholarships to top applicants. As applications decline, law schools are under greater pressure than ever to keep the credentials of incoming classes high.

Some Washington University School of Law applicants recently received a welcome surprise in their inboxes.

An e-mail from the university, which was reprinted on the blog Above the Law, told them:

“We are excited to announce that additional scholarship funds have become available. As an outstanding applicant, Washington University School of Law is able to offer you a full tuition scholarship of $48,345 for your first year of law school with the same amount guaranteed for your 2L and 3L years for a total of $145,035 for the three years of law school.”

The catch? The prospective students were given only 24 hours to make a decision.

According to Above the Law, the scholarships were offered to those who had already withdrawn their applications. Washington Law could not confirm if this was true and did not disclose how many scholarships were given out.

Some commenters on the Above the Law blog thought the post was unfairly “attacking” the law school. But some questioned whether such a practice could be deemed unethical, while the hard sell approach of the e-mail from a Tier 1 law school was jarring to others.

“But, hey, if you order now, we’ll DOUBLE your offer and pay tuition for TWO future unemployed barristers,” wrote one commenter mockingly. “Got this email myself yesterday. Couldn’t believe what I was reading. I literally laughed out loud. I declined their offer of admission back in JANUARY,” another wrote.

As law school applicant numbers continue to drop drastically and schools face increased competition in recruiting applicants with high credentials, are some law schools using unfair tactics, and is the competition even extending to top institutions like Washington University?

“It is difficult to call a full ride with no strings attached unfair,” McEntee said, whose organization pushes law schools to release more information to prospective students about employment prospects. Although, he said, the e-mail did surprise him.

“There is something odd about it. It doesn’t meet your expectations of what the process is,” McEntee said.

At the National Association for College Admission Counseling annual meeting last year, the association’s Assembly voted to urge colleges to give applicants accepted off a waitlist at least 72 hours to decide whether to accept the offer. NACAC members said that even when applicants get good news, they shouldn’t be rushed to make decisions as important as where to enroll.

And those admitted earlier have significantly more time — time that admissions experts say is needed to weight all the factors in a weighty decision. Law school admission, however, is not under the purview of NACAC’s Statement of Principles of Good Practice, which is intended to guide institutions in setting undergraduate admissions policies.

The waitlist time frames the NACAC discussed are different from the Washington Law example. The applicants who received Washington University’s “exploding offer” had already been admitted to the law school and presumably would not need time to weigh their financial aid options, although they could have already committed to an offer elsewhere.

The law school was able to offer a limited number of scholarships to top students after receiving new funding from the university, said Janet Laybold, associate dean of admissions at Washington University Law. The 24-hour time frame was a way to be fiscally prudent and to determine which applicants were really serious about the offer.

“We had no idea who would accept our offers,” Laybold said. “There is a limited amount of money, and we can’t go over the budget amount.”

If a potential candidate had withdrawn his or her application from the university for financial reasons, then accepting the full-tuition offer would most likely be a no-brainer.

Laybold said the law school was reasonable with students who expressed interest but needed time to think about the offer.

“We are human beings,” Laybold said. “No one wants somebody in their school who is unhappy or felt pressured, because that doesn’t serve us long-term.”

While giving out last-minute exploding offers could certainly seem commercial, the tactic is really just a “sign of the times,” said William Henderson, a professor at Indiana University’s Maurer School of Law. “This is reflective of a completely different admissions environment.”

This year marked the third in a row that the number of law school applicants dropped nationwide. As of mid-May, 55,760 people had applied to American Bar Association-accredited law schools for the 2013-14 school year — a 13.4 percent drop from 2012, according to data from the Law School Admission Council.

The statistic is an indicator of a shrinking job market for lawyers that began after the 2008 economic collapse. As law firms closed, law school enrollment continued to rise. Many graduates were left jobless and heavily burdened by debt.

As the financial risks of attending law school become more apparent, schools are left to fight over a smaller pool of competitive applicants.

Ordinarily when a business is losing revenue it must think of ways to cut costs. But law schools are unique in that they must strike a “delicate balance” between locking in revenues and maintaining an incoming class with high credentials, said Henderson. The credentials of entering classes represent 22.5 percent of the U.S. News ranking formula, Henderson and Rachel Zahorsky explain in an ABA Journal cover story.

“No law school wants to fill their class with low-credential folks or not have enough people at the right price to cover operating costs,” Henderson said.

Some law schools are responding to declining application numbers by reducing class sizes. Northwestern University School of Law announced in March that it would cut its incoming fall class by about 10 percent — leaving room for 20 to 25 fewer students. Last fall George Washington University Law School cut its first-year class from 474 to 398. This trend was the same in colleges in Ohio and at other institutions throughout the country.

Washington Law actually had a four percent increase in applications this year, Laybold said. After receiving unexpected funding, Washington Law offered the last-minute scholarships to the students with high GPAs and high LSAT scores as a strategy to bring in the “strongest class” possible Laybold said. Students receiving those full rides, who may otherwise have gone to higher-ranked programs, are helping Washington Law stay high in the rankings system.

The students who have the grades and LSAT scores who receive these merit-based scholarships have little to complain about. But often, as pointed out in the ABA Journal story, a student with a worse academic record pays full tuition so that a more competitive student can receive a scholarship.

This was not the case at Washington Law, where the scholarships were funded by the university.

But in many instances, students who choose the highest-ranked law schools often end up in the most debt, because their LSAT scores and GPAs are below the school’s median, Henderson and Zahorsky explain.

Generally there is a declining trust in American legal education, Law School Transparency’s McEntee said. And as that trust continues to dissipate, more and more law schools are desperately scrambling to recruit applicants.

One thread on a Top-Law-Schools.com forum pokes fun at the lengths some schools have gone to in order to recruit students — from never-ending e-mail chains and extending deadlines for weeks, to offering iTunes gift cards and other incentives just for filling out an application.

These strategies may have been unprecedented before, but they are quickly becoming the norm.

“We are in the wild, wild west,” McEntee said.

But there may be at least one positive outcome of the shrinking law school applicant pool. Laybold said she has noticed that students seem especially committed and knowledgeable about particular schools and programs — more so than they have been in the past.

“People who go to law school now have done their homework,” Laybold said. “They know what they’re getting into.”