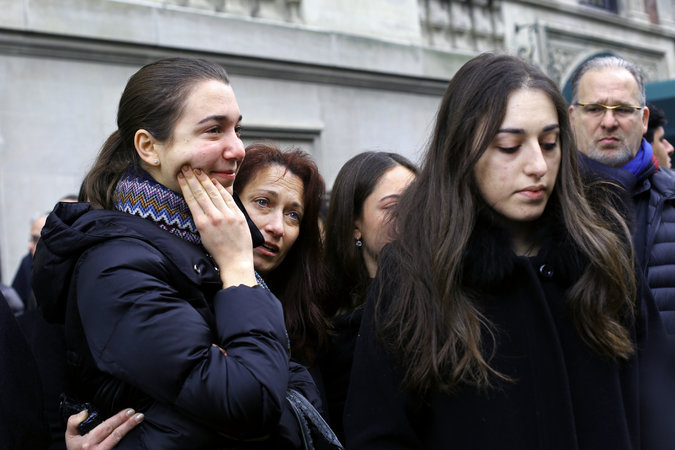 While many of their classmates were using the winter break to unwind, the 28 Columbia University students whose bus crashed in Honduras this week had chosen to spend part of their vacation volunteering by helping doctors provide basic medical care in one of Central America’s poorest countries.

A growing number of college students participate in such trips, spurred by hopes of changing the world, a desire for adventure or a wish to explore possible careers.

In this case, the students’ humanitarian mission ended in tragedy. The bus accident killed three students and left students and staff at Columbia in shock. It also highlighted the difficult issues colleges and universities face when students decide to volunteer in sometimes dangerous parts of the world.

Some universities are creating administrative positions dedicated to ensuring the safety of students who study or volunteer abroad.

The Columbia students were on a trip organized by Global Brigades, a student-run nonprofit dedicated to bringing health care and economic development programs to communities in Latin America and West Africa. Global Brigades has a chapter at Columbia but is not affiliated with the university.

John H. Coatsworth, Columbia’s provost, said in an interview on Friday that the university would not think of telling students where they could or could not travel or with what programs.

“We want our students to engage with the world,” Dr. Coatsworth said. “There’s no place you can go in the world without risk, including Manhattan, so we’re not going to take the position that the university can tell students where to go and with whom, because that would contradict our mission, and it would deprive them of opportunities that are crucial for their education.”

At the same time, he said, the university is prepared to respond quickly if something happens to its students abroad.

In the case of the bus accident, the head of the university’s health services and two colleagues left immediately for Honduras to supervise the care of two students hospitalized there. The university’s insurance company organized the return of those students to the United States by air ambulance.

A funeral was held in New York on Friday for one of the students, Daniella Moffson, 21, who attended Barnard College, a women’s liberal arts school affiliated with the university.

Honduras is considered a particularly dangerous country to travel in, though primarily because of its high levels of crime and violence. The United States State Department has a travel warning in effect for the country. But transportation there is also dangerous, according to the State Department, because of poor road conditions, a lack of enforcement of traffic laws and a large number of vehicles that are old or in disrepair. Global Brigades has said it believes the accident was caused by the bus’s engine stalling as it went up a hill.

Dr. Coatsworth said the university was constantly reviewing its policies and would study what happened in this case “and see what we can do in the future that might be helpful.”

As the number of students studying or volunteering abroad has increased, some universities have responded by creating administrative positions devoted to ensuring and monitoring their safety.

Andrea Bordeau is the assistant director of international safety and security in the office of the vice provost for international affairs and global strategies at the University of Illinois at Urbana-Champaign, a position the university created in 2013.

Ms. Bordeau said her university also had students volunteering with Global Brigades in Honduras. When she learned about the accident involving the Columbia students, “I was in touch with our program coordinators within the hour,” she said.

She said that since the students wanted to go to a country with a State Department travel warning, the group had to provide her with a proposal for their trip, Global Brigades’ emergency plan and emergency contact information for them in Honduras and their families. The students also had to take an online training course on safety abroad and pay a small fee to be covered by the university’s international medical insurance.

Some parents of students who have died on study abroad programs want universities to be forced to report the number of deaths or injuries on these trips. Ros Thackurdeen and Elizabeth Brenner, whose sons died on study abroad trips, hope that Congress will pass a law requiring universities to disclose this information, just as they are required to disclose data about crime on campus.

In their cases, the women believe the programs their sons went abroad with were negligent in ensuring the students’ safety.

“Ros and I would never say study abroad is a bad thing,” Ms. Brenner said. “We remember how much our kids wanted to go.”

But, she said, transparency “is the best way for the programs themselves to make improvements.”