At private schools, a surge of Chinese students

Why More Students Are Leaving the U.S. for College 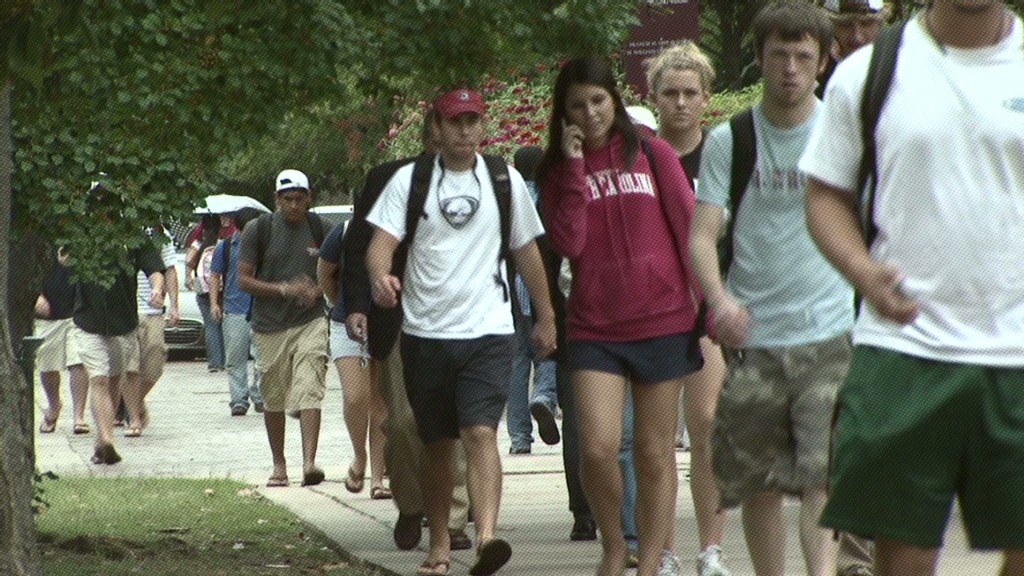 When Michael Ferrante, a 21-year-old college senior, returned to Baltimore to finish school after studying in Berlin for a year, he had only one regret—not having applied to college in Germany in the first place.

“It was infinitely cheaper to study in Berlin,” said Ferrante, who graduated from Johns Hopkins University with a degree in German Language and Literature. In high school, he had planned on studying in Germany, but he applied to U.S. colleges because he was more familiar with American schools. “I feel like most Americans don’t think of Continental universities as having the same academic rigor as top-flight American universities,” he said, “But based on my experience in Germany, it’s just a different kind of rigor.”

It’s also a different price tag. Ferrante said he paid $500 for two semesters at Humboldt and Die Freie Universität in Berlin and spent roughly $27,000, with financial aid, for the same amount of time at Hopkins.

More American students are choosing to study abroad. In the 2013-2014 school year, the number of U.S. students studying abroad was 72 percent higher than it had been in 2000-2001, according to a report from the Institute of International Education. Many students are choosing to go further than a one-semester break and attend all four years of college in a foreign city. The number of students enrolled in college outside their countries rose 463 percent from 1975 to 2012, said a report last month by Moody’s Investors Service. International students in the U.S. have grown by 70 percent since 2005, according to the report.

Despite the growing interest in a global education, Americans have few guides to understand European college processes, which vary by country. “I was shocked that there isn’t the European equivalent of a Princeton Review or a Fiske Guide because there’s so much information [in the U.S.],” said Jennifer Viemont, co-founder of Beyond The States, a database of 350 colleges in 30 countries that offer bachelor’s degrees taught in English. Viemont began the project four years ago when her high-school aged son expressed interest in going to college abroad. “Other than country-specific websites like StudyinSweden.com or StudyinDenmark.com, there’s not a lot of literature out there,” she said.

College in Europe can be astonishly cheap for Americans. Forty public and private colleges in continental Europe offer free bachelor’s degrees, taught in English, to Americans, said Viemont. An additional 98 colleges ask tuition of under $4,000 per year, she said. European colleges want American applicants because they can charge higher tuition for non-EU residents. Americans in Europe will still pay considerably less than they would at home, where the average out-of-state tuition for private universities is $32,405 a year, according to the College Board. The only European colleges that have bigger price tags are owned by American universities such as American College in Paris or Bard College in Berlin, said Viemont.

There are nonetheless costs to studying in Europe. Universities there don’t own dorms the way American universities do, said Viemont; the cost of living off-campus varies by city and by country. Further costs such as regular flights home can tack on thousands of dollars.

The main thing that holds some Americans back from studying across the Atlantic is a fear that they’ll sacrifice quality—and North American career opportunities. “The biggest worry people seem to have is that a name from Europe won’t carry the same weight as one from the U.S., but there’s a serious upshot of graduating a year early and with a fraction of the debt,” she said. “Plus, you’ve seen the world.”