What’s a Brand Worth? Evidence From the Gulf 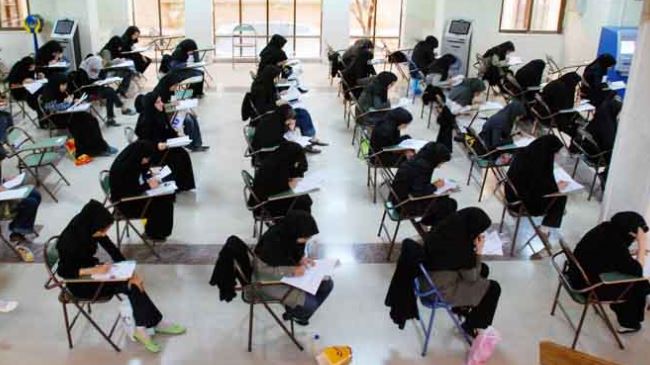 In the wake of a historic nuclear deal earlier this year, Iranian universities are working to quickly build collaborative links with universities across Europe. On 16 January 2016, the International Atomic Energy Agency confirmed that Iran had complied with the terms of a US-brokered dealaimed at ensuring that the country’s nuclear programme stops well short of producing nuclear weapons.

The international community moved immediately afterward to ease or eliminate trade and financial sanctions that had long been in place for Iran, including the release of approximately US$100 billion in Iranian assets held abroad.

Some restrictions will remain in place, and the deal provides for a “snapback” of sanctions should Iran be found in violation of the agreement at any point. Leaving that possibility aside, and reflecting the pent-up demand for trade and international collaboration within the country (as well as a strong international interest in building links with one of the region’s largest markets), the Iranian government and Iran’s higher education institutions have established a wide variety of education agreements over the last two months.

For example, a leading French institution, École Polytechnique, recently signed agreements with the University of Tehran, the University of Isfahan, and Sharif University of Technology. “Third-year undergraduates studying at the Iranian universities will be eligible to take the entrance exam to access École Polytechnique’s renowned Ingénieur polytechnicien graduate programme,” reports Times Higher Education. “And co-supervised PhDs will be offered. In return, French students will be able to undertake research internships in Iran.”

In February, a high-level Swiss delegation to Iran ratified a 2005 trade accord between the two countries, and also confirmed six new agreements between Swiss and Iranian institutions. Earlier this month, a bilateral agreement with Slovakia opened the door to new collaborations between the two countries’ universities of science and technology. And just last week, further agreements were signed with Armenia’s National Academy of Sciences.

Also in recent weeks, the Iranian government announced new agreements for joint research and exchange programmes with Sweden, Cyprus, and the Kurdish Region.

Many of these agreements are aimed at exchange programmes that allow undergraduate students to pursue a year of studies abroad, or, more commonly, to complete a portion of master’s or doctoral programmes abroad.

The rationale for the flurry of new agreements appears to be two-fold. On the one hand, Iran has a capacity problem in terms of available postgraduate spaces. On the other, Iran seems determined to limit a potential “brain drain” by structuring international agreements in such a way that postgraduate students and researchers are encouraged or even obliged to return to Iran after their studies abroad.

The problem with postgraduates

As we reported late last year, university enrolment in Iran has expanded rapidly over the last decade. In 2014, the total higher education enrolment was 4,367,901 students, as many as 60% of which were women. The latest data from UNESCO indicates that the gross enrolment ratio for tertiary education reached 57.94% in 2013 – putting an official target of 60% by 2025 well within reach and more than doubling the participation rates from a decade earlier (19.87% in 2003).

However, postgraduate capacity within the country is much more limited. The Washington Postreports, “Of the approximately 900,000 students who applied in 2011 for a master’s degree, only 60,000 were accepted, some 6%. The figures for PhD candidates were even worse: only 4% of those seeking a doctorate made it into a programme, a meager 6,000 students out of 127,000 applicants.”

It is therefore not surprising that, as the British Council has noted, Iran has been one of the fastest-growing outbound markets for postgraduate studies over the last decade (only Saudi Arabia grew faster) and strong growth is projected over the next several years as well.

Getting ready for brain gain

Iran is well aware that it has a challenge with respect to advanced studies, and this is no doubt an important factor in the recent drive to open up new higher education links abroad. We can imagine as well that overall numbers of outbound students, especially for postgraduate programmes, will continue to grow in this new, post-sanctions context.

But the country’s top universities are also taking steps to structure their agreements so that students complete a portion of their programmes abroad, as opposed to full degrees. “We promote brain gain,” Professor Amir Golroo of the Amirkabir University of Technology said recently to Trend News.” Rather than having Iranian students receive their degrees abroad through full programmes, we provide them with opportunity to receive international education experience.” Professor Golroo describes a preference for “2+2” PhD programmes that have Iranian doctoral candidates studying for two years in Iran and then completing their research abroad. A similar approach appears to apply to master’s programmes, where students complete a portion of their studies in Iran, complemented with a year at a partner institution abroad.

“There is no concern regarding education quality inside the country. The concern is rather about lab equipment and such things,” he adds. “So, we give our students the opportunity to work abroad for a short term to partially carry out their projects at a university abroad.”

For additional background on this important market, please see our earlier update on the expansion of higher education in Iran and Iranian demand for postgraduate studies abroad.