Turkey is expected to curb military power as purge expands 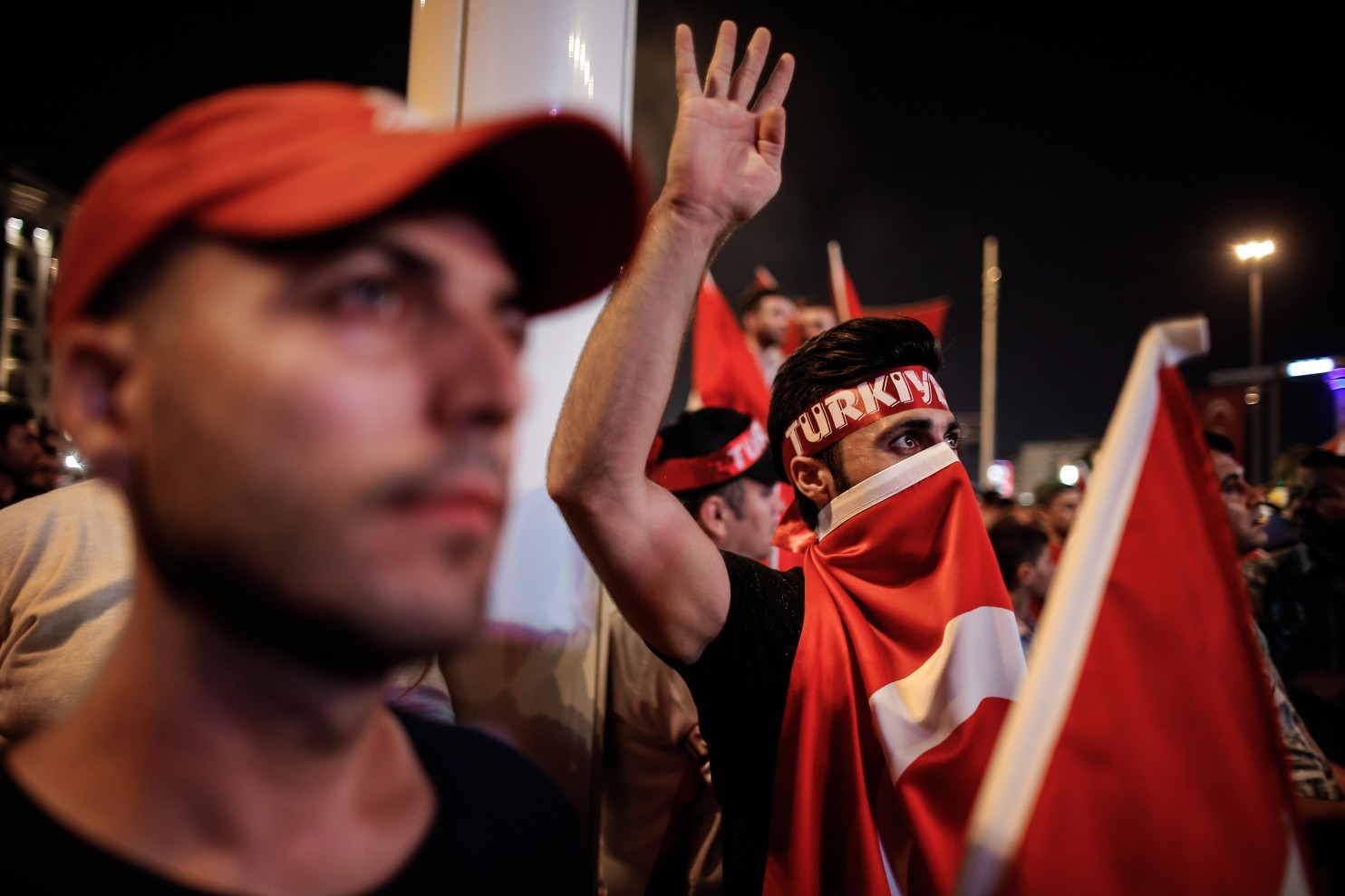 By Loveday Morris, Thomas Gibbons-Neff and Souad Mekhennet July 19
ANKARA, Turkey — Turkey suspended more than 15,000 education workers on Tuesday and demanded resignations from all university deans in an escalation of a far-reaching purge of state institutions following a failed coup attempt.Turkish officials also said steps to curb the powers of the military are being considered, while President Recep Tayyip Erdogan said an “important decision” would be announced after national security leaders convene on Wednesday, raising expectations that more will follow.

More than 45,000 military officials, police officers, judges, governors and civil servants have also been fired, detained or suspended since a mutinous faction of Turkey’s military staged an attempted overthrow of the government Friday night, hijacking fighter jets and helicopters to strike key installations and security forces.

Critics say the escalating purge of state institutions is aimed at crushing all opposition and consolidating power in the hands of the president.

Mevlut Cavusoglu, Turkey’s minister of foreign affairs, said in an interview that the issue of civilian oversight of the military — a matter of long-standing debate within Turkish politics — would be addressed during Wednesday’s national security meetings. A government official, who spoke on the condition of anonymity because the announcement has yet to be made public, also said military reforms could be proposed.

CCTV footage released by the Turkish presidential palace showed attacks on government supporters and forces during the attempted coup on Friday, July 15. (Reuters)

[An interview with Turkey’s minister of foreign affairs]

The military has long seen itself as the guardian of secularism in this mostly Muslim country and has staged a series of coups in past decades, but its power has been gradually diminished. Thousands of Turks took to the streets to prevent another coup, but the crackdown has raised fears that Erdogan — who described the plot as a “gift from God” — will use it as an opportunity to make the government more authoritarian.

“The counter-coup is not over yet,” said Soner Cagaptay, a Turkey expert at the Washington Institute for Near East Policy. He said he believes that Erdogan is using the coup attempt as a “one-time window” to consolidate power and lead Turkey toward being a single-party state.