The 100 Best Universities in the World Today 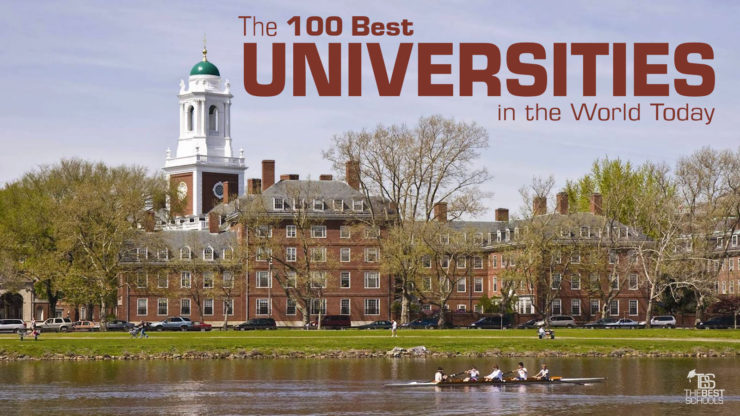 University rankings can focus on many different factors, including attractiveness of campus, satisfaction of students and alums, extracurricular benefits (such as top athletics programs), affordability of tuition, and expected income of graduates.

But if the focus is on academic prestige, scholarly excellence, and intellectual horsepower, this article provides the ranking you want. At the universities in this ranking, you’ll be rubbing shoulders with the brightest faculty and students in the world, developing your knowledge and skills so that you yourself will be in a position to join the world’s elite academics, scientists, and thinkers.

For this ranking, we looked to the Center for World-Class Universities operated by Shanghai Jiao Tong University (left). This center specializes in ranking universities around the world by academic performance.

Accordingly, we identified the 100 best universities in the 2014 Academic Ranking of World Universities, better known as the “Shanghai Ranking.” Taking the Shanghai Ranking as our point of departure, we researched the most important characteristics of each of the top 100 universities on the list in order to reveal why each university appears where it does.

How do American universities stack up against the competition overseas? Next to each university in our ranking is the country where the university resides. The country that you’ll find overwhelmingly represented is the United States. Indeed, over half of the world’s hundred best universities (52 to be exact) are in the U.S.

As you scan this list, you’ll notice some interesting things. Of the top ten universities in the world, the top eight are in the United States. Most of the Ivy League schools are on the list. Also, most of the University of California campuses are on this list as well.

To assist our readers in seeing how American universities compare to themselves, we also include, in brackets, the relative rankings of U.S. universities.