Meet the Sex Shops in Austin, Tex., That Put the Cocks in ‘Cocks Not Glocks’ 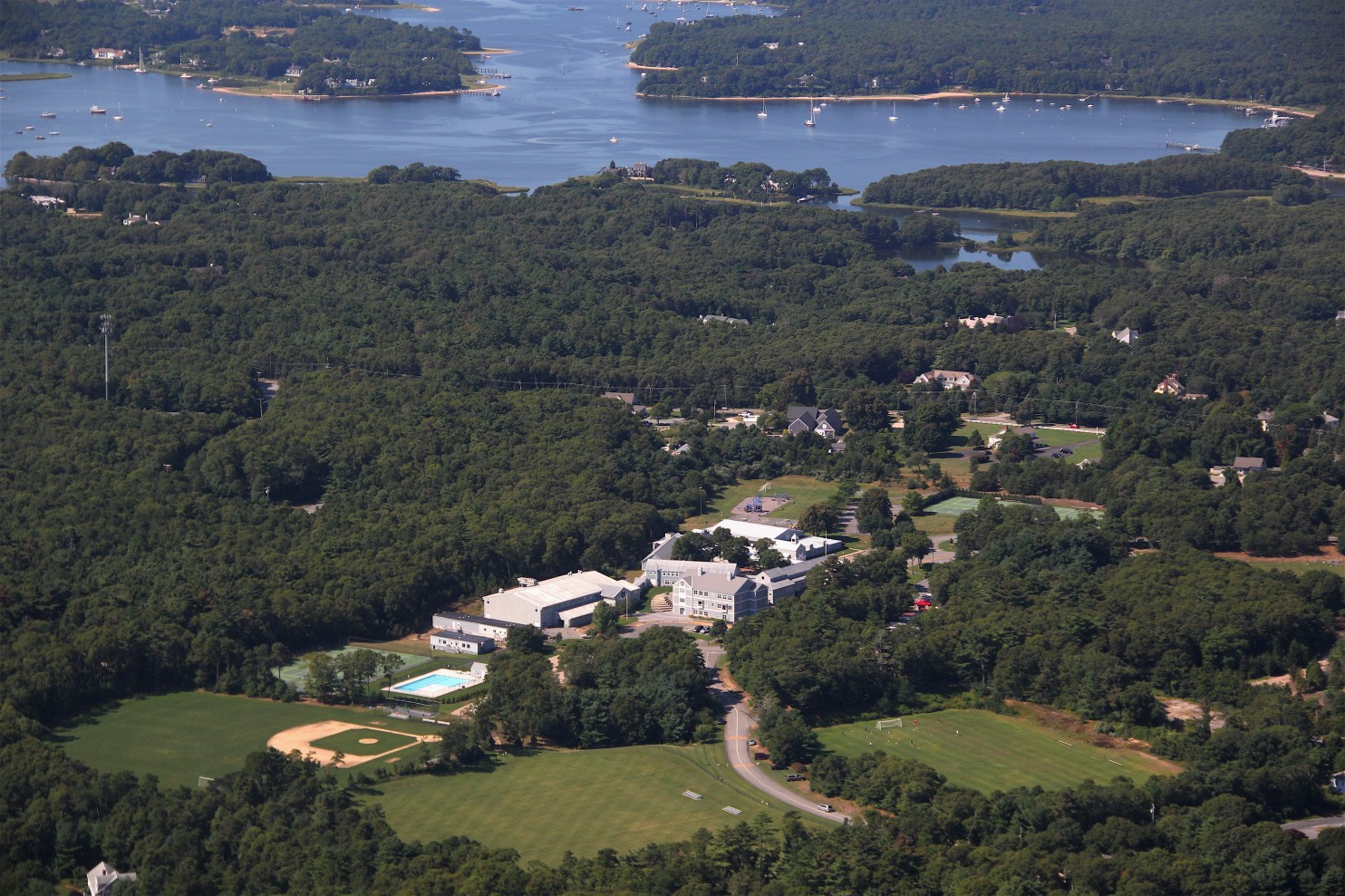 OSTERVILLE, Mass. — When the lunch bell rings at Cape Cod Academy, students line up for a weekly treat — food from Great House, a local Chinese restaurant.

At first glance, the piles of fried rice and barbecue pork might seem ideal for the private high school’s international students. Nearly 20 percent of the student body is Chinese, and in the hallways, throngs of students can often be found chatting in Mandarin.

“They put too much oil in it,” says Yunshu Zhang, 18, a third-year student who, here, in a village of 3,500 people on the southern Cape coast, goes by Tony. “To be honest, that shop will probably shut off if it was in China.”

The international flavor of Cape Cod Academy, or CCA, contrasts sharply with local demographics. The school is in one of the state’s least-diverse counties — a summer oceanfront getaway in the town of Barnstable, about 70 miles southeast of Boston — with a population that is 93 percent white and less than 2 percent Asian, according to census data.

But in the wider context of U.S. education, CCA’s international program is part of a growing trend. Tens of thousands of Chinese students attend U.S. schools, a number that is rapidly rising as Chinese families look to tap into the nation’s top-tier colleges and universities — which now host hundreds of thousands of Chinese nationals seeking a U.S. degree.

[Hear Daniel A. Gross’s radio report on PRI’s The World]

“A lot of Chinese families are realizing that they have to get into the process earlier,” said Christine Yeh, a researcher at the University of San Francisco who studies the experience of East Asian immigrants in U.S. schools. That drives them to seek a U.S. high school education to gain an edge for college admissions. “It’s getting so competitive.”

The move is creating growing pockets of Chinese children in U.S. schools, sometimes in places not known for international diversity — such as Osterville. For the U.S. schools, the change can mean a financial windfall from full-paying Chinese families and an opportunity to broaden their student body’s horizons.

Joe Remillard, who directs the program at CCA, has begun hosting Chinese students in his home. “When we heard of this opportunity, we loved it, because then we could bring the world to our table,” Remillard said. Cape Cod Academy, a pre-K-through-12th-grade private school, started its program for Chinese students five years ago, after it began conversations with EduBoston, a company that serves as a middleman between recruiters in China and private schools in the United States. This year, 70 Chinese students applied to CCA and five were accepted, an admissions rate comparable to that of elite universities. The school has a total enrollment of 240 and all graduates are accepted to college, according to the school.

Chinese students who do gain admission to U.S. schools often struggle to adapt. When Zhang arrived from his home town of Guiyang, he worried that his U.S. classmates would see his mullet haircut and assume he was a bully. He felt that the move forced him to grow up, as he was living on his own with a host family, about as far from home as possible.

“You are alone,” he explained. “You are in charge of everything that you own. Your money, your cellphone, your studies, your future.”

Ziqi Zhao, a 17-year-old Beijing native who goes by Katherine, started to consider North American schools after a friend chose to study in Canada.

“I heard from TV and magazines about America’s student life,” she said, recalling how the idea did not immediately sit well with her parents. After weeks of discussion, they relented. “My parents were very worried.”

The move from China to the United States can seem especially pivotal because it is often a one-way street, meaning the Chinese students really have to stick it out through high school, even if it is not a great fit for them. “Once you leave your school in China, you can’t really reenter,” said Alexandra Tolischus, who is director of admissions at CCA.

And arriving in the United States as a Chinese student can be daunting, with a dramatic cultural difference but also a sense that many U.S. residents are cautious and skeptical, given the global competition between the two countries. Some parents worry that having Chinese students in their schools means that it will be even harder for their students as they seek higher education. “There is a sense of fear . . . that they’re so smart they’re going to take away spots in college from my child,” Tolischus said.

Zhang said he has encountered some stereotyping, but it does not really bother him when his peers call him a “math genius” or “science genius.”

“They may think we are nerds — nothing besides study. But to be honest, we are human beings as well. We play sports,” he said with a laugh. He plays basketball and lacrosse at CCA.

The influx of Chinese students can be a boon for the private schools that accept them, with the costs meeting or exceeding what one might pay for a private college education here, and the wealthy Chinese families footing the bill.

CCA costs international students about $50,000 per year, which covers tuition, a home stay, supplementary classes in English and global history, and fees for EduBoston and consultants in China.

According to Kason Park, EduBoston’s chief executive, the industry of international education has become so lucrative that hundreds of recruitment companies have entered the field. “A lot of private schools, and even public schools, look at international programs as a solution to their enrollment problems and financial problems,” he said.

Park said some of his competitors don’t provide enough help to the foreign students, which can cause concern on many levels.

“They bring these kids and place them into school, and they sort of cross their fingers and hope that things will work out,” Park said. In particular, he said some students feel isolated, and others act out against their host parents, who sometimes don’t have the proper supports in place to handle it. “These problems are rampant.”

“At what point is this a lucrative market, and at what point is this an opportunity to diversify the school?” Yeh said. Diversity, she said, should mean more than the presence of students from different backgrounds; it should be an educational philosophy that celebrates differences. The dining hall at Cape Cod Academy. (Daniel A. Gross/For The Washington Post)

Isabelle Lifton, 15, a member of the CCA Class of 2019, said she was a little surprised to find so many Chinese students when she started at the school. She said that while sometimes the Chinese students congregate and speak their native language, they also bond with the U.S. students and bring new perspectives.

“When I came to CCA, that was the first time I was really immersed with Chinese students,” Lifton said. “They’re on the teams with us, they’re in most of our classes with us. So it’s finding just another culture that you’re with.”

When lunch wraps up at the school, the platters of Chinese food are put away and groups of Chinese students rejoin their American peers as they head to class. Integration takes time, said head of school Thomas Trigg, adding that diversity is more important than profitability for his school’s international program.

Most important, Trigg said, is the chance for students and staff to learn from each other.

Zhao and Zhang plan to attend U.S. colleges after they graduate next year. Recent alumni of Cape Cod Academy have gone on to public and private universities including Penn State, the University of California at Los Angeles, Brandeis and Georgetown.

Zhao hopes to study piano at Boston’s elite Berklee College of Music; she is not sure whether she will ultimately return to China.

But Zhang thinks he will eventually go back to his native land. He hopes to stay in New England for college, with dreams of studying economics and education at Brown University just west of here, in part because he wants to help shape the Chinese educational system. Zhang thinks that his encounter with U.S. education has given him choices that he did not have in his home country.

“That’s what I want to take back to China,” he said.