Open Doors: How US colleges hooked up with controversial Chinese firms 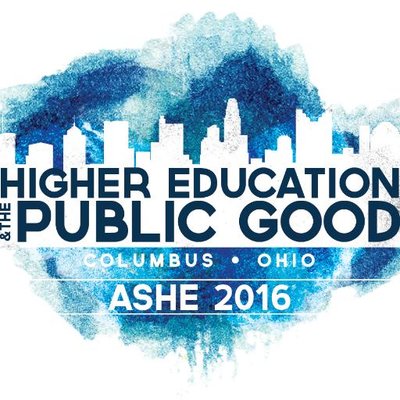 COLUMBUS, Ohio — B. Noble Jones recalled here, at the annual meeting of the Association for the Study of Higher Education, that before he was a doctoral student in higher education at the University of Georgia, he worked as an admissions officer. He represented Kenyon College and went to high school college nights, proudly telling Kenyon’s story to would-be students and parents, and being told, “You don’t have what I want to study.”

That experience, he said, reflects a challenge for liberal arts colleges. Should they expand course offerings outside the traditional arts and sciences disciplines to attract more students? Or does doing so put at risk the very mission of liberal arts institutions?

Jones and a fellow doctoral student — Erin B. Ciarimboli — aimed to find out how liberal arts colleges are changing their curricula, and whether those changes suggest a shift to the practical. They did this by looking at four liberal arts colleges, at various levels of prestige and wealth, and counting the number of courses in the catalog before the economic downturn that started in 2008, and recently. For each time period, they examined the percentage of courses that were professional, internship, applied or practical, a category they called PIPA.

Jones and Ciarimboli’s paper acknowledges limitations to the approach. Not every course is taught every year, and some courses may be crucial to a college’s identity, while others may be on the periphery. But they argued that long-term trends were still evident in the kinds of courses being added or subtracted to a college’s official list of options.

The four institutions they examined were Carthage, Randolph-Macon and Swarthmore Colleges and the University of Puget Sound. Jones and Ciarimboli used 2007-08 catalogs to represent pre-recession course offerings and 2014-15 to represent current offerings for the academic years studied.

Carthage had the highest percentage of PIPA courses pre-recession (27.9 percent), and that percentage was the same in the more recent catalog. But all the other colleges saw growth in the proportion of PIPA courses: Randolph-Macon from 14 to 16 percent, Puget Sound from 10 to 12 percent, and Swarthmore from 7 to 10 percent.

Another way the paper examines trends is to look at the percentage of new courses during the period studied. At Randolph-Macon, 34 percent of new courses during this period were in the practical PIPA fields. At Swarthmore in the period studied, 51 courses were added to the curriculum, of which only four were in traditional liberal arts disciplines.

Attendees here generally seemed to expect that Swarthmore would be immune to the pressures to add more courses with a practical orientation, yet it saw its catalog shift more in that direction than did the other colleges.

Tom Stephenson, Swarthmore’s provost, was not at the session, but he reviewed the paper at the request of Inside Higher Ed. He said via email that the overall focus was on a “historic trend among many liberal arts colleges — a growing ‘professionalization’ of the curriculum.” He said that “the literature is full of examples of this effect, with the shrinkage in the number of ‘true’ liberal arts institutions a national phenomenon, and one of genuine concern.”

But Stephenson said that a review of course titles from afar (he noted that the two authors wrote that they want to do a follow-up with interviews) yields an incorrect impression, at least about his college. For instance, he noted that a substantial portion of the increase in PIPA courses identified at Swarthmore is in an “educational studies” program in which students learn about teaching but also fulfill requirements in traditional liberal arts disciplines. So students in educational studies are not avoiding the liberal arts, Stephenson said, but are learning about education as well, and some obtain Pennsylvania teaching certification.

To Stephenson, this growth is not at all evidence of any abandonment of the liberal arts. “We see our students’ interest in educational studies as part of our institutional commitment to educating for future engaged citizenship and the common good,” he said.

But David W. Breneman, a former University of Virginia dean who has written several papers about what he sees as an erosion of the liberal arts within liberal arts colleges, said via email that he thought the approach taken in the paper was valid.

“The authors have performed an important service in delving deeply into actual course and curricular changes at four liberal arts institutions of varying size and wealth,” Breneman said. “Their study gives a much more finely grained look than previous studies based solely on majors. The general trend of these colleges to move toward greater emphasis on professional fields of study at the undergraduate level seems broadly confirmed, suggesting that labor market forces and the rising price of college are having predictable impacts on what students study. These creeping changes do not suggest a crisis for those who highly value the liberal arts, but they bear watching lest we ultimately lose a form of education essential to the successful functioning of civic society.”

At the end of the session here, Jones was asked whether he thought that adding PIPA courses was a wise strategy for liberal arts colleges.

He said he very much hoped liberal arts colleges would stay true to their missions. But he added, “I think that to complete ignore the consumerism or professionalism” demands of students would be “foolish.”