What’s Worse Than Waiting to Hear From Colleges? Getting Interrogated About It – WSJ

International students worth more than £25bn to UK economy 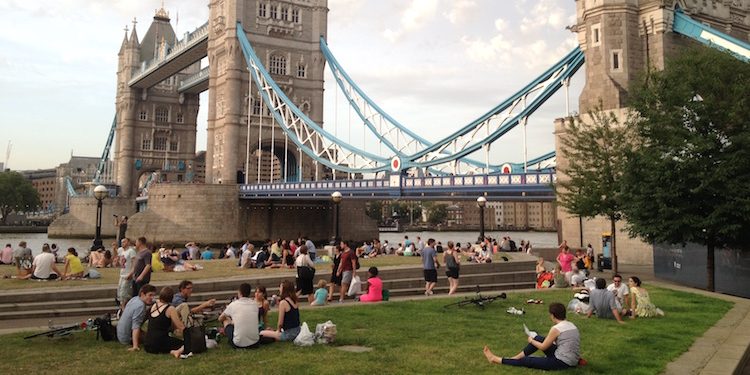 Spending by international students generated £25.8bn in gross output for the UK’s economy in 2014/15, new research from Universities UK has shown. Universities, meanwhile, earned £13.1bn in export receipts in the same year.

This on- and off-campus spending by the UK’s 437,000 EU and non-EU students supported the equivalent of 206,600 full-time jobs across the country.

“This is not something limited to London or to one or two big cities, but to towns and cities across the UK”

And the figure contributed £13.8bn gross value to GDP, 80% of which can be attributed to non-EU students, the Economic Impact of International Students report calculates.

As tense discussions over immigration in the UK continue in the context of Brexit negotiations, the report is a timely reminder of the value of the country’s international education sector – particularly, in fact, the non-EU segment.

According to The Times last week, 30 MPs from the Prime Minister’s own party are calling for her to remove foreign students from net migration figures.

The new data reveals that nearly a fifth of total spending – £4.8bn – was on tuition fees, which accounted for 14% of total university income in 2014/15 overall.

Unsurprisingly, given their higher tuition fees, non-EU students accounted for the bulk of this spending: 88%, or £4.2bn.

Subsistence spending, including payments to universities outside of tuition fees, added up to £6.1bn, including £5.2bn spent off-campus.

The transport industry was one of the biggest beneficiaries of this off-campus spending (£1.2bn), followed by the retail sector (£750m).

The report emphasises the ‘ripple effect’ international students have in the UK economy. Their presence in the UK provides an additional indirect boost to the economy, in the form of £520m in spending by their friends and relatives.

And this has a further indirect impact on the supply chains in sectors such as transport, hotel and hospitality. Overall, the report estimates that spending by international students’ overseas visitors generated £1bn in gross output in 2014/15, supporting 11,000 jobs.

“These figures highlight the enormous economic contribution international students now make to UK plc and to jobs and communities in every region of the UK,” commented Universities UK’s president, Julia Goodfellow.

“The spending of international students and their visitors now provides a major export boost for the UK economy. This is not something limited to London or to one or two big cities, but to towns and cities across the UK.”

At £3.3bn, London’s export earnings from international students were more than twice that of any other English region, but the report demonstrates that other regions also saw a sizeable financial benefit from hosting internationals students.

The South East saw export earnings of £1.6bn, while the North West and the West Midlands followed, each with around £1.1bn.

However, Goodfellow stressed that the positive impact of international students on the UK is not limited to their financial contribution.

“While this report focuses on economic impact, it is important to remember that international students also enrich our campuses and the experience of UK students, both academically and culturally,” she said.

“Many return home having built strong professional and personal links here that provide long-term, ‘soft power’ benefits for the UK.

MillionPlus, the UK’s association of modern universities, meanwhile used the analysis to highlight the importance of providing certainty for EU students as Brexit negotiations approach.

Pam Tatlow, chief executive of MillionPlus, said the analysis “shows the contribution that EU students make in their own right to universities in the UK” but that “Brexit brings a new dimension and potentially new challenges”.

“It is essential that the future status and mobility of both European and UK students form a key part of the negotiations to leave the European Union,” she commented.

Rebecca Hughes, director of education at the British Council, added that “1 in 5 of all students in UK universities are international and contribute greatly to UK university success – many courses would not be available to UK students without the presence of international students.”

Source: International students worth more than £25bn to UK economy