Dear International Students: This is Not Normal | GradHacker

US: Trump’s revised travel ban threatens to ‘adversely impact’ HE 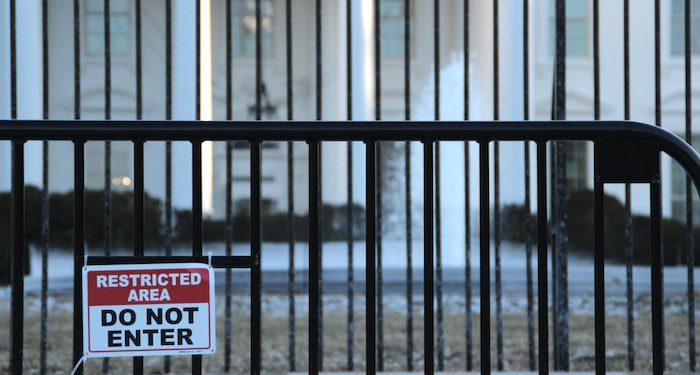 President Trump has today signed a new executive order banning citizens of six countries from travelling to the US for 90 days. His secretary of homeland security underlined that those with current authorisation to enter will not be affected, but US HE stakeholders remain concerned about the potential consequences for the sector.

The executive order, which excludes Iraq from the previous executive order‘s list of targeted countries, will prevent many citizens of Iran, Libya, Somalia, Sudan, Syria and Yemen from travelling to the US for the 90 day period.

The order also suspends the US refugee programme for 120 days. However, unlike the previous iteration of the order, Syrian refugees will not be subject to an indefinite ban.

The executive order will come into effect on March 16.

Notably different from the previous executive order, signed on January 27, the new travel ban outlines that those from the impacted countries holding permanent residency in the US, or dual citizenship, will be able to enter without any problems.

And those who already hold valid visas will be able to enter the country. However, those with visas due to expire will have to reapply.

“Nothing in this executive order affects current lawful permanent residents or persons with current authorisation to enter our country,” Secretary of Homeland Security John Kelly said in a statement.

“If you have a current valid visa to travel, we welcome you. But unregulated, unvetted travel is not a universal privilege, especially when national security is at stake.”

But the American Association of State Colleges and Universities said in a statement that “While we understand and respect the president’s stated goal of securing our homeland, we also believe that a categorical ban on the entry of individuals based purely on national origin will undermine the ability of our public institutions to attract the best minds to teach and study at our state colleges and universities.”

This revised executive order, while an “improvement” on the original, “remains overly broad in scope and threatens to adversely impact higher education in America”, the statement said.

George Burke, international admissions and recruitment specialist at the University of Albany, predicted that “international students will definitely turn away from the US”, whether or not they the order actually prevents them from entering the country.

“Students and families don’t break down the particulars,” he told The PIE News. “They hear of people being banned.”

Both undergraduate and postgraduate enrolments could be affected by the order, exacerbated by uncertainty surrounding potential changes to the Optional Training Programs and H-1B visas, warned Rahul Choudaha co-founder of interEDGE — a US-based provider of support services for international students. “The total package [of reforms] could be unnerving for many international students,” he commented.

“Given the admissions timelines, the damage has been done,” he said.

“It is difficult to go back to fix the perceptions of prospective international students and families who are concerned about safety at the very basic level and a possible increase in discriminatory experiences in the communities.”

Eddie West, director of international programmes at UC Berkeley Extension, echoed that “Aside from the substance of the move – barring entry to students and scholars from the countries named – the message that’s sent to the rest of the world could hardly be more negative.”

“Like the previous one, the new executive order will of course have a very adverse impact on the work of international educators,” he predicted.

“This should energise those of us in this field to work harder and smarter to combat the rhetoric and policy-making coming out of Washington, DC,” he urged.

And the Association for International Education Administrators, whose recent conference was dominated by discussions of how to reevaluate global education in the Trump era, issued a call to arms for educators to stand in “full solidarity with all those international students and scholars impacted by these new policies”.

Within hours of the executive order’s announcement, US education institutions began reassuring the international students and staff it might affect.

“Our [international] office will do everything we can to support affected students and scholars as we work through the implications of the new order,” the University of Texas at Austin pledged, in a statement on its website.

“International students and scholars are vital to the mission of the university, and we deeply value the opportunity to work with them.”