WeChat Marketing: 10 tips to market your brand on WeChat in China

Deep Cuts at Aquinas in Tennessee 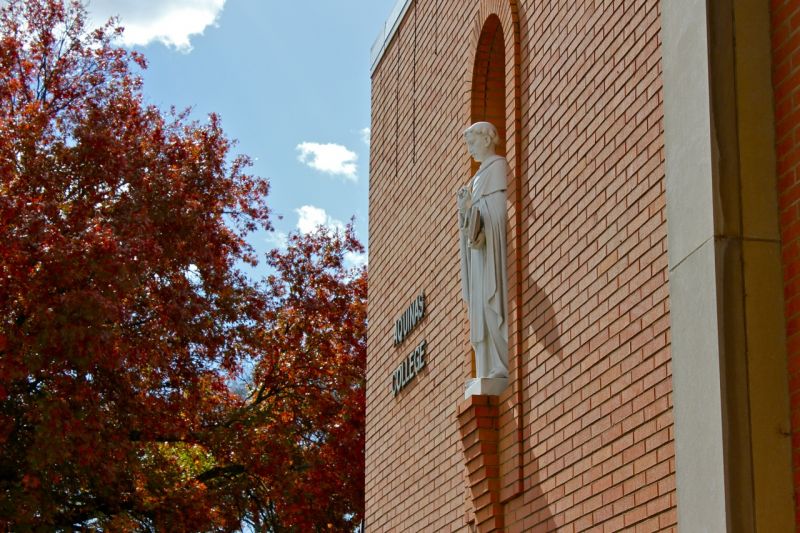 Located in one of the fastest-growing regions in Tennessee, Aquinas College in recent years seemed to be well on its way toward expanding into a traditional residential four-year liberal arts college.

The Roman Catholic college in 2015 broke ground on a $9 million dormitory that was its first new building in 39 years. It started graduate studies in its School of Education in 2012. It added residential life that same year, basing its program on the Oxbridge house system.

Then on Friday leaders announced a major change, shrinking the college and moving it back toward its roots as a normal school. Aquinas College will cut degrees in arts and sciences, business and nursing. It will eliminate residential housing and student life activities. And, significantly, it will not be accepting any federal funding.

Those changes mean Aquinas College, which is owned and operated by the Dominican Sisters of St. Cecilia Congregation, will be focused on training teachers, mostly Dominican sisters, for classrooms in Catholic schools. It will still accept lay students — men and women who want to earn degrees in education. It will also teach courses in philosophy and theology.

But the college will be laying off roughly 60 of 76 staff and faculty members. About 140 of about 250 students will need to finish their degrees elsewhere — the college says it is in contact with more than a dozen schools about teach-out agreements, and The Tennessean reported many Nashville-area institutions are negotiating around tuition and financial aid for Aquinas College students.

The college’s president, Sister Mary Sarah Galbraith, explained the changes as stemming from a combination of financial difficulties, uneven enrollment levels and development struggles. She also pointed to the complicated prospect of running a traditional college.

“The congregation has concluded that there is no viable long-term solution which would adequately support a traditional college with residential and student life without placing both the college and the congregation in serious financial risk,” she wrote in a publicly posted letter.

“This decision is a difficult one because of its impact on the lives of our students, faculty and staff,” the letter continued.

At first glance, the discussion of finances and risk would appear to slot Aquinas College into a conversation with other small private colleges closing or curtailing operations in light of financial trouble. Saint Joseph’s College in Rensselaer, Ind., in February announced plans to suspend academic activities on campus after graduation this spring, citing a cash crunch. Analysts have also predicted a sharp uptick in the number of college closures in coming years.

While finances played a significant role in the changes at Aquinas College, leaders and experts said it would be wrong to draw a singular line between broad trends in higher education and the college’s new direction. The Sisters of St. Cecilia were weighing budget deficits and enrollment trends with a particularly conservative outlook.

“Aquinas has always looked to grow and has tried different programs over the years,” said Sister Anne Catherine Burleigh, spokeswoman for the Dominican Sisters of St. Cecilia Congregation. “With the projections and the reality not quite matching, you follow those for a while and then you think we need to make these hard decisions to try to get ahead of the curve so we can plan responsibly for our future.”

The college faced budget deficits in recent years, she said. For the 2016-17 year, its deficit was about $1.9 million on a $12.7 million budget. The college has faced cash-flow problems at various points, including last June.

Aquinas College has drawn down its endowment as it paid for expenses. The college’s endowment dropped from $10.4 million as of June 2015 to about $5 million at the end of June 2016, according to its federal tax statements.

College leaders did not want to become a small institution accruing debt, Sister Anne Catherine said. They wanted to make a financially responsible decision that would allow the institution to operate in the future.

“We recognize, particularly as a religious community, we cannot take on debt,” she said. “It would not be financially responsible to do that. We can’t take some of the risk that a lot of colleges are able to take.”

The financial difficulties came as the college’s enrollment fell. In 2012, its enrollment was just over 600, Sister Anne Catherine said. At the start of the fall semester, it had dropped to 344. Today it is 257.

Enrollment dropped after the college decided to phase out an associate of science in nursing degree in favor of a four-year bachelor of science in nursing degree, according to Sister Anne Catherine. Aquinas College’s enrollment has typically been strongest in its nursing program. It made the change to keep up with national trends, expecting a subsequent drop in enrollment. But it has not been able to recover.

That left leaders evaluating the college’s identity as they thought about its future. Aquinas College traces itself back to the founding of the Saint Cecilia Normal School in 1928. That school went through numerous changes over the years, being replaced with Aquinas Junior College and opening to the public in 1961, enrolling its first male students in 1962 and starting its associate of nursing program in 1983.

“We look at organizations now that are really focusing on their core, asking themselves the question of what we can do best,” Sister Anne Catherine said. “The Dominican Sisters of St. Cecilia have a long and strong tradition in Catholic education.”

Leaders said they are foregoing federal funds because processing federal aid is labor intensive and few students will be interested in it. A majority of the college’s students in the future will be religious sisters, and sisters at the institution have never taken federal aid, they said.

Small colleges are often heavily reliant on tuition and can find their futures in serious jeopardy if enrollment drops. Aquinas College did not have a large enough endowment to compensate for its low enrollment, said Richard Ekman, president of the Council of Independent Colleges.

“Unless you have a big endowment, you need to have a reasonable-sized institution,” he said. “Aquinas in Tennessee is very small. It’s not sufficient to distribute the cost of the central services that every college has to have.”

It’s somewhat surprising to see major cuts at an institution in Tennessee, where college enrollment is going up, Ekman said. Aquinas is not located in a rural area, either — it’s in Nashville, a quickly growing metropolitan region.

But the admissions market can still be volatile. And many believe Aquinas College is changing for reasons beyond the larger financial winds buffeting many other liberal arts colleges.

Some Catholic institutions are examining their models, both financial and structural, said Michael Galligan-Stierle, president and CEO of the Association of Catholic Colleges and Universities. For instance, Silver Lake College in Wisconsin moved in 2015 to become a work college.

“I am seeing a number of schools talking more seriously about a way to reconstitute themselves,” Galligan-Stierle said. “I think people are going to find ways to think about who they are.”

The development should not raise eyebrows about the state of higher education in Tennessee, said Claude Pressnell, president of the Tennessee Independent Colleges and Universities Association. The Dominican Sisters of St. Cecilia Congregation has decided to go in a different direction, he said.

“For those who demand to understand this through the lens of traditional higher education, it will be a head-scratcher,” he said. “For those who are familiar with their faith community, it’s not.”