Students Stop U.S. Immigration Officer From Speaking at Northwestern U. – The Ticker – Blogs – The Chronicle of Higher Education 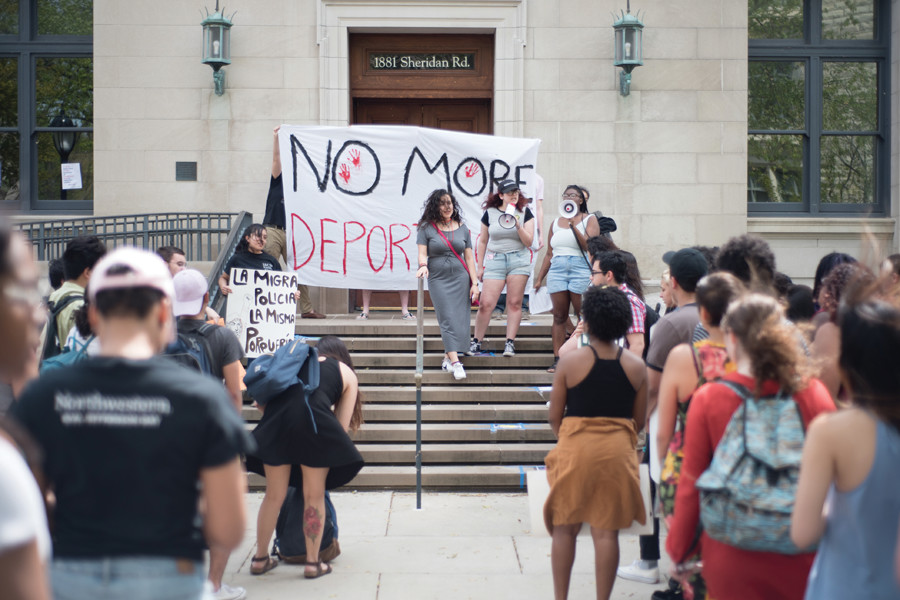 Students at Northwestern University disrupted a sociology class on Tuesday to protest the visit of an officer from U.S. Immigration and Customs Enforcement.

The Daily Northwestern reports that members of student groups gathered outside the campus building where the ICE representative was beginning a guest presentation. The sociology course focuses on “inequality in American society with an emphasis on race, class, and gender,” its syllabus says.

According to the student newspaper, the protesters carried banners and yelled profanities. Administrators told the protesting students they would be allowed into the classroom if they did not disrupt the presentation. The students entered, and the officer left. Protesters asked the sociology professor, Beth Redbird, why the officer had been invited.

Some demonstrators explained that having an ICE officer on the campus was hurtful to those who might be undocumented or are close to people who are.

“It legitimizes ICE’s violence, it makes Northwestern complicit in this,” April Navarro, a student who helped organize the protest, told the paper. “There’s an unequal power balance that happens when you deal with state apparatuses.”

Ms. Redbird said she had canceled a second speaker, an undocumented student, for fear of the person’s safety.

Source: Students Stop U.S. Immigration Officer From Speaking at Northwestern U. – The Ticker – Blogs – The Chronicle of Higher Education