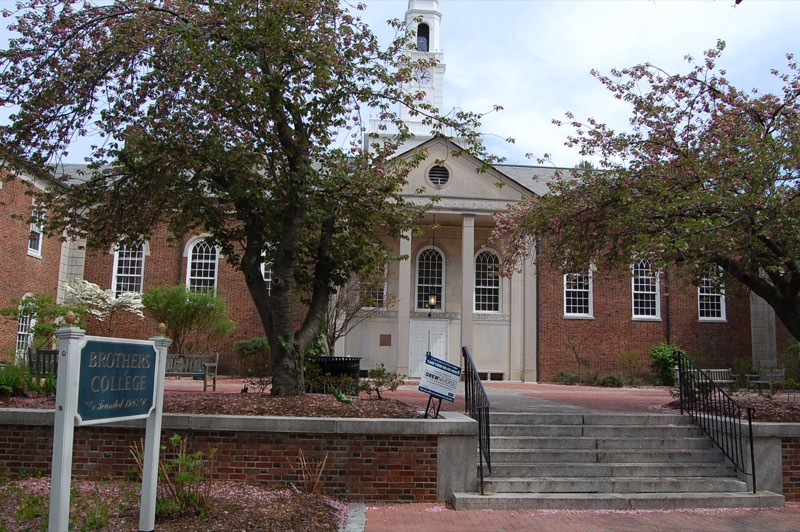 Drew University today announced it will lower its tuition by 20 percent—from $48,336 this year to $38,668 next year—rolling it back to 2010 and narrowing the gap between its “sticker price” and the amount many families pay after financial aid.

College tuition is too high. Since 2010, tuition and fees have increased by 25 percent at private colleges and by 16.5 percent at public colleges–all while family incomes have remained mostly flat.

For many families–especially middle-class families who may not qualify for need-based aid–a college education may seem out of reach. But the reality is that most students do not pay a school’s full tuition price thanks to generous financial aid.

For example, Drew awarded about $35 million in scholarships and grants to its students this year and about 80 percdnt of them received financial aid. Its average total financial aid award was $39,700 and average scholarship/grant was $29,000.

“Drew’s published price has deterred some families from considering the hallmarks of a Drew education—our professors who work one-on-one with students, our real-world learning experiences, our connections to our neighborhood and to New York City and our 94 percent success rate in the job market or graduate school within six months of graduation. Our lower tuition will open Drew’s door to many who thought it was closed to them,” said MaryAnn Baenninger, president of Drew.

Drew takes this step as it celebrates its 150th year and a period of exceptional growth. Drew experienced a 27 percent increase in incoming students in three years and an increase of 50 percent in transfer students in four years.

Washington Monthly named Drew a “Best Bang for the Buck” school in 2016 and The Princeton Review twice chose Drew as one of only 50 “Colleges that Create Futures.”

Building on its strong foundation, Drew has invested, and will continue to invest, in its strengths. Recently launched liberal arts majors and minors include media & communications, creative writing, film studies, data science and statistics.

Its number of New York City semesters has doubled, with the newest additions in Communications and Media, Social Entrepreneurship and Theatre. The University also recently opened a new dining hall and new science labs, and welcomed new sports teams.

“The tuition reset lowers our price below that of many colleges and universities to which our students also apply,” said Bob Massa, senior vice president for enrollment management and institutional planning.

“This plus the advantages of our excellent faculty mentors, our innovative programs and generous financial aid equals a Drew degree that is more valuable than ever.”

Additional information on this initiative can be found at www.drew.edu/letsbeclear.

It has an enrollment of more than 2,000 students who hail from 45 countries, and 145 full-time faculty members, 94 percent of whom hold the terminal degree in their field. The College of Liberal Arts confers BA degrees in more than 30 disciplines and the Theological and Caspersen Schools offer MA and PhD degrees.

Drew is dedicated to exceptional faculty mentorship, a commitment to connecting the campus with the community and a focus on experiential learning. Noteworthy opportunities for undergraduates include the Charles A. Dana Research Institute for Scientists Emeriti (RISE), home of 2015 Nobel Prize Winner for Medicine and Drew Fellow William Campbell, the Drew Summer Science Institute (DSSI) and the Center for Civic Engagement, as well as New York City semesters focusing on Wall Street, the United Nations, Contemporary Art, Theatre, Social Entrepreneurship and Communications and Media.

Drew’s theater program is one of the top five in the country, The Princeton Review twice named Drew one of only “50 Colleges that Create Futures” and Washington Monthly listed Drew among its “Best Bang for the Buck” schools.

Drew also houses the Center on Religion, Culture & Conflict, the Center for Holocaust/Genocide Study and the Shakespeare Theatre of New Jersey, an independent professional theater, as well as the United Methodist Archives and History Center and one of the country’s leading concentrations of materials on Willa Cather. Please visit www.drew.edu for more information.