The Most Haunted Colleges in America | Reader’s Digest

Are International Students Next On The Menu? 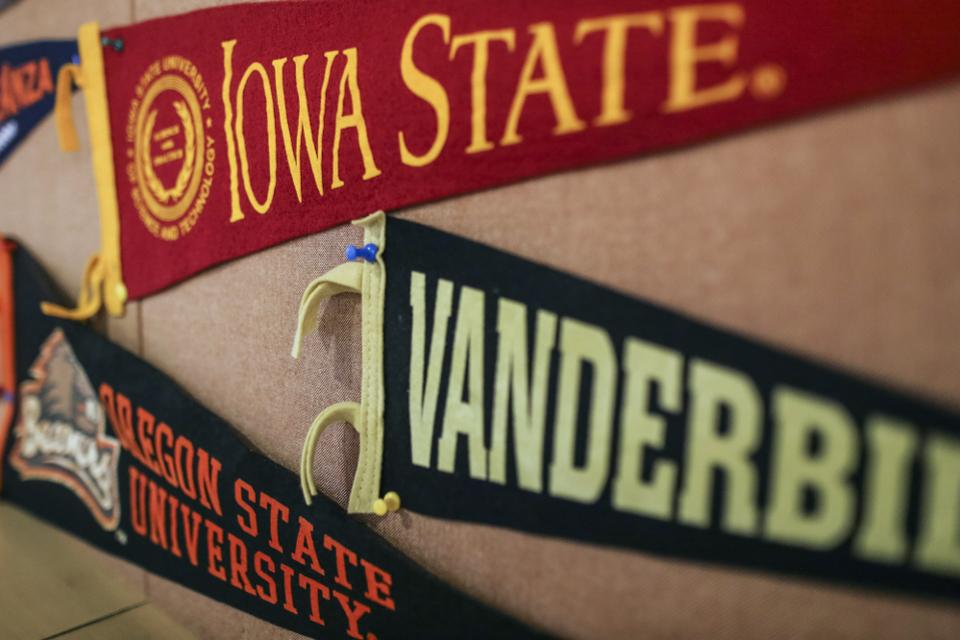 Sources in the business and legal community say the Trump administration is considering eliminating the regulation on STEM OPT (or Optional Practical Training). A recent report from the National Foundation for American Policy explains why that would be a bad idea.

The rule allows international students in science, technology, engineering or math (STEM) fields to work three years after graduation – an additional two years beyond the 12 months of work authorization allowed under Optional Practical Training for all foreign students. The Bush administration created STEM OPT in 2008, in large part to prevent the U.S. from losing students unable to obtain H-1B status. The U.S. government has permitted international students to work post-graduation since 1947. In 2008, the Bush administration extended OPT an additional 17 months (or 29 months total) for international students in STEM fields.

In response to a lawsuit, the Obama administration finalized a March 2016 rule extending the period for international students in STEM fields by two years, or three years total. The Trump administration may rescind this additional two year period.

To rescind the rule, the Administration would need to find it either unlawful or economically harmful to the country. However, the legal and economic case for keeping the STEM OPT regulation is strong. Cornell Law School Professor Stephen Yale-Loehr explained in an interview that a federal court has already held that the Department of Homeland Security (DHS) has the legal authority to publish a rule extending OPT to students in STEM fields.

If the legal route turns out to be a dead end, then the administration would have to try making an economic argument that likely no reputable economist would support, namely that allowing highly educated individuals in vital technical fields to remain and work in America hurts the U.S. economy. An argument that each of the approximately 45,000 international students who receive STEM OPT every year takes a job from a U.S. student would not pass a legal or economic test.

An analysis by Glassdoor shows that nine of the 10 highest paying majors five years out of college are in STEM. The Conference Board reported in August 2017 there are currently almost five times as many online ads as unemployed people for computer and mathematical science jobs.

Foreign nationals today account for 81% of the full-time graduate students in electrical engineering and 79% in computer science, and well over 50% in the fields of industrial, petroleum, mechanical and civil engineering, according to the National Science Foundation.

Dr. Grace Atebe, the director of the Office of International Services at Oregon State University, explains that a primary reason many international students come to the U.S. is the opportunity to learn outside of the classroom through university partnerships with businesses. Educators consider Optional Practical Training an extension of the educational experience for students beyond the classroom (i.e., “practical training”), since it permits international students to put into practice what they have learned. As Dr. Atebe explains, limiting or eliminating that practical experience would make an education in the U.S. less rewarding for international students and encourage them to seek educational opportunities in Canada, Europe or elsewhere.

“The increase in both the size and number of graduate programs in science and engineering at U.S. universities indicates U.S. student enrollment has not been held down by the lack of available slots at U.S. graduate schools,” noted a National Foundation for American study on trends in graduate student enrollment over the past 20 years. In other words, any qualified American who wants to attend graduate school today in science and engineering fields can find a program.

Having interviewed several companies, it’s also clear eliminating STEM OPT would hurt both recruitment and employee placement. Because the supply of H-1B visas is exhausted each year, it can take a number of attempts before a company secures one for a high-skilled foreign national employee. Without STEM OPT, gaining approval for an H-1B would become unlikely because international students could only stay 12 months in OPT status, rather than the 3 years STEM OPT allows.

Smaller or startup companies would lose opportunities to grow and multinational companies would place many international students outside the United States or risk losing them, since without an H-1B visa these students could not work long term in America. That would shift more resources out of the U.S. and leave fewer complementary jobs for U.S. workers.

This isn’t surprising since around 80% of the full-time graduate students at Purdue and Indiana University in fields like computer science are international students. That is simply the labor market companies like Cummins face. Meyer notes that without access to foreign-born talent it would be difficult for manufacturing companies such as Cummins to grow and innovate in the United States. Those who argue this isn’t the case are typically neither entrepreneurs nor human resources specialists responsible for recruiting talent.

To put this in perspective, countries like Canada, Germany and Australia make it pretty easy for international students to work after graduation.

A little more than a year ago, a well-known person tweeted: “When foreigners attend our great colleges & want to stay in the U.S., they should not be thrown out of our country.” That person was Donald Trump. The people in his administration should heed the wisdom of that tweet.

Source: Are International Students Next On The Menu?