Yes, everyone in admissions knows that certain groups of students — those who graduate from good high schools and have parents able to pay a significant share or all of their tuition and other college expenses — are shrinking in number. And the situation is more severe in the Northeast and Midwest, where populations are shrinking, than in other parts of the country.

Those demographic realities, known for years, have led colleges to adjust strategies: new programs to attract adult students. Online education. More outreach to parts of the country where the population is growing. Attracting full-pay international students. Some combination of those and other ideas will work for most institutions, enrollment professionals have said. But what if they are wrong? What if the demographics are about to get much worse for higher education than the experts have expected? 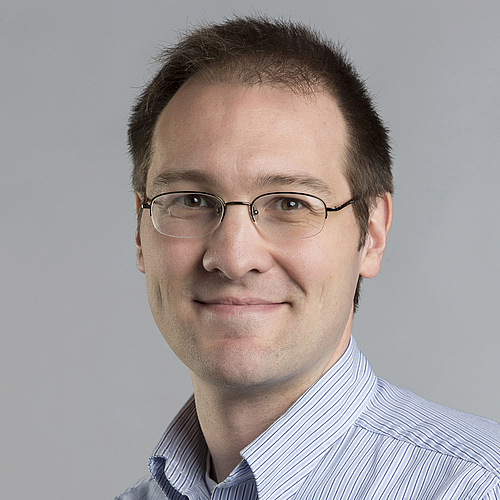 Optimists and plenty of others in higher education may be concerned by Demographics and the Demand for Higher Education (Johns Hopkins University Press), in which Nathan D. Grawe (right) suggests a bleak outlook for most institutions when it comes to attracting and enrolling students.

Grawe, a professor of social sciences at Carleton College, is not the first researcher to predict challenging changes in the demographics of potential college students. The Western Interstate Commission for Higher Education has issued a series of reports that suggest a drop in the number of American high school graduates, as well as changes in the makeup of that population. These reports have led many colleges to vow to increase recruitment of the first-generation, minority students (especially Latinos) whose share of the population is growing, and of adult students.

But Grawe takes what he considers a more precise approach to forecasting. He starts with generally accepted figures that show the (traditional) college-age population dropping in the Northeast and Midwest by about 5 percent by the mid-2020s. But he then tracks birth rates and finds that the economic downturn that started around 2008 led many people to delay starting families. The impact, starting around 2026, could mean a loss of 15 percent of the typical college-going population.

And if that’s not enough to scare admissions leaders (and perhaps to give college counselors in high schools more confidence on getting students in), Grawe developed a formula called the Higher Education Demand Index, or HEDI. This applies demographic trends to college-going rates. Rather than assuming the same rates in the future as today, Grawe looks at the rates for different socioeconomic groups. Those groups who will make up a growing share of the population tend to have lower college-going rates, on average, than groups whose share of the population will be shrinking. Based on his index, the outlook should scare most nonelite colleges.

Grawe responded via email to questions about his new book and the index.

Q: How did you develop the Higher Education Demand Index and what does it measure?

A: Existing forecasts of population or high school graduates are of limited value to administrators and policy makers because they do not distinguish between those who will attend college and those who will not. What’s more, they provide the same forecast to two-year colleges as to elite four-year institutions. The HEDI addresses these concerns by weighting population forecasts by the probability of college attendance. With data from the Education Longitudinal Study (ELS), which records specific institutions attended by each survey respondent, I use basic demographic information — sex, race/ethnicity, geographic location, parent education, family income, family structure and nativity — to estimate the probability of attendance at colleges of different types. These probabilities are then applied to head-count data from the Census Bureau to create nuanced forecasts of the number of college attenders from states and metropolitan areas, disaggregating the expected demand for two-year schools and three distinct tiers of four-year institutions.

Q: You seems to be optimistic about highly competitive colleges — even though their traditional demographic (well prepared recent high school grads, with the ability to pay) may be shrinking. Why are you optimistic?

A: It is true that some important pools for elite schools are shrinking. Specifically, in the Northeast and the eastern half of the Midwest we have 20 percent to 25 percent fewer college-going students. These changes reflect a combination of longstanding population shifts toward the South and West combined with a deep (13 percent) drop in birth rates following the financial crisis. But two trends provide a positive counterbalance.

First, increases in college matriculation over recent decades will lead to larger numbers of students with parents who have attended college. Second, the number of Asian-Americans is increasing. (In fact, Asian immigrants have outnumbered Hispanics for almost a decade now.) Asian-Americans and students with college-educated parents are significantly more likely to attend college themselves. When all of the demographic trends are combined, the HEDI predicts a 13 percent increase in the national demand for elite institutions between now and the end of the 2020s. Moreover, the change in the geographic distribution of elite college students will be less dramatic than that for the population as a whole. Of course, institutions aspiring to recruit the best students would be wise to adjust recruitment strategies so that they can tap into growing pools of students west of the Mississippi River.

Q: For many other sectors, you seem to be pessimistic. Why?

A: Unfortunately, the existing forecasts are correct in predicting a declining demand for higher education as a whole. Because more than 70 percent of all students will attend some college, major swings in the population inevitably drive major change in this broadest measure of attendance. Relative to today, the HEDI forecasts 10 percent fewer college-going students by 2029. If elite schools are expected to see greater demand due to rising parent education and other demographic changes, this only means that reductions in demand for less selective institutions will be just that much greater.

This observation also has an application to institutions. Some people dismiss the import of current demographic trends because they recruit from a narrow set of high schools with solid enrollment projections. But if your own school is doing better than average, then someone else must be doing worse than average. We should not expect struggling schools to accept their lot; rather we should expect them to shift recruitment to the (relatively few) healthy markets they can tap into. Institutions with healthy pipelines can expect increased competition. This is true even for elites for whom the national trend is positive.

It’s also important to remember that less selective schools serve highly regional markets. In the ELS, 75 percent of students attending a two-year institution went to a school within 35 miles of their high school. The fact that the numbers of students attending two-year colleges will grow robustly in the Mountain West is of little importance to schools in the Northeast and Midwest where two-year enrollments are expected to fall by at least 7.5 percent in each state and metropolitan area with the exception of Wisconsin (where such enrollments are expected to fall 6.4 percent).

Q: Right now there are many efforts to change historic enrollment patterns. For example, there are efforts to recruit and enroll more first-generation students, minority students, veterans, community college transfers and more. Could your index be criticized for assuming that past patterns will hold?

A: That’s a reasonable critique of all forecast models. By definition, forecasts must make assumptions based on current data, knowing full well that the future may be different. For example, demographic-based forecasts of enrollment drops in the 1980s and 1990s were wrong. In that case, unexpected enrollment increases were driven by rising gender equality in attendance, increasing numbers of nontraditional students and a tripling of the returns to a college degree.

Now that female students outnumber men and more than one-quarter of all enrollees are older than 25, it seems unlikely that the first two factors will shield higher education from this round of demographic pressure. And recent estimates suggest that the wage premium associated with a college degree may actually be falling.

The HEDI actually allows us to go a little further than this informal analysis, however. We can ask it hypothetical questions like, “What if we were to change the parameters in the probability models, making all income groups look more like the highest-income group in terms of college attendance? What if all races/ethnicities acted more like Asian-Americans in their matriculation patterns?” Even if we assume incredibly effective outreach to lower-income families and underrepresented groups, the HEDI shows qualitatively similar results. In fact, such change could make things worse for less selective institutions as students become more likely to seek out more selective forms of education.

Ultimately, the HEDI forecasts aren’t intended to be “right” so much as to put a spotlight on challenges that lie on our current path. In fact, I hope that schools respond to the information in the model with better retention policy or new recruitment strategies and so survive or thrive despite demographic hurdles. This would make the forecasts look wrong by putting them to good use.

Q: Many college leaders outside elite higher education seem to assume there is a magic bullet for admissions success — that some combination of better marketing, more out-of-staters, more international, lower tuition or something — will just do the trick. What is your message for them?

A: Psychologists tell us that our brains struggle with paradigm shifts. Despite obvious evidence of a sea change, we are predisposed to seek status quo solutions. As uncomfortable as it may be to face up to the demographic challenges ahead, we will feel much less comfortable if we ignore these realities until the end of the 2020s when enrollments are in free fall. With so much lead time, thoughtful planning using nuanced forecasts should better prepare us for the storm ahead. The HEDI forecasts are intended to provide campus leaders the basis for just such discussions.

Source: New book argues most colleges are about to face significant decline in prospective students