Why Is a College-Admissions Code of Ethics Such a Big Deal? – The Chronicle of Higher Education 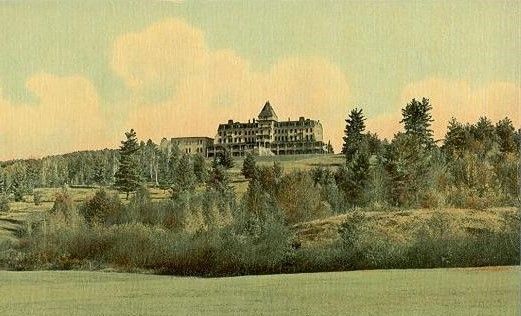 Alexander Astin and Calvin Lee wrote a report in 1972 about small, private four-year colleges, examining 491 nonselective institutions they dubbed “invisible colleges” because they weren’t well-known and few observers were worried about their well-being.

The report was written for the Carnegie Commission on Higher Education. A foreword by commission chairman Clark Kerr said many of the institutions were on the brink of closure, and the report recommended institutions enrolling fewer than 1,000 students increase in size. It also said the smallest institutions might be redundant or might need to close.

More than four decades later, at a time when there is much worry about the health of small colleges, new research published last month in The Journal of Higher Education looks again at the 491 institutions Astin and Lee originally described as invisible. It finds 80 of the original invisible colleges had closed as of 2012-13. Another 57 had merged, lost accreditation, changed over to public status, converted to for-profit status or become a two-year institution.

There are two ways to look at those statistics. Those who are optimistic about the future of small liberal arts colleges will argue that they reflect a resilient sector in which seven out of 10 institutions are still alive and recognizable despite massive changes across higher education. Skeptics will point out three in 10 colleges are closed or have had to make changes to their core identity to stay open.

The primary author of the research sees it as showing that the invisible colleges have largely been able to adapt to survive.

“I think, over time, as higher education changes and institutions change, there are going to be institutions of all types that close,” said the new study’s author, Melissa Tarrant, who is director of the advising center at the University of West Georgia. “I don’t see that the invisible colleges were closing at any drastically different rate than other institutions.”

No matter which way you read the statistics, Tarrant’s research clearly demonstrates several ways invisible colleges changed substantially. On the whole, the group became larger and more selective. It enrolled more part-time students. Single-sex education disappeared almost entirely from its ranks. Colleges that endured were more likely to be religiously affiliated — an unexpected finding authors cautioned could be a statistical quirk.

Filling ‘One of the Greatest Holes’ in Higher Ed Research

The newly published research grew out of Tarrant’s dissertation when she was at the University of Alabama. She was granted access to the original list of colleges Astin and Lee used, which they did not release and which has not been made available publicly or to others. She then went about emulating their research.

In their 1972 report, the researchers categorized private institutions based on their full-time-equivalent enrollment and their selectivity as measured by SAT and ACT scores. Using data from 1967-68, they ranked colleges on a scale of one to eight based on students’ mean test scores. They considered institutions invisible colleges if they ranked three or lower and also enrolled fewer than 2,500 students. A total of 491 qualified.

Fewer than half of the remaining 354 institutions, 167, still had the same names they did four decades earlier. Of the other 187, which had changed names, 158 added the word “university.”

The new research is an important study of a diverse but critical slice of colleges, according to researchers. Few if any comparable studies look at changes to such institutions over time.

“The lack of longitudinal data studies represents one of the greatest holes in our research in the field of higher education,” said Stephen Katsinas, a co-author who is a professor at the University of Alabama and director of its Education Policy Center. He was on Tarrant’s dissertation committee.

“In my opinion, the three most understudied sets of institutions out there are private, nonselective liberal arts colleges, the rural community colleges and the 464 regional universities,” Katsinas said.

Researchers compared the test scores and enrollment levels at the 354 persisting institutions between 1968 and today, finding they had generally become more selective. Back then, 37 percent of the persisting institutions were categorized at the highest level for an invisible college, level 3. Another 18 percent were at level 2, an additional 16 percent were at level 1, and 28 percent were classified as unknown. The institutions classified as unknown were included as invisible colleges because their test scores couldn’t be obtained and they were deemed likely to be nonselective.

In 2012, just 59 percent of the persisting institutions were at level 3 or lower and also had enrollment of fewer than 2,500 students. The remaining 41 percent had increased either selectivity, enrollment or both selectivity and enrollment above cutoffs.

“These 145 institutions therefore can no longer be considered invisible colleges,” authors wrote.

The report raises questions about the shifts’ effect on access for students. But Tarrant cautioned against jumping to conclusions that increased selectivity in one particular group of colleges came at the cost of systemic college access for lower-scoring students. Many other changes took place in the intervening years, including the growth of community colleges.

“It certainly bumped up a notch or two,” she said of invisible colleges’ selectivity. “I don’t know that it really affects access as much as it speaks to the type of students these institutions are trying to enroll and succeeding in enrolling.”

Many of the closing colleges, 41.3 percent, were Roman Catholic. Another 39 percent of closing colleges were nonsectarian, and 20 percent were affiliated with a different religious denomination.

That brings up another point — invisible colleges that are open and identifiable today are more likely to be affiliated with a religious denomination than they were in 1967. Then, 34 percent of invisible colleges were identified as nonsectarian. In 2012, just 23.2 percent were.

It’s likely that some institutions listed as nonsectarian in 1967-68 were actually affiliated with a religious institution, the authors of the new research wrote, pointing to data on affiliation that were recognized as unreliable 45 years ago. But it is also possible religious affiliation strengthened small institutions in some way, for instance because a church provides financial support to a college or because affiliation offers a recruiting advantage.

Invisible colleges also enrolled more part-time students in 2012 than they had 45 years earlier. Just more than half of invisible colleges enrolled at least 90 percent of their students on a full-time basis in 1968. By 2012, only 30.8 percent did so.

The elite colleges did not merge or close at all, save one that closed in 2008 and reopened in 2011. One other elite college changed from a private institution to a public institution.

The resulting picture is one of small private colleges forced to evolve and change in ways that elite institutions are not.

“I don’t think that means they aren’t innovative,” said Nathaniel Bray, an associate professor of higher education administration at the University of Alabama who was on Tarrant’s dissertation committee and is a co-author on the new research. “When you’re elite and you’ve kind of built that prestige base, you don’t have the same pressures for survival. Your changes and innovations are a little bit different, I think.”