Value matters in choosing a college. But not just the price kind. – The Washington Post

As a University Is Sold in Pieces, Its Alumni Wonder What Remains – The Chronicle of Higher Education 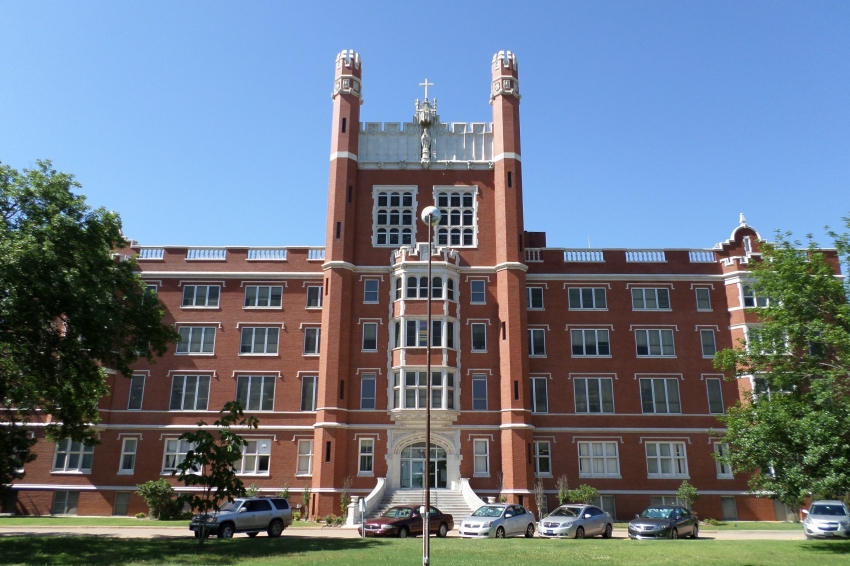 St. Gregory’s University sits at the end of a long, tree-lined lane in Shawnee, Okla., next to the abbey whose monks have kept watch over it for more than a century.

On Thursday, Kesha Hudson sat on a swing outside the red-brick campus buildings. She had just left a meeting at the hospital where she works, five minutes away. As she swung, surveying the university she called home for nearly six years, she almost expected to see a group of students strolling across the lawn. But she knew she wouldn’t.

At that moment, 40 miles away in Oklahoma City, everything in the university’s buildings she faced was being sold, piece by piece, to the highest bidder.

After years of financial turmoil, including the cost of repairing damage from an earthquake, and the denial of a last-chance loan application, St. Gregory’s went bankrupt and closed its doors for good in December. The roughly 650 students who remained graduated or transferred to other colleges, and the professors and staff left for other work.

The things that had surrounded them — treadmills and tables, computers and extension cords, art easels and athletic uniforms — stayed put. Thursday’s auction, part of the bankruptcy process, was one of the last steps in the university’s dissolution.

The sale has sharpened the grief of alumni and former faculty and staff members, who crowded the auction’s web page for reminders of their time at the university. For them, their grief is a hidden cost of the university’s closure — invisible in legal documents and financial ledgers.

‘They’ve Broken It Down Into Little Pieces’

Established by French Benedictine monks in 1875, St. Gregory’s was first a high school, then a college, and then, in the late 1990s, a four-year university. All the while, the monks in the abbey, which owned St. Gregory’s, oversaw its development, taught classes, and led religious services. The abbey and a museum on the campus will remain open, and will be neighbors to whoever buys the empty university.

Since the university closed, its property has sat largely undisturbed, save for the occasional maintenance job and the preparation for the auction. Everything was photographed, cataloged, and posted online before the auction last week, so potential buyers could browse. Many alumni did, too. Though the auction took place in Oklahoma City, buyers could participate online.

At her home across the street from the St. Gregory’s campus, where Hudson was swinging, Danielle Roberts watched the auction live on her computer.

Roberts graduated from St. Gregory’s in 2000 in one of its first four-year classes. For the better part of the next 18 years, she worked for the university and the abbey in a myriad of roles, including as an executive assistant, before the abbey let her go in January due to a lack of funding.

It was the sale of a pair of trophy cases, filled with trophies from the days when St. Gregory’s was a high school, that most upset Roberts. The cases had been donated by an alumnus of the high school and had sat outside the fitness center for years when Roberts worked on the campus.

“It really just breaks my heart all over again,” she said. “It just seems wrong to auction off some of this stuff.”

A Survival Guide for Small Colleges 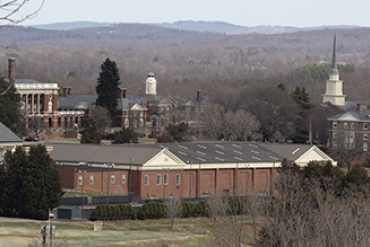 Rhonda Pruett, another alumna, couldn’t bring herself to watch the auction online. When a friend sent her a picture of a pair of crucifixes at the auction, she broke down. “I sat down and cried,” Pruett said. “They’ve taken it [the university], and they’ve broken it down into little pieces, and how do you put a value on that?”

For Pruett, St. Gregory’s was the beginning of a new life. She started at the institution in 2015 as a 52-year-old, on the heels of a divorce, a remarriage, and a move to Oklahoma. After she earned her bachelor’s degree, in psychology, a professor sat her down and urged her to continue to a master’s. She agreed. A month later the professor died in a car accident. She still has his business card in her wallet.

Scores of alumni perused the auction list online. On the list was the waffle maker from the cafeteria. If a friendship can be forged by waffle maker, that’s what happened with Chrissy Cleary. When Cleary was at St. Gregory’s she teased a friend about how he sliced every waffle he’d made, straight down the grid lines. Years later he is the godfather of her children, who have learned from their mother the “right” way to eat a waffle.

The list contained pages of exercise equipment, which reminded Duncan Tiemeyer, who was president of the student body when the university closed, of his daily 5 a.m. workouts. The cafeteria’s tables and chairs reminded him of his friends, now scattered around the country.

“The meal times and stuff, for me, were one of the best times,” Tiemeyer said. “It was just such a community-building thing. I saw all the chairs and the tables, and it just made me think of all the good times we had.”

‘They Are Selling MY Books’

One of the auction’s most sought-after lots was the university’s collection of rare books, some dating back centuries. The books drew collectors from all over the country, and the crown jewel of the collection — a Bible printed in 1477 — sold for more than $13,000.

As a librarian at St. Gregory’s, Lisa Zarrella used to spend much of her time in the stacks, including the Treasure Room, where the books felt as if they would turn to dust in her hands. Even in the regular shelves, she’d come across old titles so long out of print they don’t even exist online. It was her first professional-librarian job, and it “felt like home.”

“Every time I see a picture of the auction, I feel like they are selling MY books,” Zarella said in an email. She still lives in Shawnee, and everyday she looks at Benedictine Hall from her kitchen window.

Though the books in the Treasure Room received the most attention at the auction, students had rarely handled them.

Hudson said she’d often take naps in the library and wake up looking at the shelves of books. She said the auction makes her feel as if they aren’t valued anymore, a strange thought given how “they just have so many memories.”

Tina Bridenstine, another alumna, also spent a lot of time in the library. As a student, she came back several times to a little blue book, its binding torn, titled The Trouble With the Irish. After graduation, she bought a copy; it was the most she’s ever paid for a book.

Tiemeyer, who is now attending a seminary, remembers poring over books on the Roman Catholic faith, and seeing the names of monks from the abbey scrawled on their covers, from when they checked out the books decades ago. He was drawn, too, to the books in the Treasure Room.

“It was cool to think how many people have read this book or touched these pages the same way I am,” Tiemeyer said. “And I just thought about what their lives were like, or what they’d be doing while they were looking at these books.”

Ironically, the auction reinvigorated the campus, which had been eerily quiet for months, said Theresa Bragg, who worked for St. Gregory’s before being hired by the abbey to assist in its closing.

The university allowed visitors on the campus before the auction to view the items on sale, and Bragg said the turnout was enormous, with more than 500 potential buyers and nostalgic alumni walking around.

“It was a very sad occasion, the reason they were here,” Bragg said. “But for once, the building seemed alive again.”

The auction netted some $331,000, according to NewsOK.com, and the proceeds will go to the university’s creditors. On Friday, the day after the sale, buyers returned to the campus to pick up their purchases. “We’re seeing the campus basically being dismantled, piece by piece,” Bragg said. 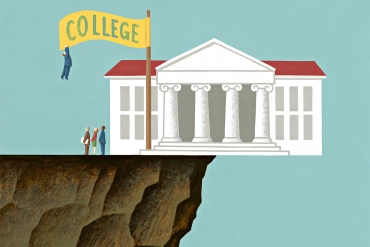 As the buildings slowly cleared and items traveled to new homes, there was one bright spot: The public-school athletic department in a nearby town had bought some of the fitness equipment. Students from the town showed up to load trailers with their new gear.

“The kids just looked so excited,” Bragg said. “It was really neat to see them so excited to get equipment, and for the equipment to be going to someone who’s really going to appreciate it and use it like they’re going to.”

Hudson found no silver lining. As she began the 45-minute drive home from the campus, she knew that the institution as she knew it — as everyone knew it — now existed only in memory.

Source: As a University Is Sold in Pieces, Its Alumni Wonder What Remains – The Chronicle of Higher Education