How Travel Makes Us Smarter 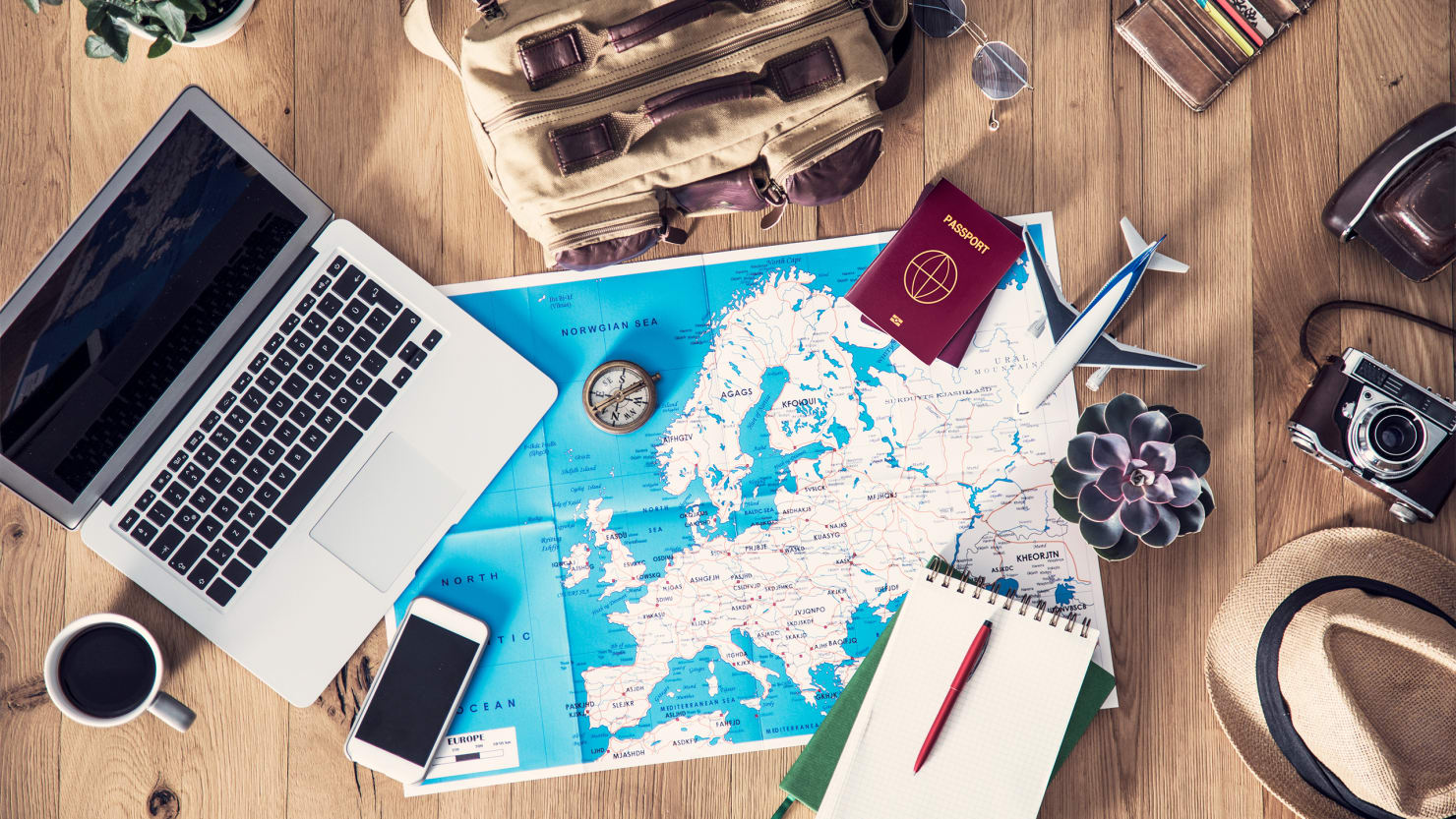 One rarely hears this word associated with travel anymore. The great geographical, geological, scientific discoveries have all been made, or await scholars and experts, not tourists on vacation.

But every trip constitutes a personal discovery. There is a self-perpetuating aspect at work: Curiosity makes us travel (What lies out there?) and travel makes us curious (Why do they do that?). A tourist’s day is filled with questions. “What’s north of the department stores on Boulevard Haussmann?” Kate Simon asked in her “uncommon guidebook” to Paris in 1967, one in a series of guides that raised the form to literary heights it has not come close to reaching since. “South of the Luxembourg Gardens? East of Les Halles? West of the Etoile? What else is there?”

For travelers, simply looking around is an education. In hot countries, where life is lived on the street, you step out of your hotel and you’re introduced to the ways that people cook, eat, groom themselves, and discipline their children. (Mysteries that are kept hidden from you in colder climes.) Granted, much of what you’re taking in you have absolutely no clue about.

This is why, for clarifications and explanations – deeper knowledge – you have to go beyond observation and participate in the life of the place.

Participation is rarely easy. Wherever they go, tourists inhabit their own world – one of hotels, restaurants, museums, souvenir shops – and it rarely intersects with that of the residents. Reading up on the history is essential for understanding a people and their culture, but the real challenge – and thrill – of travel is finding out what’s happening now. And to do this you need to leave the tourist world, at least for a time, and enter that of the locals, which consists of apartments, offices, beauty salons, supermarkets, stadiums, galleries, theaters, bars.

Couch surfing and Airbnbs have made apartments more accessible. (I’m waiting for the establishment of desk surfing.) Before the advent of these services, entering someone’s home was the traveler’s, or at least the travel writer’s, Holy Grail. It was an experience that gave you insight into how people lived and – if you hit it off with your hosts – it gifted you with an emotional connection. Then Coimbra or Hue or Ouro Preto (it’s usually the less visited places that are the most welcoming) moved from being simply the site of your vacation to being the home of your new friends.

Chasing the Ghosts of Naples’ Dark Side

Couch owners and contacts sometimes serve as good guides, but you can also meet interesting people on your own. You find them at concerts, gallery openings, sporting events, book readings, church (Anglicans worldwide observe the post-communion coffee hour). Bars can come in handy, especially in small American towns where there’s not much else to do after dinner. European cafés are mostly useless, as people occupy tables in already formed groups; they’re designed for socializing with friends, or for tête-à-têtes, not for meeting strangers. The global proliferation of the Irish pub has been a great boon to lonely travelers.

Our interest in food often takes us to markets, though less frequently into supermarkets, where the majority of people shop. Here again, mere observation is rarely sufficient.

On my second trip to St. Petersburg, Russia, I was invited to dinner by a woman I’d met on my first one. Saida’s husband Igor met me downtown and we rode the subway away from the center. It was a long ride. When we finally emerged, it was into a world of vast, dilapidated apartment blocks stretching along wide, featureless boulevards. We had left St. Petersburg and arrived in Leningrad.

But the supermarket was beautiful. Igor picked up a few items, one of which – horizontal strips of fat in a vacuum-sealed package – I recognized immediately as bacon. Arriving at the apartment, he handed his shopping bag to Saida and led me into a room decorated with a poster tracing the lineage of the Russian royal family.

Half an hour later, Saida called us into the kitchen. Bowls of soup rimmed the table, and various dishes occupied the center, including one layered with rashers of raw bacon. It suddenly occurred to me that I hadn’t noticed what John Updike once called in a short story the “illicit” aroma of bacon cooking. Igor grabbed a slab and gobbled it down while I gawped at the local culinary customs.

The evening concluded with the singing of folk songs. I sang “When Johnny Comes Marching Home” and then hummed one of my favorite Russian songs, which, I was told, is about a young man who has a dream about the wind. The wind, Saida explained, is a metaphor for death; the man knows from his dream that he is about to die.

What we learn from our travels is unquantifiable, and can sometimes seem wasted, because back home it rarely comes up in conversation. It changes who we are and how we see the world (often in ways we’re not even aware of) and it changes how we see our own country. But it feeds a reservoir of knowledge that is not massively called upon in everyday life. And because it’s rarely tapped, we sometimes forget that it’s there. And when we remember, we often downplay its importance.

We live in a large, self-regarding country made up of people, P.J. O’Rourke once explained, who fled hardship elsewhere for a better life here and didn’t want to revisit the misery they’d left behind. Spoken like a true Irish-American.

Much of our media devoted to travel – magazines, newspapers, blogs – are in the business of providing information, the great bulk of it practical: sights, lodgings, restaurants, spas. It helps in our navigation and enjoyment of the world (treating it a bit like a giant theme park), but not in our engagement with it. It has created a class of idiot sophisticates, people who know a country’s best hotels and hottest chefs but are ignorant of the novelist shortlisted for the Nobel Prize, and even, sometimes, the name of the president. And these are the things that the people we meet will want to talk to us about.

Travel is still viewed, by most Americans, as something superficial and sybaritic; travel writers are envied but not respected. Few people today are familiar with the works of Robert Byron, Norman Douglas, Gerald Brenan, or Freya Stark, who all followed the sun but with the seriousness of scholars. Patrick Leigh Fermor, not a book club favorite, walked across Europe as Henry James’ ideal of “someone on whom nothing is lost” – absorbing languages, religions, history, art and architecture, flora and fauna – and then wove it all together in exalted prose. Lawrence Durrell had a grand time living on various Greek islands – he would not have shied away from the label of hedonist – but he was intimately familiar with the language, the history, the mythology, the culture; he brought a depth of knowledge to his hedonism that made books like Bitter Lemons and Reflections on a Marine Venus important, and timeless, works of literature.

Like reading, travel fills us with knowledge and teaches us empathy. And the lessons stick because they come from lived experience.

One of the things I’ve learned from my travels is how surprised people are when told of the small percentage of Americans who possess passports. (About forty percent – a number that is artificially high because of tighter rules governing travel to Canada and Mexico, a country many Americans know only from cruises.) Europeans especially find it shocking – and more than a little troubling – that a people who wield so much influence in the world have so little experience with the world.

But things are changing. Today’s versions of O’Rourke’s don’t-look-back immigrants not only speak their native language at home, they fly their kids over to spend summers with the relatives. In our culture of diversity, gone is the pressure to shed time-honored traditions and become like everyone else. The semester abroad has become more popular than ever, though the old immersiveness is now threatened by the new connectedness.  (It’s hard to master a second language when you FaceTime every day with friends back home.) A young woman I know chose Northwestern over the University of Chicago because she wanted “a real college experience,” but before starting she took a year off to study classical dance in her parents’ hometown of Chennai.

Having one’s feet in two cultures, especially in the age of globalization, is a great blessing, and not just for the individual. A first-hand familiarity with the world is the one travel gift that has an importance, in a democracy, that goes beyond the personal.

Thomas Swick is the author of, most recently, The Joys of Travel: And Stories That Illuminate Them, from which this essay is adapted.

Source: How Travel Makes Us Smarter