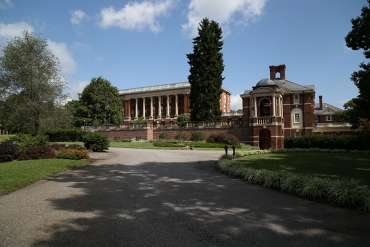 Sweet Briar College faces another hurdle in its efforts to gain firm financial footing — a warning from its accreditor — but college officials stress that it’s no reason to panic.

The Virginia college’s accreditor placed it on “warning” status for failing to meet standards of financial resources and responsibility. The accreditor, the Southern Association of Colleges and Schools’ Commission on Colleges, made the decision at its biannual meeting, which ended on Friday afternoon.

Sweet Briar’s president, Meredith Woo, said in a written statement that the accreditor’s findings were based on financial data from the 2017 fiscal year, two years after the college nearly closed and before it undertook major steps to become financially viable, including a $44-million fund-raising campaign. The college has also overhauled its curriculum and pricing model to try to attract more students and reduce operating costs, Woo said.

Warning status does not mean the college is in imminent danger of losing its accreditation, which would make its students ineligible to receive federal financial aid. But it does put the college on a timeline to correct the shortcomings identified by the accreditor.

Under warning status the college has 12 months to show the commission that it has “sound financial resources and a demonstrated, stable financial base to support the mission of the institution and the scope of its programs and services.” The college must also show that it “manages its financial resources in a responsible manner.”

After a year, the commission may take one of two likely steps: remove the warning or continue it for another year.

Source: Sweet Briar College Is Placed on ‘Warning’ by Accreditor – The Chronicle of Higher Education