After the Killing of a Journalist, Colleges Confront Their Saudi Ties – The Chronicle of Higher Education 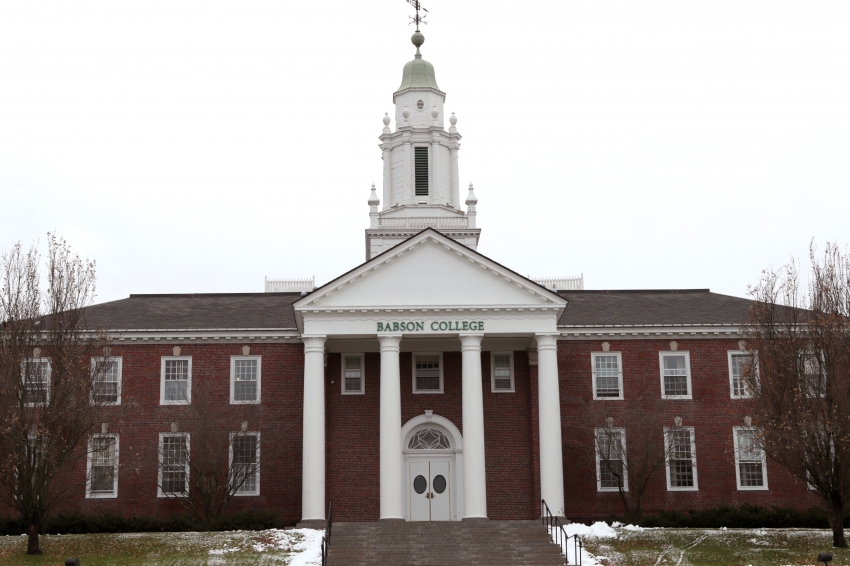 The killing of Jamal Khashoggi, the Saudi exile and Washington Post columnist, first troubled media companies, then business titans, then nongovernmental organizations, and ultimately government officials. It drew responses on Tuesday from the Trump administration, which issued its first diplomatic action against the suspected killers, and on Wednesday from Crown Prince Mohammed bin Salman of Saudi Arabia, in his first public comments on Khashoggi’s death.

Now, as Saudi officials issue yet another about-face on the killing, urgent questions surrounding the grisly death of a dissident are reaching academe.

The Massachusetts Institute of Technology told faculty members on Monday that it would re-examine its connections with Saudi Arabia. Meanwhile, a New Haven activist has pressed the University of New Haven to end its partnership with a college in Riyadh that trains security forces. The Harvard Crimson examined Harvard University’s ties to the country on Wednesday. And Babson College, which partnered with the kingdom and Lockheed Martin to establish an entrepreneurship college, is “monitoring events closely,” it said in a statement to The Chronicle.

Many U.S. colleges receive millions of dollars in Saudi contracts and gifts, according to Education Department data. But some programs go further, crafting academic and advisory partnerships with the kingdom’s development efforts. Those partnerships illustrate the entanglements of globalized academic deals, particularly as colleges look to enter emerging markets, where research and money-making opportunities can come attached to murky geopolitics.

Prince Mohammed, the country’s de facto leader, has attracted worldwide attention and elite partners in his efforts to remake the Saudi economy. One of those efforts, now named for him, came by way of Babson College, a roughly 3,000-student private institution in Babson Park, Mass., known for its top-ranked entrepreneurship program.

Babson’s project dates back to 2008, when StrateSphere, an Ohio-based consultancy, helped sketch out the first impressions of the entrepreneurship college. By 2016, it was public: Babson Global, a Babson College subsidiary, had joined Saudi development organizations, the Mohammed bin Salman bin Abdulaziz Foundation, and Lockheed Martin to create the Prince Mohammed bin Salman College of Business and Entrepreneurship, a private institution planned to educate 1,400 male and female students. The project was packaged as a bundle of firsts: an institution to offer the country’s first entrepreneurship degrees and host new small-business conferences in King Abdullah Economic City, long billed as the world’s first publicly listed urban development.

At least $20 million of the project would come from Lockheed Martin to help fulfill the contractor’s “offset” obligations — side investments sometimes required by countries as part of large defense deals — and create the Babson Global Center for Entrepreneurial Leadership at MBSC, as the new institution is known.

A Lockheed representative did not respond to questions from The Chronicle.

Babson would supply the brainpower. All faculty members at Mohammed bin Salman College are trained at Babson College, according to MBSC, and Babson would send visiting scholars to teach there.

Babson declined to comment on the details of its agreements, citing contractual obligations, and noted in an email to The Chronicle that because Babson Global offers “a wide range of education and consulting services around the world,” it would be inaccurate “to attribute any Babson Global revenue solely to work related to Saudi Arabian initiatives.”

Last week, dozens of companies and public figures withdrew from an investment conference organized by Prince Mohammed. Some, like lobbying firms and the entrepreneur Richard Branson, went further, suspending or unwinding hefty deals with the kingdom.

It’s unclear whether Babson College will be among them. “We believe entrepreneurship education is an unalloyed good to help people everywhere create a better future,” Babson wrote in its email to The Chronicle.

“At this time, we are monitoring events closely and gathering input from our community regarding potential paths forward,” the statement said. “We are committed to ensuring that the College’s activities and affiliations remain aligned with our core values and supportive of our institutional mission and global educational goals.”

Weighing the variables in each and every global relationship can be a nearly impossible task, said Liz Reisberg, a higher-education consultant and research fellow at Boston College who, among other roles, is on a committee that helps the Saudi Ministry of Education plan a periodic higher-education conference.

What determines withdrawal in some cases and not in others?

Educational links in particular come with considerations that commercial deals don’t, Reisberg said. Saudi academics are enmeshed in the global academic landscape, often hail from foreign graduate programs, and are as committed to “academic freedom and integrity” as anybody. Cutting those ties, which contribute to shared missions of expanding knowledge, is not a simple calculation, she said.

The University of New Haven agreed in 2016 to advise King Fahd Security College on creating a four-year security-studies degree. Academics and activists condemned the partnership in a letter last year, and according to local news reports, the activist now alleges that the security college is linked with Salah Muhammed al-Tubaigy, the forensic pathologist reported to have dismembered Khashoggi. A University of New Haven spokeswoman told local media and The Chronicle that the Tubaigy identified in news media has “no connection” to King Fahd Security College.

The University of New Haven’s advising partnership “is something we believe should be supported and fostered,” the university said in a statement to The Chronicle.

Before the Khashoggi crisis, Harvard administrators had held at least one internal meeting on the university’s partnerships with “repressive regimes including Saudi Arabia’s,” according to The Harvard Crimson.

Harvard “has benefited immensely from the intellectual contributions of Saudi-based individuals over the years,” the university wrote in a statement to The Chronicle. “We are following recent events with concern and are assessing potential implications for existing programs.” The university continues “as before to welcome scholars and students from Saudi Arabia to the Harvard community.”

Human-rights concerns in Saudi Arabia have drawn blowback from academe before, such as in 2015, after the flogging and imprisonment of a Saudi blogger. Critics have also questioned American colleges’ relationships with the kingdom in light of the Saudi military coalition’s actions in Yemen, pointing to past major gifts to Georgetown, Harvard, and Yale Universities.

In May, Babson College announced it would open an M.B.A. and executive-education program in Dubai, U.A.E., next year.

Source: After the Killing of a Journalist, Colleges Confront Their Saudi Ties – The Chronicle of Higher Education