Newbury College to shut down in the spring – The Boston Globe 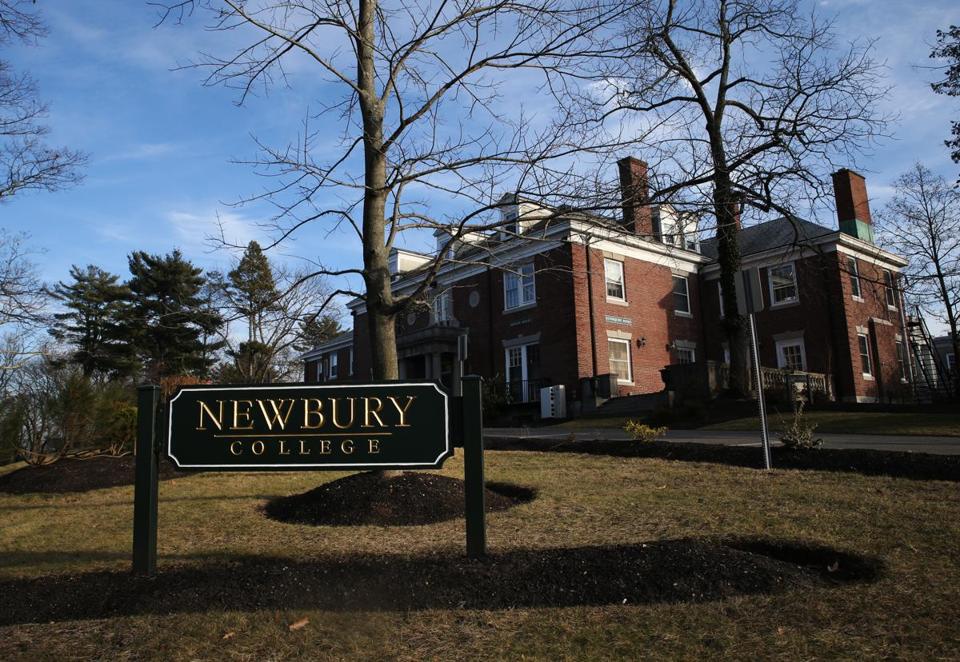 The small liberal arts school in Brookline has been on probation with accreditors since the summer because of financial issues.

BROOKLINE — Newbury College, a small liberal arts school in a lush enclave of this upper-class town, will shut down at the end of the spring semester, the college announced Friday.

The news came four months after the school was placed on probation by regional accreditors over concerns about Newbury’s shaky finances. In a note to students Friday, college president Joseph Chillo said that after much deliberation, he and the trustees had determined it was best to close.

“It is no secret that weighty financial challenges are pressing on liberal arts colleges throughout the country,” Chillo wrote. “Newbury College is no exception.”

The news came on a quiet afternoon when most students had already returned home for the holidays, and janitors were almost the only people left on campus.

Newbury, which has 627 students this fall and tuition of about $34,000, is the latest small private college to close amid an industry in crisis. Tuitions have become prohibitively expensive, forcing schools to offer large scholarships to attract students. And the number of college-age students is on the decline across the country. 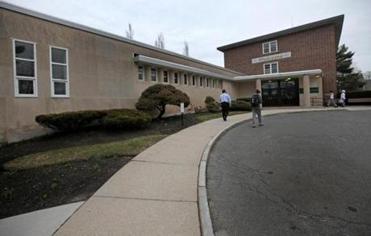 The school is just one of two small schools in New England to be cited recently by accreditors for financial concerns.

Chillo has spent the past few years worrying about the school’s finances and trying to find a way for it to continue to serve its students, many of whom are low-income or the first in their family to attend college. The school was running a budget deficit, had sold buildings, and was exploring merging with another college.

“This stuff keeps you up all hours,” Chillo said in an interview in his office in March. “It’s a 24-hour-a-day, seven-days-a-week job. . . . You are constantly worrying about the institution.”

Newbury College’s closure, orderly so far, is already being contrasted with the chaotic shutdown of Mount Ida College, a school just 5 miles away in Newton that closed in May. Mount Ida announced its shutdown without a plan for students to complete their degrees and gave professors virtually no time to find new jobs.

Since then, state regulators, including the attorney general, have called for more government oversight of schools, to monitor them before they get to the point of desperation.

There have been other recent closures as well.

Wheelock College in the Fenway merged with Boston University last year, and on Thursday the College of St. Joseph in Vermont announced it will probably close in the spring as well.

Newbury is still exploring potential partnerships that would allow it to stay open, but Chillo said trustees believed it was in the best interest of students and staff to notify them now of the likely closure.

“We are providing this notice, before we are legally required to do so, because it is the right thing to do,” he wrote.

He also said the 57-year-old school is working with the state to formalize agreements with other colleges where students can complete their degrees, the statement said.

No specific date has been set yet for the closure, according to Chillo’s statement. The college has hired public relations firm Schneider Associates. A spokesman for that firm said on Friday that Chillo was not available for an interview.

It was unclear on Friday what would happen to the 10-acre campus located less than a mile north of Boylston Street in the Fisher Hill neighborhood. Because the college is a nonprofit, its charitable assets, including the land, are subject to state laws about their sale.

Students and their parents were shaken by the news. Jennifer Flores, 19, of Boston said she started crying when she saw the e-mail about the closing.

Flores, a sophomore and culinary arts major, said she wanted to be the first in her family to complete college and open her own business.

Newbury College offered her a generous scholarship and a spot on the soccer team, Flores said. The school was a cheaper option for her than culinary programs, such as Johnson & Wales University in Providence. Now she is left trying to figure out where she can transfer without taking on too much debt.

“It’s something students don’t want to think about,” she said.

Flores said she and her friends started to notice things were amiss at Newbury in recent months. Faculty and staff, including her soccer coach, suddenly left. The school sold some buildings on campus, and certain classes were no longer offered, she said.

“We didn’t think it would be now; we thought it would be in a couple of years,” Flores said.

Holly Orff, of Franklin, said her 17-year-old daughter is also reeling from the school’s announcement. Just a few weeks ago, Newbury College offered the high school senior early admission and more than $90,000 in financial aid over four years. It was an enticing package for the family, said Orff, who works for a grocery chain and was saving money for the deposit to hold her daughter’s spot.

“That money would have helped so much,” Orff said. “It broke her heart. You don’t get somebody excited and accept them, if you know it’s going to go under.”

Her daughter thought she had completed the college application process. But she will have to keep applying and hope that other schools offer her enough in scholarships and financial aid to attend, Orff said.

Newbury College has been struggling financially for the past few years. In its annual financial statements, it forecast a $2.8 million cash flow deficit for the fiscal year ending in 2018. Enrollment has declined 24 percent over a five-year period, but it depends on tuition for 74 percent of its revenue.

Attorney General Maura Healey applauded the manner in which the school made its announcement. “Closing a school is never an easy decision, but sometimes it is the right one to protect students,” spokeswoman Jillian Fennimore said in a statement Friday.

Richard Doherty, president of the state lobbying organization for private colleges, has been monitoring with skepticism the state’s attempt to implement new regulations to oversee school finances.

Doherty said the fact that Newbury came forward on its own and is shutting down responsibly proves that new regulations are not required.

Governor Charlie Baker was asked Friday by reporters about whether the Newbury closure was similar to that of Mount Ida. Baker said no.

“I think Newbury has made a good faith effort in a really tough situation to try to figure out a path forward that provides people with options,” he said.

State House News Service material was used in this report. Deirdre Fernandes contributed to this report. Laura Krantz can be reached at laura.krantz@globe.com. Follow her on Twitter @laurakrantz.

Source: Newbury College to shut down in the spring – The Boston Globe