Is the ‘Trump Effect’ Scaring Away Prospective International Students? – The Chronicle of Higher Education

The Princeton Review Has Laid Off Many Employees. But Revenue Might Not Be Its Only Problem. – The Chronicle of Higher Education 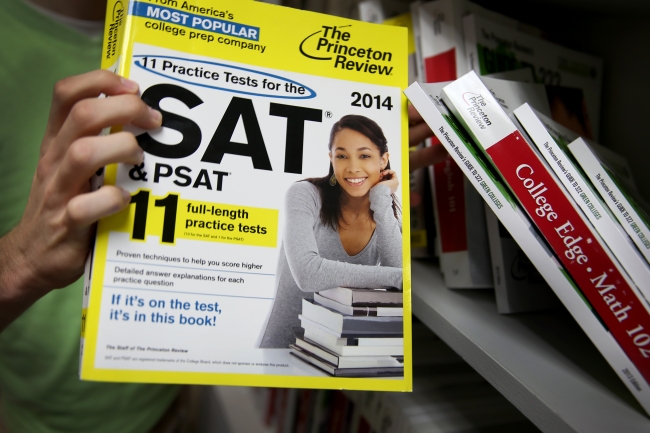 The Princeton Review, a major test-preparation and tutoring company, has laid off numerous employees this year as part of a “corporate review and reorganization process.” In a written statement provided to The Chronicle, Sangje Lee, the new chief executive officer, said the company had “eliminated positions and reduced other expenditures” in an attempt to ensure its “financial health.”

In a subsequent email, Lee declined to say how many jobs had been cut. Three former employees with knowledge of the layoffs put the total at about 150. The Princeton Review now has nearly 300 full-time employees, along with about 4,000 teachers and tutors, Lee said. The first round of layoffs occurred in April, and another came in early August, according to several former employees.

The cuts are one indication that the Princeton Review is struggling to maintain a hold on the industry it helped create. Recent market research commissioned by the company suggests that it isn’t connecting with consumers, who have a wider array of test-prep options than ever before. A summary of the research findings obtained by The Chronicle says that “the Princeton Review is seen as a prestigious but often remote and inaccessible brand.”

After nearly 40 years in business, the company faces many challenges. In separate interviews with The Chronicle, six former employees who recently were let go by the Princeton Review described it as company in disarray, uncertain of its direction, and grasping for an identity. Each of them, speaking on condition of anonymity, said the company has been hurt by competition on two fronts: rival online test-prep services and smaller firms offering face-to-face instruction, long the Princeton Review’s bread and butter.

“They’re struggling to compete online with new players that don’t have a classroom business, which is a drag on resources,” one former employee said. “At the same time, they’re struggling to meet the increased demand for one-on-one tutoring, which many other places offer, including Susie down the street.”

Changes at the Top

The Princeton Review has weathered a decade of instability, changing hands several times since 2007. In 2014, IAC, a media company, bought and combined it with its Tutor.com business. The test-prep company was next owned by Match Group, which operates online dating sites, including Tinder, OkCupid, and Match.com. The Princeton Review’s “lack of profit, slow growth, and incongruence with the rest of the business,” however, “seemed to finally sway management’s opinion against it,” according to one report.

Early last year, ST Unitas, a South Korean ed-tech company that provides an array of online learning programs, bought the Princeton Review from Match Group for an estimated $87 million. “We will together build a global education platform that offers innovative, information-based, tailored services to users across the globe,” Sung-hyuk Yoon, ST Unitas’s CEO, said at the time. Kate Walker, then Princeton Review’s CEO, said the test-prep company would continue to expand its market share in the online education market.

Six months later, Walker left the company, along with other senior managers who apparently were not replaced. The mood inside the company’s New York headquarters started to change late last year, former employees told The Chronicle. “It began to feel unsettled,” one said. “That’s when a shift in culture and morale started.”

The new owners emphasized marketing gimmicks and strategies for increasing sales quickly, the former employees said. One idea was to offer students a double-money-back guarantee that their standardized-test scores would increase. Another was to enhance the referral program so that a Princeton Review student who got a friend to sign up would receive a $100 Amazon gift card.

ST Unitas, which started in 2010, promoted itself as “the fastest rocket in Korea,” growing from a company of four employees to 1,200 in six years, according to its website. Yet it has been struggling financially, according to some overseas news accounts.

In his email to The Chronicle, Lee said the Princeton Review’s “financial health has not been an issue.” But several sources with knowledge of the company’s finances said otherwise. Following a year of flat revenue, sales dropped sharply in January and February, according to two former employees. “At that point,” one said, “a ton of people from Korea got on a plane and arrived in New York, and things went haywire.”

Apparently all of the employees laid off in April received a severance package, but only some of those laid off in August did. Those who had worked at the company for at least four years got four weeks’ pay, former employees said, and everyone else got nothing.

“To ensure that changes in our strategy were properly implemented, we had to make tough decisions on how to reallocate our resources,” Lee told The Chronicle. “Therefore, we set a criterion for severance that some employees, unfortunately, did not meet. The decision was not made lightly and is not at all reflective of our appreciation for their contributions.”

Whether the Princeton Review’s big ship can somehow sail smoothly in two directions remains to be seen. Lee told The Chronicle that the company plans to “reposition” itself to create a global online platform while also maintaining “the best in person services.”

The company apparently intends to emphasize the former. Its “robust” online platform, as described by Lee, would be a place for “sharing advice, collating expertise, and creating student confidence.” Students, he said, need a trusted guide: “We are not just talking about moving instruction online, but creating a lifelong learning hub that flexes to the needs of students … from elementary all the way through professional development.”

Market research recently commissioned by the Princeton Review, however, offers a different rendering of what test-prep customers really want. A written summary describes that research as a “springboard for renewed relevance and growth” of the company. The findings were drawn from a series of interviews of teenagers and parents in four cities. The families described what they wanted from test prep, and how they viewed the Princeton Review and its competitors.

What matters to families throwing down money to prepare for standardized tests? Personal relationships.

Most of those surveyed said the ideal program is “a personal and customized solution to each child’s journey,” according to the written summary. For most families, that meant private tutoring or small classes. Others said they were open to online offerings as long as there was some kind of personalized interaction, such as a chat function or a one-on-one tutoring component.

Test prep, of course, isn’t a typical purchase. Often it’s a service provided to hyperfocused customers propelled by strong emotions, especially anxiety. Consumers don’t want to buy just knowledge and strategy; they want an antidote to their fear of the big, bad test.

“Preparing to take the SAT or ACT is as much about emotion as math.”

John Katzman, who founded the Princeton Review in 1981, has long described effective test prep as more than the transfer of information. He trained his instructors to curse in front of students, to tell them that standardized tests were “BS.” Why? If students perceive the tests merely as a game to be played — and not an inherent measure of their smarts or aptitude — aren’t they more likely to think, “Hey, this is something I can tackle!”?

“Preparing to take the SAT or ACT is as much about emotion as math,” said Katzman, who left the company a decade ago and is now CEO of Noodle.com, an education website. “Many students need to learn the skills measures, but they also need to gain the confidence to use those skills when they face the test itself. This is a process where online is still not 100-percent there, and where face-to-face is still pretty useful.”

Personal connections tend to shape families’ decisions about test-prep providers, according to the summary of the Princeton Review’s research. Students and parents said they put more stock in recommendations from peers than in “‘generic’ standards.” Families tended to emphasize flexibility and “the best fit” for a student’s learning style.

Related findings suggest that the Princeton Review’s brand name is something of a liability. Though the company has a “strong reputation” among families, the document says, it isn’t high on their list of options. Many perceived it as too expensive, apparently unaware of the company’s lower-priced offerings. (“‘Princeton’ … implies quality, but also an unattainable level of prestige that ‘probably isn’t right for us.’”)

Starbucks is a recognizable brand, but many Americans prefer the distinctive quirks and comforts of local coffee joints. A similar dynamic might be working against the Princeton Review. “Being viewed as a large corporation isn’t an asset in college test prep,” the research found. “Local companies are seen as being more adaptable, personal, and accountable.”

That finding didn’t surprise Paul Kanarek, who co-founded the California branch of the Princeton Review in 1983. “The entire test-prep space has shifted dramatically over the last 10 years,” he said. “It’s now a village business.”

Sure enough, relatively small test-prep and tutoring companies have taken hold throughout the country. Some are run by people who learned how to teach test prep at the Princeton Review. After decades of success, the big company has seeded the industry with competitors, including independent tutors who will come to your home for a $60 session. What once was novel is now commonplace. Even the College Board, which has long assailed the test-prep industry, now offers free online test “practice” for the SAT.

The summary of the Princeton’s Review’s research includes a key question: How can it be “both large and local?” Kanarek, who worked at the Princeton Review for 32 years, said that the company’s history proves that it can be both at once. “Companies have a DNA, and the core DNA of the Princeton Review is deeply personalized,” he said. “Just because you’re large doesn’t mean you can’t have that face-to-face presence.”

But the Princeton Review has de-emphasized that presence, according to several of the former employees. “Not serving the in-person market is what’s hurting us,” one said.

Kanarek, now a managing partner at Collegewise, a college-counseling firm, speaks fondly of the Princeton Review. Yet he worries that it will continue to “bleed institutional talent.”

“The Princeton Review brand is strong,” he said. “But it’s nothing more than that talent.”

In his email, Lee, the Princeton Review’s CEO, described what he sees as the company’s greatest challenge: “Some students do best in a structured personal learning environment while others are adept at self-study, provided they have guidance and resources to help them push through difficult concepts,” he said. “We are essentially refining our systems of delivery to address both types of learners in a digital age. Currently, the capabilities of learning tools often exceed the limits of their deployment because educators are not adapting as quickly as technology.”

In whatever way the Princeton Review evolves, it will have to confront one troubling observation found within its own market research: “In a changing world with so much new technology, a company with a rich history seems to matter less.”

Source: The Princeton Review Has Laid Off Many Employees. But Revenue Might Not Be Its Only Problem. – The Chronicle of Higher Education