Survive College-Application Season With the Family in One Piece 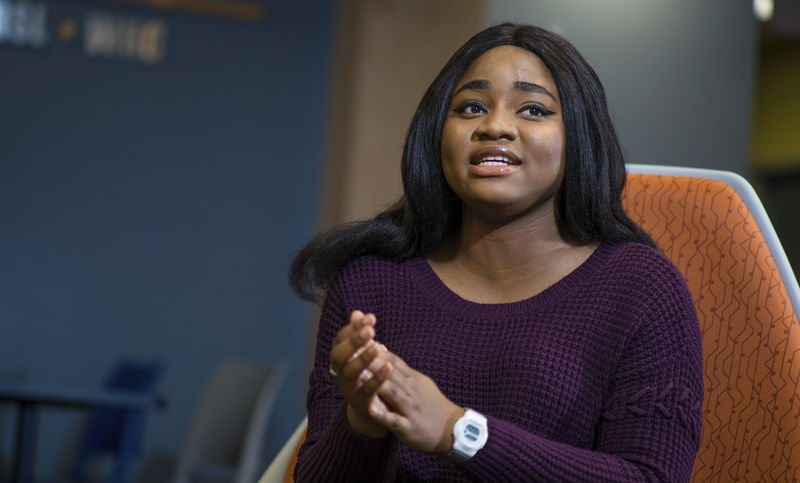 Both Bucknell University and Susquehanna University are reporting a higher number of international students when compared to previous years.

The 2018 Open Doors Report, released Nov. 13 by the not-for-profit research group Institute of International Education (IIE) and the U.S. Department of State’s Bureau of Educational and Cultural Affairs (ECA), shows that new international student enrollment in the U.S. fell by 6.6 percent in 2017-18, corroborating findings from the 2017 fall enrollment survey and continuing a slowing or downward trend first observed in the 2015-16 academic year. However, according to the report, the overall number of international students in the United States surpassed one million for the third consecutive year, increasing by 1.5 percent to reach a new high of 1,094,792.

Bucknell University has 268 international students enrolled for the Spring 2019 semester compared to 229 enrolled in spring 2014 and 133 in 2009. Susquehanna University has 45 international students enrolled in the upcoming semester compared to 34 in 2014. New enrollment also increased: Bucknell went from 53 first-year students in 2014 to 63 in 2018 while Susquehanna increased from 10 in 2014 and 17 in 2018.

An international student are those individuals on a student visa who come to the United States to study while residing in the country temporarily.

Nancy Ingabire Abayo, 25, a Rwandan student studying civil engineering and geology, plans to graduate this spring from Bucknell and apply for graduate schools. She plans to teach in her home country.

“I didn’t have as much difficulty getting back into the country with the last president than I do now,” Abayo said. “I had changes in my Visa, and I had to verify more things, but that’s something I noticed in the past two years.”

Ifunanya Maduka, 19, is in her first year at Bucknell studying electrical engineering. She chose Bucknell because she wanted a smaller school.

“I don’t think the policies affected me as an individual,” Maduka said. “It made me cautious, and hope that no matter what happens that my country is (not) affected by the policies. I hope it doesn’t get worse.”

Because students were on winter break, students from Susquehanna University were not available for comment.

“Yes, there has been apprehension among students and parents,” Figureroa said. “There are increased conversations with students when they arrive and are settled, and are getting to know U.S. culture more. They see news articles and things related to gun violence. There are feelings of not being safe, but they find Bucknell to be a safe place.”

President Trump in the last two years in office has taken a hard stance against illegal immigration, most recently inciting a government shutdown to negotiate funding toward a border wall along the southern states. Last year, the Supreme Court upheld Trump’s travel ban that indefinitely suspends the issuance of immigrant and non-immigrant visas to applicants from Muslim-majority countries Libya, Iran, Somalia, Syria and Yemen — plus North Korea and Venezuela.

The creators of the Open Doors Report do not attribute any of the fluctuations to the new, stricter policies of the current administration, but rather mostly to global competition and decisions by other countries.

“We’ve seen growth, but yes, we’ve also seen some slowdowns, and that’s really due to a range of factors, some of which have to do with other countries,” said Rajika Bhandari, IEE’s senior advisor of research and strategy and director of the IIE Center for Academic Mobility Research & Impact. “One factor that has driven a lot of growth to the U.S. in recent years has been the two large flagship scholarship programs of the Saudi government and the Brazil government. And while those drove a lot of growth, we’ve also seen that they’re not contributing to some of the slowdown, because those programs have been significantly scaled back in just the past few years.”

Another theory, said Bhandari, is significant competition from other countries, who wish to attract international students and offer many incentive, like free tuition, pathways to citizenship and career opportunities. Key countries like India and China are expanding their capacity to retain students as well as attract students.

Current gains, according to the IEE, in the total number of international students are due primarily to increased participation in the Optional Practical Training (OPT) program, which allows international students to practice their skills in the United States for up to 12 months during or after they complete their academic programs, or up to 36 months for students who have earned a degree in STEM fields. OPT participation grew by 15.8 percent in 2017-18. Among enrolled students, drops were seen primarily at the graduate and non-degree levels.

“Overall growth takes into account enrolled students in degreed programs and in Optional Practical Training. And once you finish your degree, you go into OPT. If there are fewer international students coming in, that number will go down and more will go into OPT,” said IIE President/CEO Allan E. Goodman.

Bucknell and Susquehanna also fall into the northeast region of the country, where new international student enrollment percent changed by zero. The west region fell by 1.4 percent, the midwest region fell by 4 and the south by .5 percent, according to the survey.

“The short answer is that national trends do not always correspond precisely with what is happening at the institutional level,” said IIE spokesperson Catherine Morris. “While there was a decline overall in new international students nationally, individual institutions may in fact be seeing growth in their international student population. This variability has to do with a range of factors including but not limited to institutions’ recruitment strategies and selectivity.”

Basom said there is a perception that it is difficult to get a visa to get into the U.S., but Bucknell has not seen any difficulties with students. The talk, even if it’s not true, may be influencing students considering enrollment in American schools, he said.

He noted there is a lot of competition with other countries, such as the Netherlands, Australia and the United Kingdom — aggressively marketing their educational options.

“The U.S. is not seen as friendly right now,” Basom said. “I travel abroad to talk to students. There’s a general buzz about safety. I heard from guidance counselors that it is affecting student choices in coming to the U.S.”

Figureroa said she has seen at Bucknell a small increase in the use of administrative processing at the U.S. Embassy, which includes more extensive background checks. Two students this past school year were not able to attend Bucknell because their visas were still in administrative processing after applying in May 2018. It’s the first time since she started in 2011 that she had this happen.

“It may be something political that is used more, or maybe not, and maybe it’s the luck of the draw that we’ve seen two cases at the same time,” she said.

International students are a “wonderful group to work with,” she said.

“I hope the community can embrace having them and having the different perspectives and culture and added diversity to our community,” she said. “It’s incredibly valuable for small towns like we have across Pennsylvania.”

Bucknell is supportive of both international and domestic students because it benefits everybody for them to be there, Basom said.

Scott Manning, Susquehanna’s Dean of Global Programs, said he believes a small college in a rural area may not be as affected by the news and headlines across the nation.

“Students come here in part because it is a small town in a rural area,” he said. “Maybe that has insulated us where others in bigger schools and bigger states have been affected. Nationally the trend has been lower interest in international students. For us, it’s not the case, it’s been stable.”

Manning said students have asked questions about national policy changes, but mostly they are concerned about funding to attend school.

“Those of us who work here, we are aware nationally it is an issue that students are more wary about coming to the U.S., so we are more mindful of that,” he said. “The funny thing is that we haven’t seen a big drop. Maybe we’re just lucky, maybe we’re in a good place. A lot of students who come here come from word of mouth. Maybe students are sharing with each other that they don’t have to worry about those fears. It’s hard to know. We’re just happy to know we’re not in that trend.”

Students from Susquehanna University were not available for comment.