A budget-conscious online pathway to American college for international students 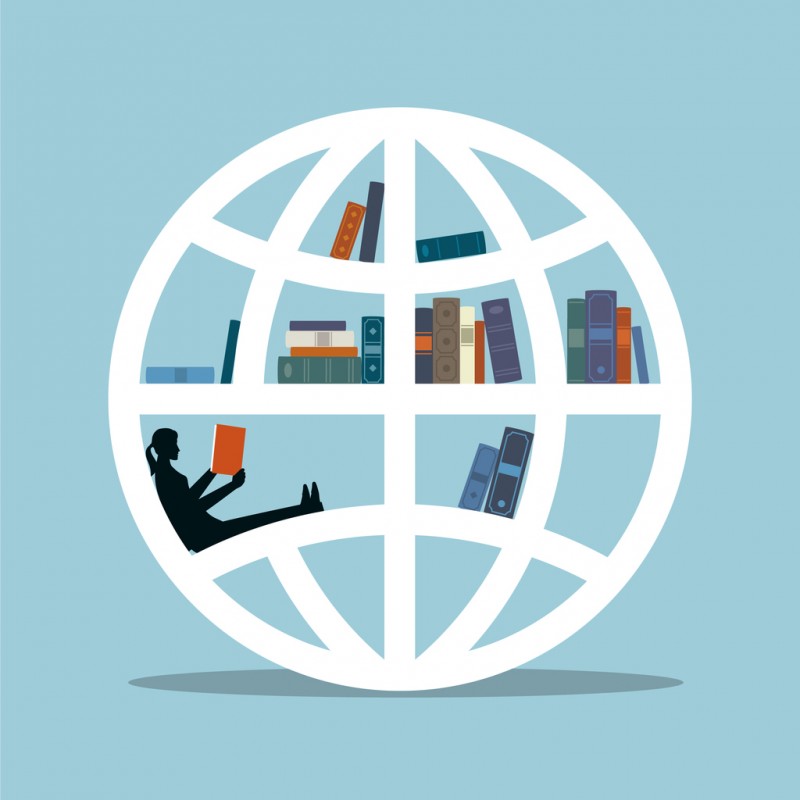 International students wanting to study in the United States will find no shortage of colleges and companies willing to help them prepare to do so — for a price.

On-campus initiatives to help international students build up their English language skills and take courses for college credit before formally starting their studies are widely available. But these pathway programs can be an expensive option for students with tight budgets.

Online education provider StraighterLine thinks it has a solution, a low-cost “pathway” program that encourages international students to begin their studies online in their home countries before moving to the U.S.

Though the offer may appeal to low-income students, some international education observers consider StraighterLine’s pathway more of a marketing gimmick than a true alternative to campus-based college-preparation programs.

Burck Smith, CEO and founder of StraighterLine, says although international students have always been able to take online courses for U.S. college credit from StraighterLine, many don’t realize this is an option or they’re confused about how to transfer the credits they earned online to their chosen college in the U.S.

The First-Year Online Value Pathway, which StraighterLine launched last month, will make it clearer to international students that they can take advantage of StraighterLine’s low-cost courses, said Smith. The pathway is offered in conjunction with international student recruitment company Campus3 and three U.S. colleges, Fisher College in Boston, National Louis University in Chicago, and New England College in Henniker, N.H. The program will enable students to earn up to a year’s worth of college credit prior to matriculating at one of the three participating colleges. StraighterLine hopes to eventually expand the program to more colleges in the U.S. and Canada.

Unlike StraighterLine’s standard online offering, which costs about $150 per course on average, the new initiative will include additional enrollment assistance and academic support, said Smith. If students ultimately choose not to attend one of the three colleges involved in the program, they will be able to use the credit they earned toward an online degree at one of StraighterLine’s 130 college partners.

Campus3, which has offices in Vietnam and India as well as the U.S. and Canada, will be recruiting students to the program, said Andrew Subyan, the company’s CEO. Campus3 will guide students through the admissions process for their chosen college and help them with visa paperwork, he said. As the program grows, Campus3 plans to introduce virtual group sessions to prepare students for life in the U.S.

For $2,000 per six-month semester, payable to Campus3, students will be able to take up to five three-credit courses. “Students save money on tuition and expenses, start immediately, and prove their academic ability prior to arriving on campus,” Smith said in a press release.

When students arrive at their chosen college, they will pay the regular tuition for international students, and Campus3 will collect a recruitment fee from the college for each student enrolled. The recruitment fee varies, said Subyan. But a representative of one college participating in the program said the fee is around $2,000 per student.

Robert Melaragni, vice president of enrollment management at Fisher College, one of the three participating colleges, said his institution has been working with StraighterLine for almost a decade.

The college has been searching for ways to attract more students from price-sensitive markets such as India and South America, said Melaragni. If students complete their first year with StraighterLine, they will pay significantly less than the $30,389 tuition it would cost to come study at the college for a year, he said.

It’s been a difficult few years in international student recruitment, said Melaragni. The Trump administration’s travel restrictions on students from some predominantly Muslim countries have had a “domino effect” on applications to American colleges. International students, particularly those from the Middle East, are increasingly applying to colleges in countries such as Canada because of concerns about not being welcomed in the U.S. Prospective Fisher College students from around the world are experiencing “higher than normal visa denial rates,” he said. With the online pathway, Melaragni hopes students will be able to demonstrate to U.S. embassy officials that they’re serious about getting an American education.

Thomas Horgan, senior adviser to the president at New England College, said the college has also had difficulty getting visa approval for international students, which has hurt enrollment.

“It’s a competitive marketplace right now,” said Horgan. “I would assume that other colleges are watching this initiative with interest to see what the results are.”

In the past, international students wouldn’t have considered studying online — “they just wanted to get here,” said Yaconis. But students are now looking for more options, he said.

“I still believe the majority of students are going to want to pick up and go to the U.S., but for the population that feels some doubt about their decision, this is a good option.”

“The landscape of pathway programs is evolving with new players and models,” said Rahul Choudaha, executive vice president of global engagement and research at Studyportals, a platform that helps people compare international degrees and study programs.

Choudaha, who authored a two-part report on pathway programs for NASFA, an association for international education professionals, said StraighterLine’s program is different from traditional pathway programs because of its emphasis on cost and flexibility.

Many international students are wary of online learning, said Choudaha. But this new model — which Choudaha described as “creative packaging” of StraighterLine’s existing services — could appeal to “price-sensitive students from countries beyond China, which is the dominant source for existing pathway programs.”

Liz Reisberg, an independent consultant in higher education and research fellow at the Center for International Higher Education at Boston College, who writes for and edits Inside Higher Ed’s “The World View” blog, is concerned about some aspects of the online pathway. She said international student recruitment companies often “treat international students like a commodity” and are not always operating in the best interests of students. Though some students may save money with the online pathway, she notes that $4,000 a year is “still a lot of money” for many others.

“I realize that there are needs being met on both ends — a new way to bring in the revenue that international students represent, and a way for international students to get a foot in the door at a lower cost — but it feels too commercial, and I wonder how the broader objectives of internationalization [in higher education] are met with schemes like this,” she said.