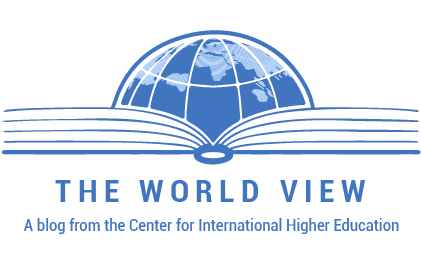 The vast majority of higher education in the United Kingdom (UK) has been delivered by public universities and colleges. The titles “University” and “University College” are legally protected, as are degree awarding powers, and these, until recently, have been exclusively located in the public sector. The University of Buckingham, the first, and for decades the only private university, was not awarded the title until 1983.

Yet there has long been a private higher education sector in the UK, made up of colleges of professional training and niche providers offering vocational subjects outside the Universities’ traditional remit. These range from qualifications necessary to practice law or accountancy, to psychotherapy and chiropody. The creative arts have also had a notable presence: from independent art and design schools to a complete monopoly for training for actors for much of the 20thcentury.

Recently, the UK government has sought to foster the growth of private higher education and stimulate competition within the sector as a whole. In Success as a Knowledge Economy: Teaching Excellence, Social Mobility and Student Choice,the government proposes more private higher education will lead to “a greater choice of more innovative and better quality products and services at lower cost.” (p.8). The government to suggests that private providers are more responsive to the changing skills needs of employers, more flexible in modes of delivery and well placed to meet international student demand for a UK higher education. To this end the government has enacted legislation to make titles and degree-granting authority easier to access.

Yet the private sector remains an unknown quantity. In the absence of public funding, the private sector has not been subject to any official regulation or even oversight, nor has there been any systematic data collected. There have been several attempts to collect data about the private HE sector in the UK but with low response rates that never exceeded 40 per cent.

Size and Composition of the Sector

Our survey identified a total of 813 private higher education providers active in the UK in 2017. Only some 115 were entitled to enrol students with publicly-backed loans for “designated courses”.

The private higher education sector in the UK reflects a distinct character and a high degree of diversity.

Many established niche, and frequently non-profit providers, continue to offer education for professional qualifications and are the institutions most recently elevated to University or University College status. More recently-established for-profit providers often replicate each other’s program offerings, typically at sub-degree level, and compete with one another for non-traditional students. These providers are undoubtedly meeting market demand but do not yet appear to be providing an alternative to the public sector. A genuine alternative sector, as envisaged by the government, may only be realised by the infusion of overseas capital investment.

Source: A Look at Private Higher Education in the UK | The World View