A list of private colleges that have closed in recent years 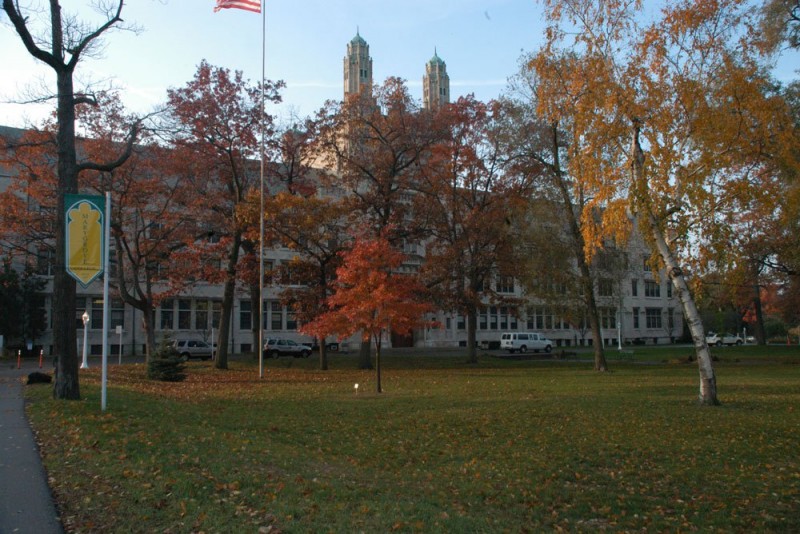 Marygrove College will shut down at the end of the upcoming fall semester after the small Roman Catholic institution in Detroit was unable to escape from enrollment and financial pressures by dropping undergraduate education.

College leaders announced closure plans Wednesday, less than two years after saying in August 2017 that they would try to keep Marygrove open by cutting undergraduate offerings and focusing on graduate and professional education. Marygrove eliminated undergraduate programming at the end of the fall 2017 semester, meaning it will have operated in its current form for two years when it ends operations.

In contrast, the college likely needed to boost enrollment to close to 700 students to be on a sustainable path.

Estimates showed an advertising budget of about $2 million could have moved the needle, Burns said. But Marygrove didn’t have $2 million.

“You deal with all of these problems, and you try to keep going and do the things that you think are going to work,” Burns said. “It wasn’t realistic. That’s what the board saw.”

After the changes in 2017, trustees had kept open graduate degree and professional development programs in education, human resources management and social justice. The idea was that those programs would be sustainable into the future.

That didn’t prove to be the case. Programs for teachers were a major source of enrollment, and those programs have struggled, according to John Cavanaugh, chair of Marygrove’s Board of Trustees.

“Part of the longer-term arc of the story has to do with the changing rules in public school systems,” said Cavanaugh, who is also president and CEO of the Consortium of Universities of the Washington Metropolitan Area, a former chancellor of the Pennsylvania State System of Higher Education and a former president of the University of West Florida.

“They no longer require people to get master’s degrees, and many districts don’t pay when a teacher gets a master’s degree in terms of increasing salaries,” Cavanaugh said. “All of that has swerved over the last decade, and you look at other programs in the country that have either closed or dramatically shrunk their traditional graduate programs in education. Ours had a good reputation, so we lasted longer than most.”

The closure provides some new perspective on the struggles of both small private colleges and Roman Catholic institutions, particularly in the Midwest and Northeast. Marygrove is at least the fifth private, nonprofit college to announce this year that it is closing, joining the College of New Rochelle in New York, the Oregon College of Art and Craft, and Green Mountain and Southern Vermont Colleges in Vermont.

That’s not counting colleges that have merged or explored partnerships, like Hampshire College in Massachusetts. Hampshire announced plans to seek a partner before an alumni revolt forced leadership changes and new plans to try to stay open and independent.

Roman Catholic colleges closing in recent years include Marylhurst University in Portland, Ore., in 2018, St. Gregory’s University in 2017 and Saint Joseph’s College of Indiana, which suspended operations in 2017 and went on to plan a two-year college in partnership with Marian University in Indianapolis.

More recently, Wheeling Jesuit University declared financial exigency in March and moved to lay off a large number of faculty members as it shifted in focus from the liberal arts to other majors like business and health care. That prompted the Maryland Province of the Society of Jesus to cut ties with the university, and its board chair was ousted this week because of scandals rocking the affiliated diocese of Wheeling-Charleston.

Small Roman Catholic and mission-driven colleges can struggle to balance innovation and their missions, according to Larry Ladd, national director for the higher education practice at the consulting giant Grant Thornton, in an email. Sometimes they make program choices based on internal factors rather than based on what students are likely to find attractive.

Marygrove seems to have made a strong strategic move in the type of programs it would offer, Ladd said. Graduate education tends to produce more net revenue per capita than undergraduate education. Plus, it can target specific markets and adjust to small market changes relatively quickly. Unfortunately, the programs Marygrove chose didn’t seem to fit the current market.

“Another factor has got to be its location in Detroit,” Ladd said. “While Detroit is coming back, its economy declined for many decades, and the fate of colleges, other than those with strong national brands, does depend on the local economic and cultural climate.”

In addition to radically revamping program offerings, Marygrove leaders sought to transform the college’s 53-acre campus into a “cradle-to-career” site that would host education at levels ranging from preschool to graduate. The City of Detroit, the University of Michigan, Detroit Public Schools Community District, a developer and other nonprofit organizations are involved in the effort, called one of the first “P-20” partnerships in the country. A Michigan-based foundation, the Kresge Foundation, committed $50 million, including money to stabilize Marygrove and restructure its debt.

The Marygrove Conservancy was created to manage and preserve the campus. Plans for the cradle-to-career campus will continue, the conservancy said Wednesday.

A new public school, a ninth-grade academy, is scheduled to open with 120 students in September, with a grade expected to be added each year until all grades K-12 are offered. The University of Michigan plans to launch a teacher residency program modeled after physician training programs. A new early childhood education center is expected. With the new school, the campus is projected to serve over 1,000 children, largely from surrounding neighborhoods.

“The P-20 thing was really something that we wanted to accomplish, and I think it’s going to be one of the long-term legacies from the college,” Cavanaugh said. “We were able to keep the graduate programs going for a couple of years. It gave us the time to put the pieces together.”

The Marygrove Conservancy is chaired by Sister Jane Herb, president of Sisters, Servants of the Immaculate Heart of Mary, which founded Marygrove and sponsors the college. Knowing the sisters’ educational mission will continue on the campus “makes us proud,” she said in a statement.

Marygrove has about nine full-time-equivalent faculty members, plus some adjuncts, Burns said. Roughly 40 more staff members work for the college.

Leaders have started discussions with other institutions to see if they can take on Marygrove’s programs. The college has entered a teach-out agreement with Oakland University in Rochester, Mich.

Marygrove was founded in 1905 as St. Mary’s College in Monroe, Mich. It’s been in Detroit for 92 years.