Marlboro, seeing peers around it close, plans to merge into University of Bridgeport 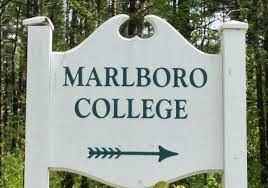 As peers around it shut their doors, Vermont’s Marlboro College will become part of the larger, healthier University of Bridgeport.

Mergers of private colleges these days can go a few different ways. On one end of the continuum, leaders of struggling institutions recognize their precarious situations and set out to find an arrangement that best serves their students and staffs and sustains their mission. Think Wheelock College’s merger into Boston University.

Then there’s the opposite, where none of those things happen. Mount Ida College is a case in point.

Thursday’s announcement of a planned merger between Vermont’s Marlboro College and the University of Bridgeport, in Connecticut, appears to look more like Wheelock than its counterpoint. The struggling institution, whose student body had dwindled to 142, began a formal process last November of seeking out potential partners, and it culminated in an arrangement that will turn the college into a liberal arts arm of the larger (5,500-student) Bridgeport and work to sustain the employment for most, if not all, faculty members.

With many liberal arts colleges struggling to attract students and New England facing a decline in the college-age population, some of Marlboro’s contemporaries have been forced to close. This was true at another Vermont institution, Green Mountain College, earlier this year.

Closures like this were on Marlboro president Kevin Quigley’s mind as the college began seeking out potential mergers at the encouragement of accreditors. Last fall the college’s Board of Trustees established a task force and hired consulting group EY-Parthenon to help it seek partnerships.

“It’s frankly far preferable to an option none of us would have liked,” Quigley said. “We’ve seen that happen with our neighbors here in Vermont who’ve closed, as well as neighbors in Massachusetts that grapple with issues that we have tried to grapple with.”

Quigley cited as two key issues facing Marlboro enrollment numbers and the discounting of student tuition — which he hopes the merger will help mitigate. Marlboro will continue to offer its programming on its own campus, and Quigley said Bridgeport will create programs in which students in health sciences, engineering and business would have an “immersive experience” in liberal arts for either a semester or a full year. Quigley said Marlboro students will have the chance to take advantage of Bridgeport’s programs as well.

“We want to really prepare students for the future world of work. The idea is, let’s say a student at Bridgeport is studying something like engineering. You would benefit from spending a semester at Marlboro immersed in the humanities and the arts — taking some courses in physics or chemistry — but also having some exposure to Socrates and maybe do a course in dance or the visual arts,” Quigley said. “As educators we firmly believe that will help students prepare for the future world of work.”

Quigley said Marlboro’s process of searching for a partner like Bridgeport tried to model the one used by Wheelock, which in 2017 merged into Boston University in what was considered a relatively smooth merger. The number of mergers and acquisitions being undertaken in higher education has grown significantly in this decade compared to previous ones.

The idea of a merger has apparently been in the headspace of Marlboro administrators for some time. Paul LeBlanc, who was president of Marlboro from 1996 to 2002 and is now president of the completely refashioned Southern New Hampshire University, said he had made efforts to organize a merger back then. Though he was unsuccessful, LeBlanc said, “The math was apparent even then.” He said he believes the merger will be positive for the institution.

“It wasn’t a surprise. I knew their numbers had been down,” LeBlanc said of Thursday’s announcement. “I think sometimes my fear is when people hear about small institutions like Marlboro closing, they associate it with poor quality, and it’s certainly true that you could be an institution where their finances become so constrained that they make compromises, but Marlboro never made compromises.”

Laura Skandera Trombley, president of the University of Bridgeport, is no stranger to small liberal arts colleges. She was previously president at Pitzer College, part of the Claremont Colleges of California. In a news release, Trombley said both institutions will benefit greatly from the merger. Bridgeport will reserve the greater of five seats or the number required to achieve 15% of the Board’s composition to include current Marlboro College Trustees, Trombley said.

“At a time of hypercompetition and swift change in higher education, our two unique institutions are demonstrating a new paradigm for colleges and universities of the future,” said Trombley. “In strategically combining the shared values, strengths and resources of the University of Bridgeport and Marlboro College, we are proactively ensuring an extraordinarily enriched academic experience for current and future generations of students.”

LeBlanc said he believed Trombley’s background would be beneficial for Marlboro.

“[Trombley] is very entrepreneurial, and she comes from a strong humanities background, and that probably gave her an appreciation for Marlboro’s very special program,” LeBlanc said.

Early reaction from the Marlboro campus was muted.

Officials at the college were uncharacteristically tight-lipped about the talks with Bridgeport, said Marlboro history professor Adam Franklin-Lyons.

Franklin-Lyons, who is currently chair of a faculty committee on finance, said he was unaware Bridgeport would be the partner until the announcement. He said he’s curious how integration will look with the institutions being so far away, but that he’s not opposed to teaching in Connecticut. It is, he said, greatly preferable to a potential alternative: closure.

“Most of us like the work we do, but we’ve known for a few years the reality,” Franklin-Lyons said. “Certainly all the faculty I’ve spoken to prefer to have some place to move forward rather than a sudden collapse.”

Source: Marlboro, seeing peers around it close, plans to merge into University of Bridgeport