A Welcome Message, or a Warning? 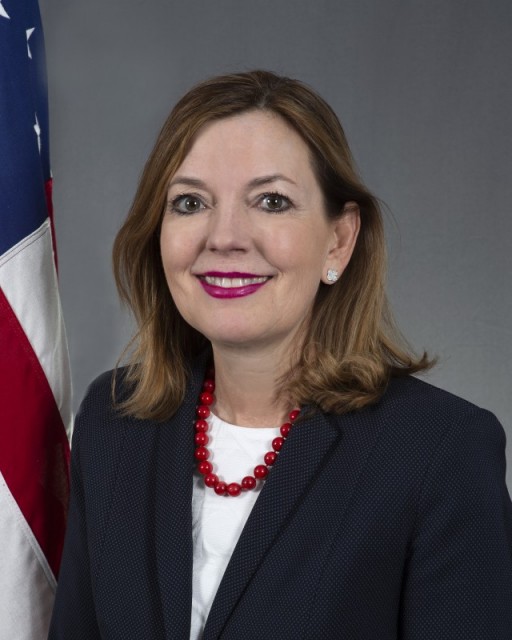 WASHINGTON, D.C. — A senior State Department official said Tuesday that the U.S. welcomes students from China. But Marie Royce, the assistant secretary of state for educational and cultural affairs, also said that colleges need to do a better job integrating their Chinese students and that many live in a “bubble” of Chinese Communist Party propaganda and misinformation that skews their perceptions of the U.S.

And she said that the U.S. takes the threat of academic espionage seriously and will not tolerate intellectual property theft, even as she noted that only 0.0001 percent of Chinese students’ visa applications are refused for this reason.

“Contrary to what you might have heard from the government of China, the number of Chinese student visa applications refused has declined each of the last four years,” Royce said. It was not immediately clear whether Royce referred to a decline in the visa refusal rate or in a decline in the raw number of refusals. According to publicly available data, the raw number of student visas issued to Chinese citizens has fallen substantially over the last several years, a decline largely attributable to change in policy under the Obama administration that increased the duration of visas for Chinese students from one year to five.

The remarks by Royce can be read as a rejoinder of sorts to a June warning from the Chinese Ministry of Education advising students of the risk of visa difficulties if they come to the U.S.

Her speech also can be read against the context of widespread concerns among professionals in American higher education that visa policies, anti-immigrant rhetoric and perceptions of a less welcoming or safe environment may be factors in the declines in new international student enrollmentthat colleges in the U.S. have experienced over the last two years.

College leaders have raised concerns about the climate for Chinese students and researchers, in particular, in light of increasing attention from national security agencies, science agencies, members of Congress and the White House to alleged Chinese government-backed efforts to steal American academic research.

Royce spoke Tuesday at the EducationUSA forum, an annual State Department event that brings together college representatives and advisers from the department’s global network of educational advising centers.

She began her speech by saying that the U.S. welcomes Chinese students and citing a recent comment from President Trump articulating the value of Chinese international students: “We want to have Chinese students come and use our great schools, our great universities. They have been great students and tremendous assets,” the president said.

“In the president’s words, we want to keep these students here,” Royce said.

“Chinese students contributed $15 billion to the U.S. economy in 2018 alone, making international education one of our country’s top exports,” Royce added. “From a foreign relations standpoint, the friendships that are formed, the values shared and the networks created are even more important than the economic contributions of the Chinese students.”

At the same time, Royce said that American colleges need to do a better job fully integrating students on their campuses and communities to give them a broader exposure to American culture and values. “As you know, at many U.S. institutions with significant numbers of Chinese students, it’s all too easy for Chinese students to cluster together — missing the chance to live, study and eat alongside their American and international peers,” she said.

Royce said that American colleges are on the front lines in countering what she described as Chinese government propaganda. “We know the Chinese Communist Party is actively working to provide an inaccurate picture of the United States to Chinese citizens, including overseas students. The state-controlled Chinese media inundates Chinese students with Communist Party-curated content that exaggerates the dangers of living and studying in the United States,” she said.

Royce also warned against reported Chinese government attempts to interfere with speech on U.S. campuses and to encourage students to monitor their peers. “We can and we will push back hard against the Chinese government’s efforts to chill free speech on American campuses,” Royce said.

Finally, on the subject of intellectual property theft, she warned of the need to make sure that Chinese students and visiting scholars “are not pressured by their own government to engage in activities beyond the scope of legitimate academic pursuits,” even as she stressed that only a very small proportion of the student population is involved in illegitimate activities.

“Students and researchers who act within established ethical guidelines of academic research have nothing to worry about. Those who do not follow the rules, however, regardless of national origin, should expect consequences,” Royce said.

Some found themselves perplexed by Royce’s remarks. One senior international enrollment officer — who spoke on condition of anonymity because it was not possible for the official to get institutional approval to speak on the record in time for Inside Higher Ed‘s deadline — described Royce’s remarks as “infuriating”: “It’s just this thing that the Trump administration does is they take something that’s not a lie — they lie a lot, too — but they take something that’s not a lie and then they twist it,” the senior international enrollment officer said.

“I’m sure that there’s propaganda coming out to people who speak Chinese in America. I’m sure that that’s a thing that happens. Is this the venue for that? As we’re trying to invite these students from an HEI perspective or perform educational diplomacy from an EducationUSA perspective, we’ve literally got the person in charge putting up stumbling blocks in their speech.”

Jenny Lee, a professor at the University of Arizona’s Center for the Study of Higher Education who studies international students, said she appreciated Royce’s articulation of the value of Chinese students at U.S. colleges. But she said her concerns were “a bit misplaced.”

“She attributes the lack of Chinese students’ integration in U.S. universities to mostly Chinese social media that creates a so-called bubble of fear,” Lee said via email. “This claim is largely unfounded. Those who are truly afraid for their safety have not and will not come. For those who do choose the U.S., the research on Chinese students in the U.S. makes clear that Chinese (and other international students) want to engage with and befriend U.S. students. However, Chinese students struggle to socially integrate with U.S. peers, not because of a lack of desire on their part, but a lack of interest from U.S. students.”

“Marie Royce’s speech only reinforces the current administration’s racial profiling of Chinese students as potential spies, engaging in espionage and intellectual theft,” Lee added. “Her underlying message is: ‘Chinese students are valuable but vulnerable to becoming arms of the Chinese government. So watch out and keep them close.’ Unfortunately, current geopolitical U.S.-China tensions are now affecting how we treat particular international students when ultimately, they all just want to get a better education.”