In Zimbabwe, the Water Taps Run Dry and Worsen ‘a Nightmare’ 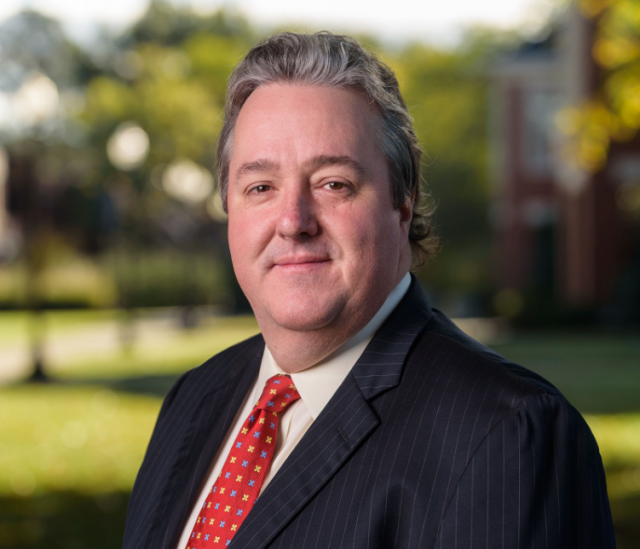 Last summer, Lyon College cut the size of its governing Board of Trustees in half — a move that defies common trends for private liberal arts colleges at a time when those institutions are facing greater upheaval and challenges.

Historically, private colleges have had sprawling governing boards, with community leaders, business leaders and even church leaders getting a seat at the table. But in recent years, as private liberal arts colleges have had faced greater obstacles, some have questioned the value of a large board in favor of a smaller board with more flexibility.

At Lyon, an Arkansas liberal arts college with approximately 700 students, this idea caused leaders to decide to cut the number of board members from 32 to 15. Under the previous model, the bylaws allowed for 42 possible trustees; under the new changes, only a maximum of 20 trustees would be allowed on the board. Likewise, at the University of Southern California, many have called for a restructuring of the massive 56-person board.

“In my view, and my recommendation was, the board needed to meet quite a bit more often and needed to meet more as a committee of the whole,” said Joey King, president of Lyon College. “Now the board will have six regular meetings a year and one in the summer with everyone on the same page and running much more as, say, the Harvard Corporation board would run as opposed to your average giant Board of Trustees.”

The issue is one King is familiar with, having authored a book on university governance. King argues that with a smaller board that can meet more frequently and be in accord about institutional issues, the board will be better equipped to handle difficulties.

According to 2016 data from the Association of Governing Boards, the average size of a board at a public college or university was 12, while for independent private boards that number was 29. King said as a result of Lyon’s shift, more board members are engaged, not just the executive committee.

“I think the greatest benefit is not having to rely on the executive to effectively work as a politburo,” King said. “I’ve been on boards where the executive committee had immense power, often meeting in between board meetings monthly or even more, and decisions were made that the bulk of the trustees were unaware of. It creates a corrosive situation in that because your board is so big … It forces the executive committee into basically [being] a governing committee with this extraordinary authority.”

King said that these changes are vital to facing the storms that some institutions have seen, giving Mount Ida College — a small liberal arts college that closed in 2018 — as an example. As of the most recently available tax filings before Mount Ida closed, the college had 20 trustees with a maximum of 30 possible.

“For institutions that are struggling — and particularly for institutions that are in distress, and Mount Ida was in distress — saying you’re going to meet a couple times a year and follow a very staged scripted meeting format won’t do,” King said. “If you’re in a corporation in distress, those boards are meeting all the time. I think as higher ed goes through those convulsions it’s going through right now, they’re most hamstrung by the governance processes.”

Perry Wilson, who has been chair of the Lyon board since 2012, said he and King saw eye to eye on the need for change within the board. Wilson said after first joining the board in 2009, he almost quit because he didn’t feel like he could fulfill his fiduciary responsibility without being on the executive committee due to the lack of information.

“We truly decided that if we were going to turn the school around, we needed to have a board that was going to be nimble enough to act as quickly as it needed to and board members that were well versed in all aspects of the college,” Wilson said. “Joey said we need a war cabinet, and I thought he was damn right.”

The process for deciding who would leave the board happened somewhat naturally, according to King, with some trustees not being able or willing to give the increased time required by the board’s new structure. King himself gave up his voting membership on the board and became an ex officio member.

“Part of our restructuring happened through self-selection and attrition,” King said. “There was a group that said, ‘That’s way more than I signed on for and I can’t get out of work that much.’ Then of course there were the trustees who had made that degree of that commitment, so they were OK with doubling up. Then the hard part was the people in the middle.”

Wilson called the situation a “chess game” and said that many people were understanding about the need to step aside.

Among the challenges Lyon faces, Wilson said, is pursuing greater enrollment numbers — a problem at many liberal arts colleges. However, Wilson said he didn’t think the college was driven to cut the board as a result of any crisis, but that it would help the college respond should dire times ever come.

“The consideration was how we could operate in a more nimble manner in order to do the things we need to do more quickly,” Wilson said. “I think that’s what can make a small liberal arts college survive — let’s do something different than the way everyone else is doing it, because that’s clearly not always working.”