The Coronavirus Is Upending Higher Ed. Here Are the Latest Developments. – The Chronicle of Higher Education

Students may want room and board back after coronavirus closures, but refunds would take a bite out of many colleges’ wallets 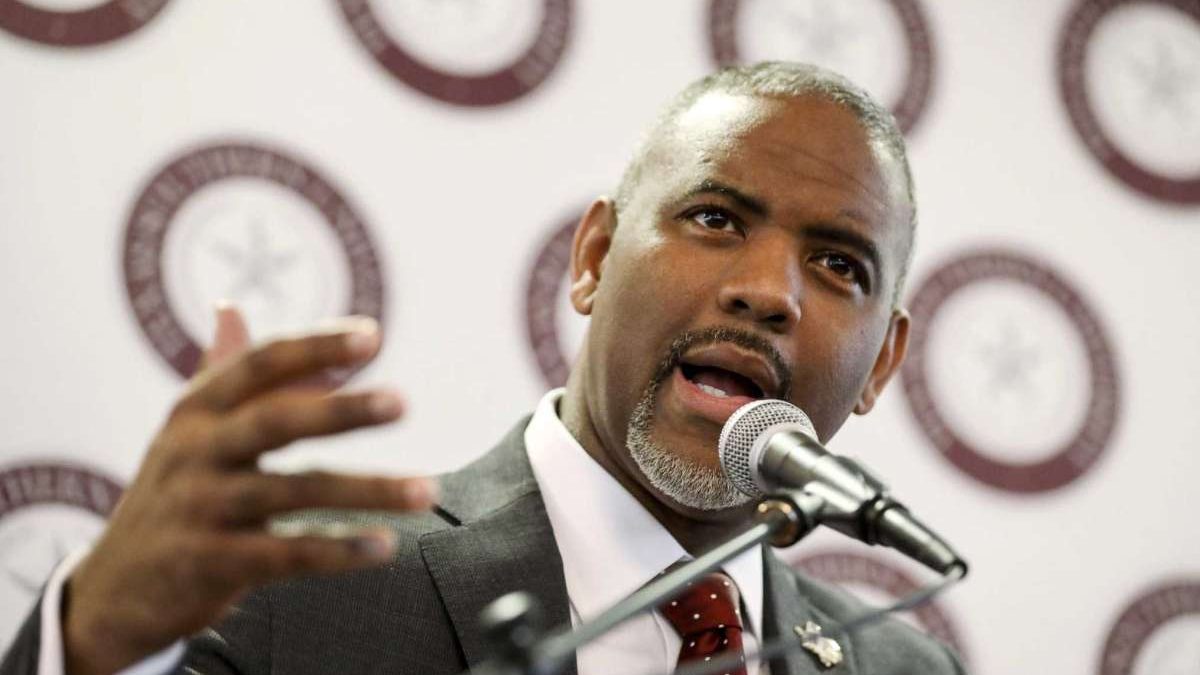 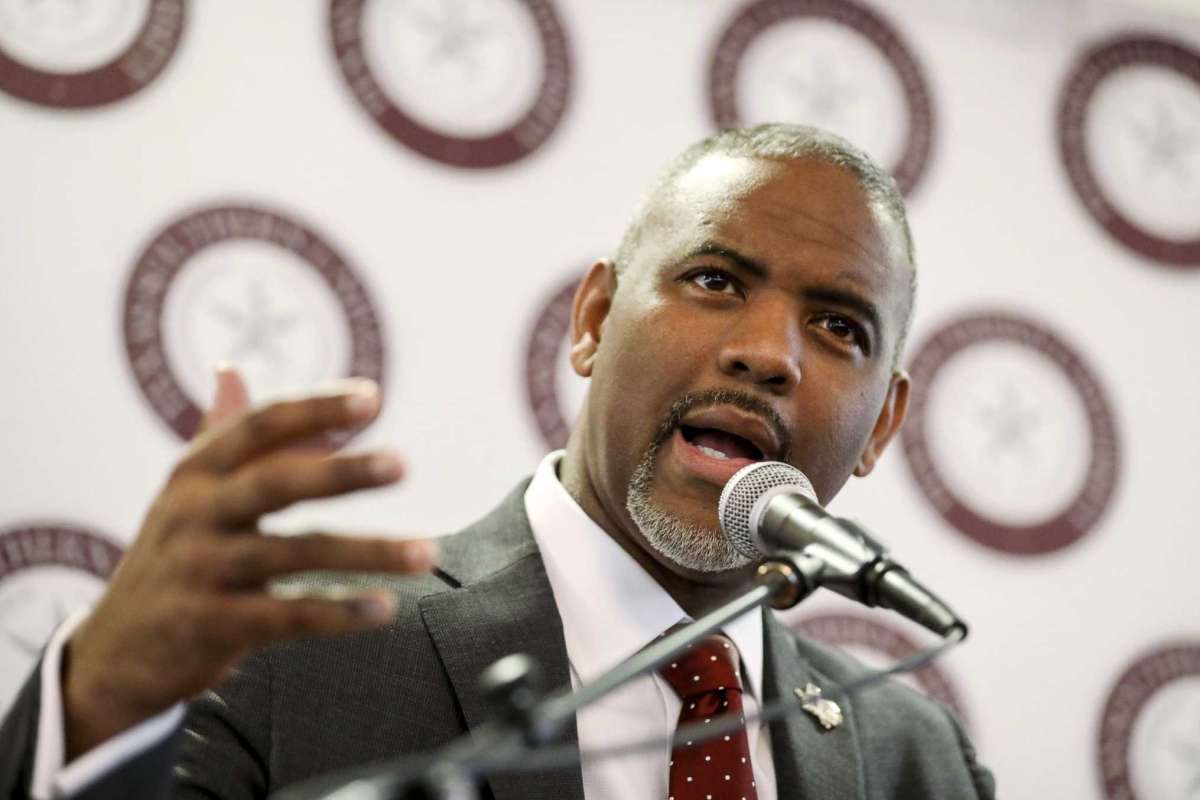 Texas Southern University awarded more than $400,000 in scholarships to poorly performing students in a scheme to boost enrollment and enrich a school official that went unnoticed for years, according to an auditor’s report obtained Wednesday by the Houston Chronicle.

The 17-page report by TSU’s chief internal auditor reveals new details about the scale of an admissions scandal that toppled TSU President Austin Lane, who reached a buyout agreement with TSU’s board of regents after months of friction and controversy.

The March 10 report by auditor Charla Parker-Thompson shows that problems in the admissions process at TSU’s law school were far more widespread than previously known, and multiple law enforcement agencies have been contacted about “criminal behavior” uncovered by investigators.

They include the Harris County district attorney’s office, the FBI and the Texas Rangers. TSU has also notified the U.S. Department of Education, the State Auditor’s Office and two accreditation organizations.

Lane, who is faulted in the report for failing to notify the auditor and TSU’s board of regents about the problems in the admissions office, disputed the findings and emphasized his settlement agreement with TSU found no wrongdoing on his part. The board agreed to pay him a lump sum of $560,000, plus unpaid benefits that brought the total payment to $879,000.

“If I violated anything in (my) contract, they would’ve never paid me out,” Lane told the Houston Chronicle in a text message. “Termination for cause means no money. Obviously, that was not the case.”

According to the report, four students who applied to TSU’s law school paid the assistant dean of admissions more than $100,000 in return for scholarships and acceptance to the school.

Two other students had agreed to pay more than $18,000 to the assistant dean, but he was fired before they could pay him, according to the report. The parents of one student sold their vehicle for $10,000 to pay the same administrator, the report alleges. Nearly $13,500 in cashier checks or money orders, designated for a law school program, was also found under the assistant dean’s desk calendar, according to the report.

The investigation also revealed a scheme in which several students not eligible for federal financial aid instead were granted scholarships large enough to receive “substantial refunds,” which they could spend at their own discretion.

“There was no written policy for awarding scholarships” at the law school, the report states, and all scholarships were awarded at the discretion of the assistant dean.

The report didn’t identify the dean by name. But interviews and records show that Edward Rene, a longtime assistant dean of admissions at the law school, was fired last year over concerns about student applicants. Rene had worked at TSU since 1999.

Rene has not returned messages left by the Chronicle at his known addresses or on his cell phone.

“It was determined that at least six students were in communication with (Rene) regarding a financial impropriety scheme whereby these students were instructed to remit funds to (Rene) in exchange for enrollment and/or financial aid,” the report states.

The report’s description of one of the students matches the details of a transfer student named Shaboyd Cannon, who was interviewed by a Chronicle reporter about the origins of the admissions scandal.

Cannon now says he lied when he told a TSU lawyer that he had purchased concert and airline tickets and paid $16,000 to an assistant dean of admissions in exchange for being admitted last year to the Thurgood Marshall School of Law.

A reporter informed TSU officials last month that Cannon said he lied. But the allegation of paying Rene still appeared in the TSU’s report with no caveats.

“The truth of the matter is I never gave him any money and he never gave me something in exchange for money,” Cannon said.

“I was under the anticipation that the board was going to allow me back into law school once the investigation was complete,” Cannon said.

After the Chronicle obtained a copy of the report, the newspaper forwarded a copy to TSU’s general counsel, Hao Le, who didn’t respond to questions about Cannon’s allegations.

The report alleges that Rene, as the assistant dean of admissions, had little oversight at TSU. Rene oversaw at least $400,000 in scholarships that were awarded to students who hadn’t performed well academically, but gave a boost to TSU’s enrollment numbers.

The report also stated that there were 500 completed law school applications that were never reviewed, despite around 365 being “presumptive admits.” The law school thus “lost an opportunity to have students that could have improved its entering class credentials,” the report stated — an improvement that could have possibly helped its recent assessment from the American Bar Association.

The bar association said TSU was out of compliance with its standards that require a law school to “only admit applicants who appear capable of satisfactorily completing its program of legal education and being admitted to the bar,” which could put TSU at risk of losing its accreditation.

Additionally, $31,600 that was intended for the school’s Legal Education and Advancement Program, a six-week performance-based program which admits students based on additional criteria other than grades and LSAT scores, is still unaccounted for, according to the report.

The TSU Foundation is an independent nonprofit that receives and manages private dollars that support the university’s fundraising. It’s the same foundation that TSU’s board had previously accused of paying for Lane’s “excessive” entertainment expenses.

The report also stated that depositing the student fees into the foundation was a violation of the Texas General Appropriations Act and that the funds were not allocated back into student accounts.

Melinda Spaulding, executive director of the foundation and vice president of university advancement at TSU, stated questions or concerns regarding the foundation can be cleared up by the third-party auditor that the board hired to review the foundation’s accounts.

“The Foundation was pleased by the public statement from the chair of the audit committee during the February meeting stating (that there were) no major deficiencies in the audit and a desire to move forward together in the best interest of TSU,” Spaulding stated.