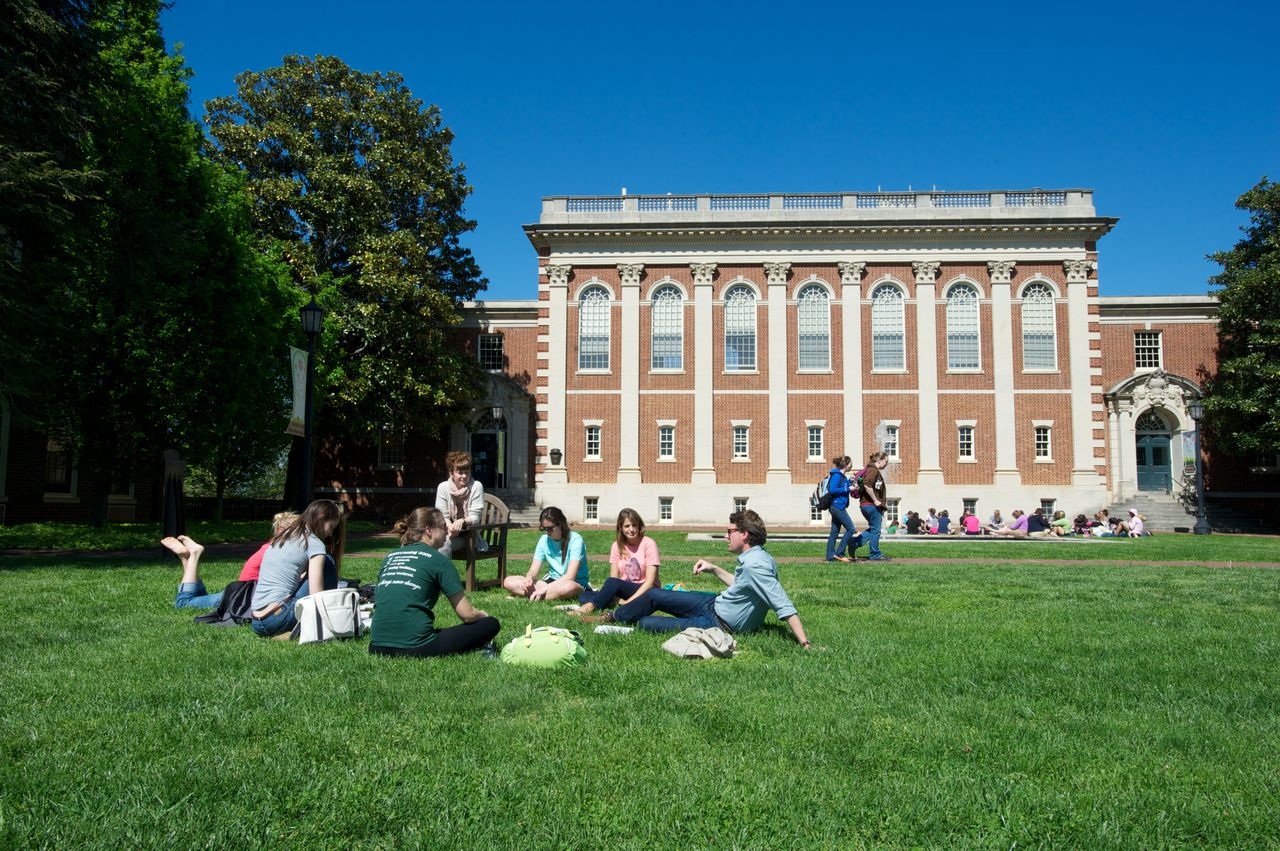 While today’s headlines read “Sweet Briar College will stay open at least another year,” the multitude of articles written since the announced closing on March 3 tell a different story. What cannot be sustained is the Sweet Briar most of the alumnae who have “saved” the college remember. What will operate in 2015-16 and what will likely survive beyond that year is a new Sweet Briar.

Sweet Briar has never been so special it could not survive, but it might have been so special it will have to change to survive. The world around it is changing. But Sweet Briar has never changed without a fight. It took over 10 years and a ruling of the U.S. Supreme Court to get Sweet Briar to eliminate the impact of the word “white” in the will that established the college and to allow African-American students to enroll. (See“Thank You Mr. Newman: Reinterpreting the Will of Indiana Fletcher Williams,” in Sweet Briar Alumnae Magazine, March 2001.) Sweet Briar was the last of the women’s colleges in the South to integrate (in 1966), and the chair of the board at that time insisted that the will wasn’t changed; it was just “reinterpreted.” Even when Sweet Briar changes, it is hard for it to admit it has changed.

The Sweet Briar College of the past is no more. Gone is the college where the young women all wore lots of pink and green and pearls, a pinkie ring was the class ring, and a big event was a pass-the-hot-potato type of game where a ring was passed along a long ribbon until it came to a girl who cut the ribbon and put on the ring to announce she was engaged; where, as one alumna described it, “you met the daughters of Texas oil tycoons, and your dorm had a grand piano in the formal parlor.”

Even in the 1980s the college reflected the finishing school it had once been: “Seniors… wore black graduation robes on a daily basis as they strode to class.” Fresh yogurt from the campus dairy was served routinely, and there were formal dances “where the booze flowed among the tuxedo- and taffeta-clad guests.” And the students from nearby men’s colleges frequently hosted parties at the Sweet Briar boathouse on the lake.

This description does not suggest that the college was not rigorous academically. The women who went there and then achieved the kind of professional success that enables them to contribute over $12 million to the college in a matter of a few months did not spend all their time in college horseback riding and having tea and cookies from the campus bakery.

Today there are still two lakes, six nature sanctuaries, a 130-acre riding center and 21 of 30 buildings on the National Register of Historic Places. But now the college has a new fitness center and seniors live in townhouses. In the fall of 2014, 37 percent of the students were first-generation, 32 percent were minorities and 43 percent received Pell Grants. As one professor said, “Sweet Briar is no longer the horsey school on the hill.”

When the new administrators look at the diversity on the campus in terms of academic abilities as well as race and ethnicity and see that 98 percent are receiving financial aid and may not have come to the college as well prepared for academic rigor as student of the past, they will adopt changes to adapt to the needs of that population. It may be only a short while before there are tutoring centers and remedial courses taught there.

Perhaps the college will even begin to offer some online courses — although four years ago when a college publication asked the question “Should Sweet Briar Offer Online Education?” one major administrator replied, “Sweet Briar is a traditional residential liberal arts college. We don’t have any need to do business with online classes. The education would not be the same…. The isolation that online classes create also collides with the teaching philosophy of Sweet Briar, which is to provide education in small, discussion-based classes in an intimate and strong community.” Well, the reality is that education at Sweet Briar is not the same it once was, and it is likely to move even farther away from that utopian state.

There are a lot of new higher education models that cannot be replicated at Sweet Briar in the near future. The college really cannot do what Trinity Washington University, a women’s college that once served a privileged student body, did when enrollments started dropping: become a multifaceted urban university targeting new populations, such as low-income women in the District of Columbia who hadn’t had the opportunity to get a good high school education. It is likely to be a long time before the area where Sweet Briar is located is no longer rural. But while Starbucks isn’t likely to open its own store in the community immediately, it will probably be only a short time before there is a coffee shop serving Starbucks products somewhere on the campus.

The big issue going forward will be if, in the words of Steve Spitzer, the certified fraud examiner who examined the records of the college, “the college’s finances [can be] handled in a prudent and responsible way….” News articles suggest that the board based its decision to close on projections made by consultants who had examined the trends impacting the college’s finances. The tipping point was the enrollment and retention figures. While applications were increasing, the number of admitted students who actually enrolled was “plummeting.” In 2009 the yield was 33.3 percent; in 2014 it was 20.9 percent. In 2013 the endowment was $94 million; in 2014 it was $85 million.

Sweet Briar provided Inside Higher Ed with figures current as of January 2015 that reflect the discouraging data the board had to consider:

Perhaps the implications that the previous administrations did not handle the operations of the college in a “prudent and responsible way” are unfair. A lot remains to be seen in terms of how the college can be managed without continuing to dip into its endowment at rates almost no college could sustain. Will the college keep its 54 horses, costing $27,000 a month in food and $36,500 a month for care? Will it find the $28 million needed for deferred maintenance on its once grand buildings? Will the student-faculty ratio become higher than eight to one? As new administrators are hired, will they be able to reverse the trends creating the financial stress? One issue that might present difficulties for any development office is that of gathering donations to make the college an institution of the 21st century when most of those being solicited graduated during the 20th century and want the college to preserve the culture it once enjoyed.

Will Sweet Briar escape the fate of so many women’s colleges? Surely, the terms of the will that established the college will make it difficult for the college to become coed, if it wishes to do so. But in the mid-1960s there were 230 women’s colleges and today there are only about 40. And a study by Moody’s of 13 women’s colleges revealed that Sweet Briar had the lowest enrollment of them all — as well as the lowest operating budget (though it also had the lowest outstanding debt and the second lowest net tuition). Perhaps the most telling figure was that it was in the middle of the pack in terms of expenses per student. Few colleges can survive for long collecting roughly $20,000 per student and spending roughly $40,000.

It is time for those on the campus to get to work and hope the alumnae keep their wallets open.