How to Game the College Rankings 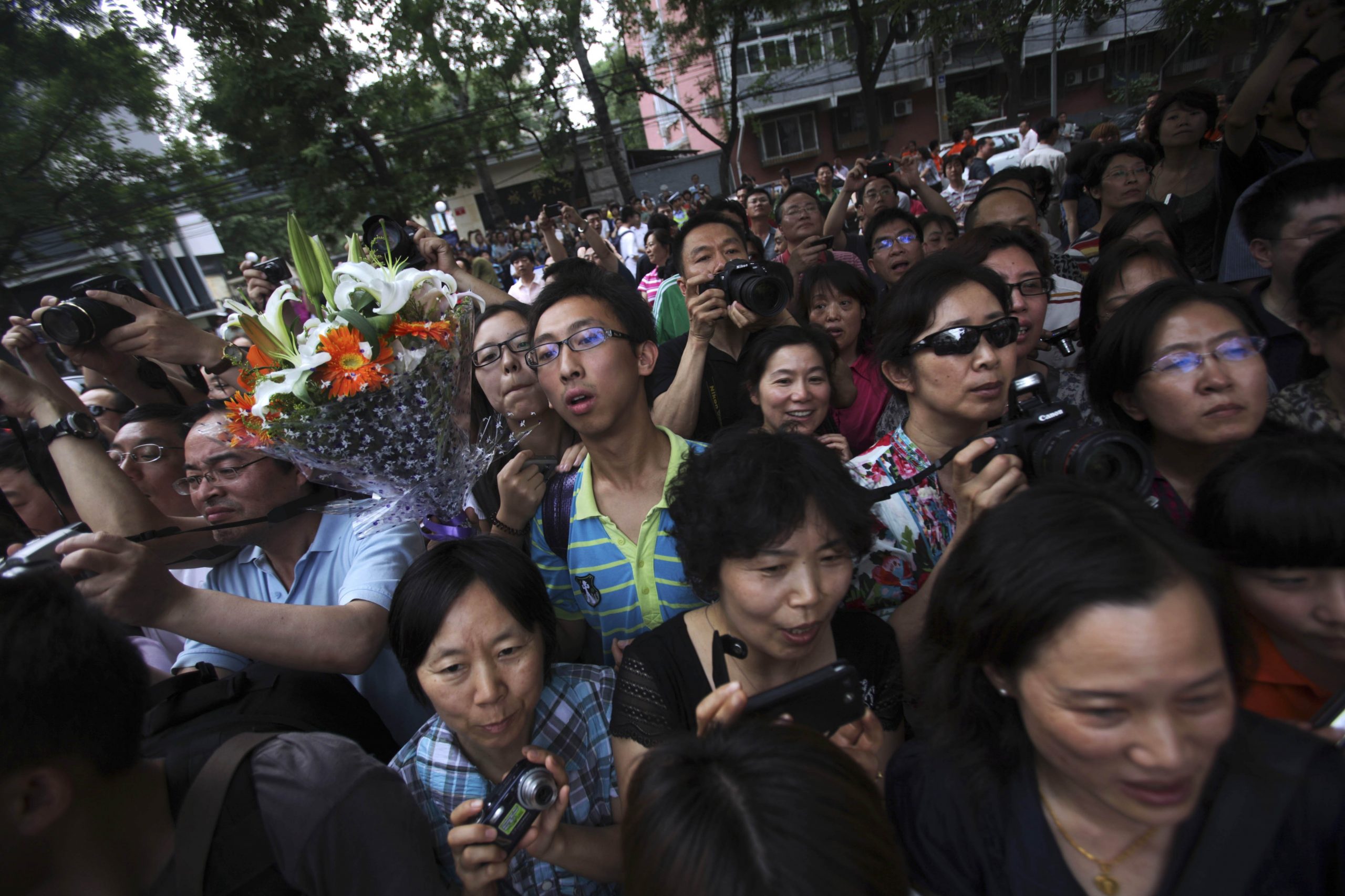 In the fall of 2013, Yue Zou decided that she wanted to leave Hegang, the city where she lived in the Heilongjiang province of China, and attend college in the United States.

Her boyfriend, already a student at the University of Pittsburgh, was eager to help her get admitted to a competitive university.

He didn’t help to edit her essay or arrange for her to be tutored for the SAT.

Instead he contacted a Chinese company that specializes in finding American-based test-taking proxies who, for a fee, obtain high scores on the SAT, the graduate school admission test called the GRE, and English-proficiency exams like the TOEFL for their wealthy Chinese clients.

According to court documents, Zou’s boyfriend negotiated a deal with the test broker. Zou then paid the broker $6,000 for the TOEFL and $2,000 for the SAT. The broker then arranged for a graduate student to take Zou’s college-entrance exams in Pennsylvania, the court documents say.

The scheme succeeded, at least for a time. Zou applied to and was accepted at Virginia Tech, where the average SAT score range for the math and reading sections is between 1160 and 1340. She enrolled there in the fall of 2014.

Law-enforcement officials in this country say that highly organized rings of college-admission-exams imposters—once considered a unique artifact of the high-stakes, test-driven Chinese education system—have arrived on our shores. The scam is probably as old as college-entrance exams themselves and periodically, test fakers get snared. Five years ago, 20 teenagers from Nassau County in suburban New York made headlines when they were arrested for being paid to take—or paying others to take—their SATs.

The networks like the one Zou used are far more sophisticated. In these schemes, brokers in China are using computer-enhanced photography to create nearly undetectable fake passports for schemes that allow imposters to take a range of tests—including the SAT, the GRE, and the TOEFL for students across the globe.

No one is sure exactly how many SAT, GRE and English-proficiency exam takers are using imposters in the U.S., but law-enforcement officials believe they could be more active than test administrators and security experts once thought possible.

“Hiring test-taking proxies has been a widespread practice in China for a long time,” says Terry Crawford, who runs a video interviewing service called Initialview, which helps colleges, including Stanford, Duke, Georgia Tech, N.Y.U and Columbia, vet overseas applicants. “With so many Chinese students wanting to study in the U.S., it’s natural that these fraudulent practices are spreading here, where security is comparatively low.” Last spring, Zou, her boyfriend, and 13 other current and former U.S. college students from China were arrested and last month pleaded guilty in Pittsburgh for their part in the scheme. Most will be deported.

Zou’s lawyer couldn’t comment on her case because she hasn’t yet been sentenced. “During our investigation, it became clear that the scope of the scam is very broad,” says David Hickton, the U.S. attorney for western Pennsylvania.

Although he says he doesn’t expect his investigators to make more arrests, “The networks that we uncovered are obviously meant to serve a much larger group than these 15 students.”

The vast majority of the 300,000 or so Chinese students who enroll in U.S. colleges each year earn their admissions credentials legitimately. Like their American counterparts, most prepare for the SAT, GRE, and GMAT by downloading study guides and past tests, which are made available to the public by the testing agencies.

They use free online tutoring resources like Khan Academy, too. Like high-school students in the U.S., many Chinese students also pay hundreds and even thousands of dollars to be tutored for admissions tests to U.S. colleges and graduate programs.

In China, as in the U.S., tutoring companies promise to teach their pupils specific content and test taking “tricks” that will boost their score on test day. Wealthy Chinese families also hire college-admissions agents to help their son or daughter negotiate the unfamiliar and complex college application process in the U.S.

Indeed, Chinese students often come from wealthy families, and for more than a decade, colleges across the country have welcomed applications from overseas because these students are willing to pay additional fees on top of full tuition and rarely request or are given financial aid.

Obtaining a test-taking proxy to sit for an exam, though, takes the concept of test prep to a new and sometimes criminal level. According to law-enforcement officials, the scam works like this: College hopefuls or their college-admission agents contact a broker online who obtains some basic biographical information from the student—such as gender and age—and details about their appearance.

Then, for a fee, the broker finds a test-taking proxy, called a “gunman,” who will be able to pass for the applicant. The gunman sends his or her photo to the broker. Some brokers simply prepare a fake passport using the applicant’s biographical information and the gunman’s photo. Chinese-language websites advertising the services of test-taking proxies in the U.S. are flourishing. “These services are not exactly underground,” says New York-based defense lawyer Anna Demidchik, whose firm represented a wealthy University of Connecticut student, Quifan Chen, who recently pleaded guilty to having a gunman take his GREs in December 2014 and using them to apply to top business schools.

“Some brokers will only take clients if they are referred by another student,” Demidchik said. “Others will take customers after a brief electronic negotiation.”

In an effort to show how pervasive the cheating scams were, Demidchik recently had her paralegal, who is fluent in Chinese, negotiate with a broker to obtain prices for U.S.-based test-taking proxy online. The proxy companies, she points out, exist to meet a demand.

“Middle-class and wealthy Chinese parents are putting enormous pressure on their children to gain admission to prestigious U.S. colleges,” she said. “Add to that, there is a cultural disconnect—many Chinese families don’t realize how seriously Americans take these kind of infractions.”

Indeed, last week, the website www.moonbead.com, which law-enforcement officials say was the site that the test fakers used to arrange a U.S. gunman for Zou, seemed eager to solicit new clients.

“Our price is high but reasonable,” the site says in Chinese. Under instructions for arranging SAT proxies, “Daisy,” the broker from Moonbead, recommends college hopefuls secure their gunman early.

“Give us the anticipated test score and test time you prefer. There are only six tests in each year … our gunmen are limited and excess-demand, please book the service as early as possible, especially for those who need a higher score.” Faking excellent scores, according to the site, costs more than simply faking good scores. “Please contact us individually if you need the test score of 2100 to 2200, the service fee changes based on different cases.” Scores are guaranteed. “We have the confidence to take your money as we let you pay after you get your score.”

And if a client doesn’t pay? The FAQ on Moonbead.com carries a hint of menace. “We can report your cheating … this will be your scar and scandal for your whole lifetime.” Besides, the site reminds would-be clients, “We have all your personal and private information … Don’t win the battle but lose the war.”

The “Forever Sailing” site www.tuofuzhukao.com/tfdk, another test-taking broker, makes it clear that most of their business is in China and South China, but if you want your gunman to take the test in U.S. and Canada, “please indicate this beforehand, we could arrange the test taker, the expenses and manipulation is different.” Neither of the broker sites responded to email queries from a reporter.

The risk for a U.S.-based gunman is enduring—and the payoff relatively small. Fu Xi, 25, a Chinese national who graduated from the University of Pittsburgh, had already started his career in finance, working at Wells Fargo in Oregon, when his earlier employment as a highly sought-after U.S.-based gunman caught up with him.

Xi, who majored in business, supplemented the money he got each month from his parents by earning $500 each time he took the English-proficiency exam for other college applicants at test sites around Pittsburgh.

“Agents came to his door and confronted him and he admitted his role in the scheme,” said his lawyer, Almon Burke. Xi eventually pleaded guilty to mail fraud. His plans to work in finance in the U.S. and eventually become a citizen here are now derailed, Burke says.

But the probability of being discovered seems relatively small. Immigration officers detected imposters in the Pittsburgh ring that included Xi, not any security measures put in place by test administrators. “Investigators turned up a fake passport and worked backward,” said Hickton.

The Educational Testing Service (ETS), which administers the GRE, the TOEFL, and many other tests, continually monitors the Chinese test-broker sites, says Ray Nicosia, director of ETS’s office of testing security. “Our strategy is identification, detection, and remediation,” Nicosia said. “We know there are professional test-takers operating in the United States.”

He declined to discuss the breadth of the problem. Two years ago, in an effort to root out imposters, ETS began using voice-recognition software for its English-proficiency exams. “Once we identify an impersonator, we can keep their voice sample,” he said, although how such measures deter a gunman is unclear.

“We’ve also taken other steps that we won’t talk about publicly to combat the problem,” he said. Nicosia says his team works with law enforcement on any investigation and when they get evidence of an impersonator, “we cancel the scores.”

Zachary Goldberg, a spokesman for the College Board, which administers the SAT, said his organization canceled the January SAT exam at 45 test sites in China and Macau over security concerns. Goldberg said the College Board routinely monitors the sites.

“We are aware of those schemes,” he said. “We don’t know how widespread they are. But we are constantly tweaking our security to make sure we can deliver valid test results that members of the higher-education community can depend on.”

Source – This story was produced by The Hechinger Report, a nonprofit, independent news organization focused on inequality and innovation in education. Read more about higher education.