Recruiting Students Overseas to Fill Seats, Not to Meet Standards 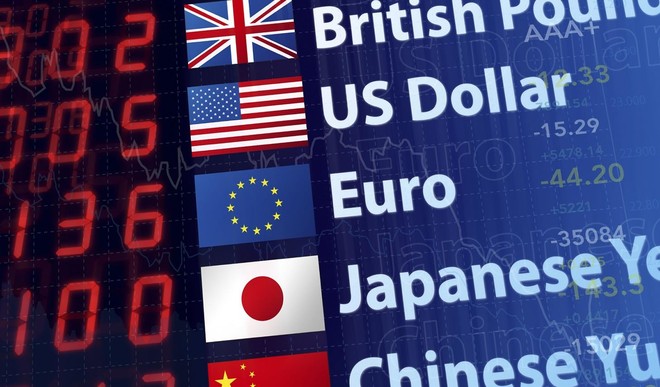 Tunde Fatunde11 March 2016 Issue No:404
Nigerian President Muhammadu Buhari has put an end to speculation and announced that students abroad no longer have access to foreign currencies lodged in the central bank to pay for tuition fee and other costs. Along with a plummeting currency, the move is causing suffering for tens of thousands of university students around the world.Buhari made the announcement in a recent interview with Al Jazeera television, sparking strong reactions and emotions in Nigeria, especially among middle-class parents with children studying abroad. It affects students at all levels and in all types of education.

“Those who can afford foreign education for their children can go ahead, but Nigeria cannot afford to allocate foreign exchange for those who decided to train their children outside the country,” the influential newspaper This Day reported him as saying.

“We can’t just afford it. That is the true situation we are in.”

The journalist who interviewed Buhari pointed out that the president had children studying overseas. “Yes I have children abroad because I can afford it,” he affirmed. It is public knowledge that his daughter Zahra Buhari is a microbiology student at the University of Surrey in the United Kingdom.

Among the people who were not happy with the pronouncement was Senator Ben Bruce, a prominent member of the entertainment industry. He reminded Buhari that he was not voted into office by the electorate in order to prevent their children from studying in any foreign institution of their choice.

Bruce wondered about the rationale for the declaration, when the Buhari administration approved foreign exchange for Nigerians going to Mecca and Jerusalem on pilgrimage.

He claimed that exotic foreign cars worth millions of dollars had been ordered for members of the senate, accused the president of implementing wrong policies and predicted that people would patronise the ‘parallel’ market to source foreign currency for children abroad.

Extent of the problem

The former governor of the Central Bank of Nigeria, Sanusi Lamido Sanusi – who is the current emir of Kano – said in a lecture in 2014 that there were around 71,000 Nigerian students in Ghana’s tertiary institutions and they spent about US$1 billion on tuition and upkeep.

He said: “The tuition paid by Nigerian students studying in Ghana with a better organised education system is more than the annual budget of all federal universities in the country.” Nobody has faulted his declarations, because as the bank’s former governor, he had deep knowledge of foreign exchange transactions.

According to the UNESCO Institute for Statistics, there are more than 52,000 Nigerians in tertiary education abroad, with some 17,300 in the United Kingdom, 12,000 in Ghana and 7,000 in the United States.

A highly placed official at the Central Bank, in an exclusive chat with University World News, revealed that this apex financial institution processes about two million foreign exchange applications annually for students abroad – at all education levels.

Nigerians place strategic importance on education as a vehicle to obtain good jobs and improve living standards. It is therefore not surprising that many people are struggling to come to terms with Buhari’s measure.

Last week, the Nigerian tabloid Daily Trust published a survey indicating that Nigerian students were stranded across the world because of the foreign exchange crisis.

The value of the country’s currency, the naira, has plummeted by about 40% since the beginning of the year.

The paper’s correspondents found many Nigerian students abroad suffering serious financial difficulties and contemplating returning home because of lack of funds for tuition fees and other essentials.

Some students complained that their parents could only source forex at very high exchange rates on the ‘parallel’ market because commercial banks charged black market rates when students made withdrawals with ATM cards.

Aliyu Abubakar Shehu, president of the West African Students Union at Islamic University in Uganda, told Daily Trust that administrative charges by commercial banks were prohibitive, and there were also very high charges attached to receiving funds through Western Union or MoneyGram.

Daily Trust investigations revealed that many Nigerian students in Malaysia have been suspended by institutions due to their inability to pay outstanding tuition fees.

Some students are having problems with immigration and police authorities because they have not been able to renew their visas or expired passports, or meet accommodation and other daily financial obligations. Some said life was becoming unbearable.

More than 200 students at Al-Madinah International University in Malaysia went to the Nigerian high commission seeking financial assistance to avoid being deregistered. The high commission wrote to the university, pleading for more time to enable the students to pay outstanding fees.

Nigerian students at Universiti Putra Malaysia and Universiti Utara Malaysia complained that the exchange rate of the naira was adversely affecting them, making it difficult to focus on academic pursuits.

Daily Trust also spoke to a Nigerian parent with a child studying in Dubai, who said he could not cope with the high tuition fees and might have to bring his son home.

Nigerian students in Ghana and China told the newspaper of the grim financial problems they are facing because of the naira rapidly losing value.

Student Muhammad Khalil told a Daily Trust correspondent in China that many Nigerian students were contemplating searching for jobs to make ends meet – even though Chinese law does not allow them to work and they could be expelled from the country.

Before Buhari halted Central Bank assistance to students abroad, devaluation of the naira had negatively affected their living conditions. Now there are fears that Buhari’s directive to the central bank could translate into a mass exodus of Nigerian students from their host countries.