When You Need a Fast-Talking Dean 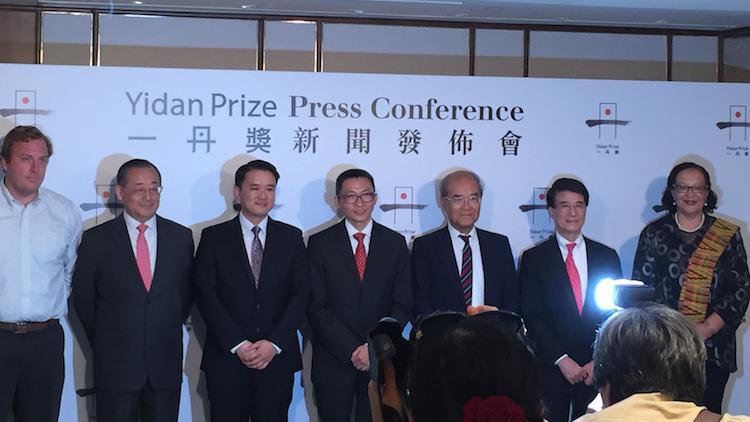 A Chinese internet billionaire has launched the world’s biggest education prize worth more than £5m in Hong Kong today.

The award, called the Yidan Prize, will recognise “outstanding” individuals, such as teachers, or teams of people working in education, providing them with substantial investment to fund their projects.

The initiative is the brainchild of Charles Chen Yidan – a tech billionaire, who co-founded one of the world’s biggest websites, Tencent, which provides social networks and other internet services in China.

Each prize will total £2.6 million, with half given as a cash lump sum and the remaining half handed out over three years to finance the winners’ projects.

The award is aiming to become the Nobel Prize for education, and will challenge the Global Teacher Prize as the world’s biggest education award, which hands $1m to an exceptional teacher every year.

Mr Chen said the prize will recognise and support “agents of change” in education, and will help tackle the most significant education challenges facing the world over the coming years.

“It is intended to ignite constructive and inclusive dialogue around education,” Mr Chen said in a press conference in Hong Kong.

“The world is facing the fourth industrial era, which is defined by humans’ interface with computers – are we ready to face that future? The world needs a big idea and that is why we have set up this prize to create many big ideas to create a better world.”

To launch the award, the Yidan Prize Foundation commissioned a report by the Economist Intelligence Unit to make series of educational forecasts in 25 different economies up until 2030.

The research predicted and then ranked each country’s performance across five categories by 2030: expenditure on education, affordability of tertiary education, youth unemployment, Stem (science, technology, engineering and maths) graduates in the labour market and internet access in schools.

The results ranked the UK 10th out of 25 countries in terms of its predicted spending on education by 2030 behind the likes of France, Norway and Finland.

Britain was placed as 15th in terms of youth unemployment forecasts, making it one of the worst performers among developed nations, but better than France and Finland.

It is expected to come in the top 10 for internet access in schools and the percentage of Stem graduates in the workforce, but is predicted to be one of the worst developed economies for its affordability of tertiary education. Only the US is predicted to be more expensive for students in terms of its higher education costs.

Nominations for the £5m prize will open in June this year. The inaugural winner of the Yidan Prize will be announced in September 2017, and a prize giving ceremony will take place in December of that year.