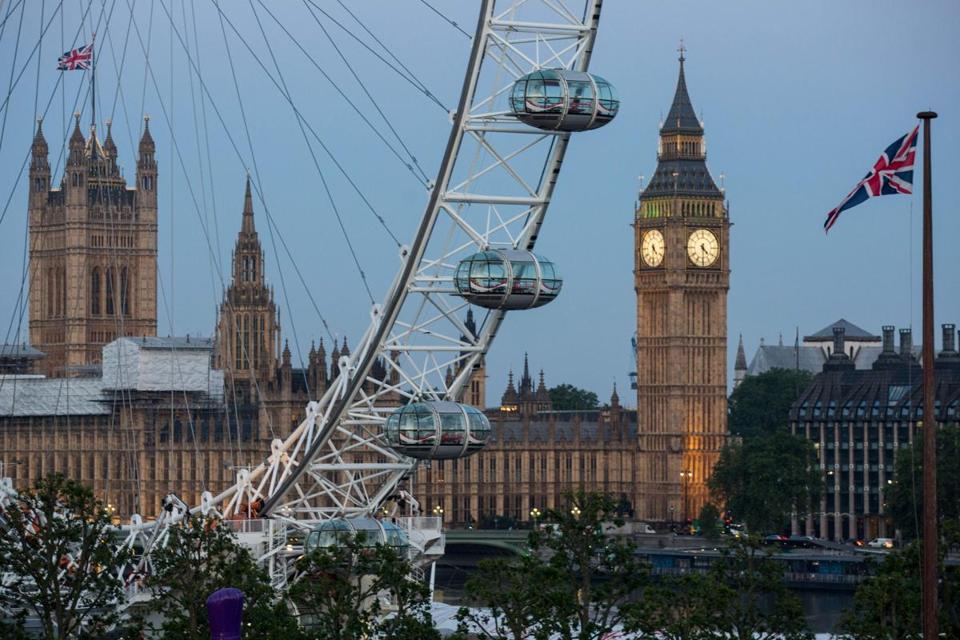 LONDON — Britons have voted to leave the European Union, their concerns about immigration and what some saw as the ever-increasing power of the 28-member bloc trumping the attraction of being part of a single market of more than 500 million people and a European project forged from the ashes of World War II.

Here’s a look at what happens next:

Prime Minister David Cameron, head of the ruling Conservative Party, is expected to make a statement, most likely outside his official residence at 10 Downing Street. Former London Mayor Boris Johnson has not indicated when he will speak about the ‘‘leave’’ campaign success. U.K. Independence Party chief Nigel Farage, who spoke several times late Thursday and early Friday, also plans a further statement Friday morning. Cameron’s defeat in the referendum represents a political earthquake that may re-shape the Conservative Party leadership, which was deeply split by the Brexit issue, and could cost him his job. ‘‘He’s almost certainly got to go,’’ said Tim Bale, a professor of politics at Queen Mary, University of London. ‘‘There are too many people who will see him as someone who lost his legitimacy and … was outplayed by an opponent who wants to take over as a leader.’’

WHAT HAPPENS TO ECONOMY?

The pound suffered one of its biggest one-day falls in history Friday, plummeting more than 10 percent in six hours on concerns that severing ties with the EU will hurt the U.K. economy and undermine London’s position as a global financial center. Authorities including the International Monetary Fund, the U.S. Federal Reserve and the Bank of England had warned Britain’s exit would send shivers through a world economy that is only slowly recovering from the global crisis that began in 2008. Now economists will wait to see if their predictions come to pass.

WHAT ABOUT THE NEIGHBORS?

EU leaders will see Britain quitting as a dangerous precedent and a potentially fatal blow to the European project. Some face growing euroskepticism from their own citizens and may feel the need to make a strong case domestically for why the now-27-nation bloc has a future. This could lead to reforms of how the EU works. Future negotiations may be overshadowed by a sense of betrayal and the feeling that an example needs to be made of the U.K. to discourage others from leaving too. The fallout could also hit Europe’s fragile growth. Germany’s Finance Minister Wolfgang Schaeuble recently said that ‘‘it would be a miracle if a withdrawal of Britain would come without economic disadvantages.’’ On the other hand, a British exit, or Brexit, could spur the European Union into action. Since joining the club in 1973, Britain has shaped the bloc mainly by putting the brakes on the drive toward ever-closer political union, a project that could now be revived with gusto.

COULD LAWMAKERS DECIDE TO IGNORE THE PROCESS?

Britain’s referendum doesn’t automatically trigger an exit from the European Union, which has led a few commentators to suggest that lawmakers might simply decide to ignore or slow-ball the process. So could they? ‘‘In legal theory that is possible. In practice that is absolutely not possible,’’ said Alan Renwick, the deputy director of the Constitution Unit at University College London. ‘‘If there is a vote for Brexit then on Friday the PM will indicate how the process of Brexit will begin.’’

THE WAY FORWARD MAY NOT BE STRAIGHTFORWARD

The result will trigger a new series of negotiations as Britain and the EU search for a way to separate economies that have become intertwined since the U.K. joined the bloc on Jan. 1, 1973. Under Article 50 of the Treaty of European Union, talks would likely last two years, with the possibility for extension if all of the remaining 27 EU nations agree. But the clock starts ticking only when the U.K. notifies the EU that it wants a divorce — and some on the ‘‘leave’’ side have suggested that this won’t occur until 2018. However, the EU may not accept a delayed exit. ‘‘U.K. negotiations with the European Union will prove difficult, given that EU leaders will not want to set a precedent for an easy withdrawal for other countries that could reconsider their status, such as Denmark,’’ said Howard Archer of IHS, a research firm. No matter what, the EU will face issues. Alongside economic woes, troubles with Greece and the inability to agree on how to manage a refugee emergency, a British exit would deepen Europe’s existential crisis.