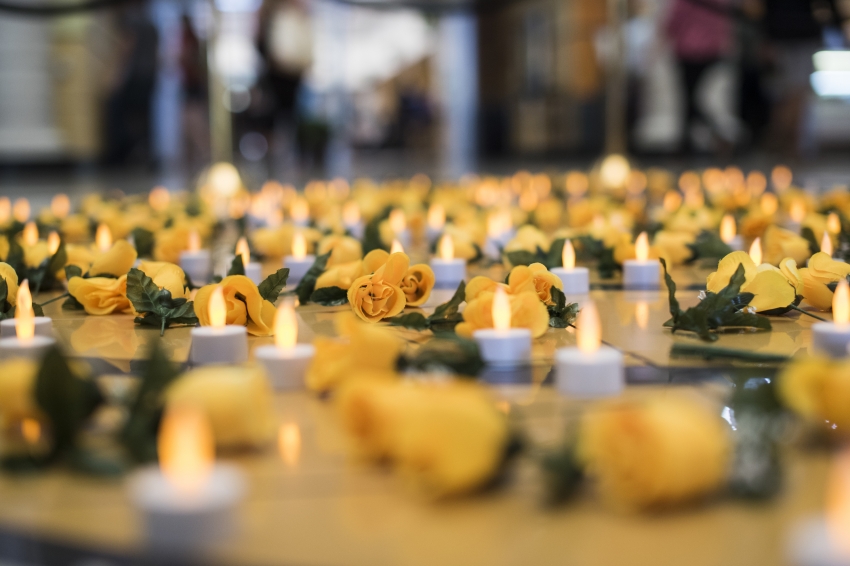 Colleges in and near Orlando, Fla., have spent the past two days responding to the mass shooting that left 49 people dead and 53 wounded there over the weekend. Presidents released statements of condolence, while their campuses provided counseling services, organized blood drives, and planned memorials.

Many young adults were among the victims of the attack, which began at a gay nightclub at about 2 a.m. on Sunday morning. The city was still releasing their names on Monday, but several had been identified as college students in news reports, and at least one student’s death has been confirmed by his college.

As the victims’ names were released, the student-registration staff at Seminole State College cross-referenced them with those of the college’s students, said Mark R. Richardson, Seminole State’s communications manager. They found one match on Sunday: Luis S. Vielma, who was studying emergency medical services before he died in the attack.

The college has not yet planned a memorial for Mr. Vielma, but the student government or alumni association may organize one, Mr. Richardson said.

Representatives of several other area colleges said that they were also monitoring the list of names to find out if their students were among the deceased.

It may take some time for the colleges to determine just how many students, faculty, staff, and alumni were present during the shooting or lost a loved one in it. In the meantime, they are working to provide students with support, and also give them a chance to help by offering solidarity and donating blood.

Seminole State’s president, E. Ann McGee, was away from the college on Monday, but released a statement saying, in part, “We are saddened by the tragic events this weekend and the loss of one of our own, Seminole State student Luis Vielma. We continue to think of and pray for the victims, their families and friends, the LGBT community, the Hispanic community, our students, and all of Orlando.”

Valencia College, a community college with several locations in and around Orlando, released a statement from its president, Sanford C. Shugart, on Sunday, offering condolences and adding that “while the FBI has reported that there are no known credible threats to the Orlando area at this time, Valencia’s Office of Campus Security will be increasing the number of security officers and law enforcement present when classes resume tomorrow.”

On Monday the chair of Valencia’s Board of Trustees added a statement of his own, saying the college would devote “every imaginable resource” at its disposal to bringing comfort and security to those directly affected by the tragedy and to the community at large.

“I tell our LGBTQ students, faculty, staff, and alumni this: You are not alone. Your university stands with you.”

The college also plans to release a video of the president speaking on Tuesday, said Carol Traynor, director of public relations, because “there’s probably a lot of people around here that need reassurance and support.”

A statement from John C. Hitt, president of the University of Central Florida, emphasized support for those who identify as lesbian, gay, bisexual, transgender, or queer, saying, “I tell our LGBTQ students, faculty, staff, and alumni this: You are not alone. Your university stands with you.”

Although it’s summer break on many campuses, tens of thousands of students are taking classes at Central Florida, whose main campus is in Orlando, says Maribeth Ehasz, vice president for student development and enrollment services, and the counseling staff began reaching out to them on Sunday afternoon. “We are really as a community very sensitive to the grief and the loss that we’re all experiencing,” she said.

The counseling staff “felt it was important to do outreach in certain locations,” Ms. Ehasz said, including Pride Commons, an inclusive space for LGBTQ students, and the Global UCF building, which houses international programs. The staff is also holding conversations to help students, faculty, and staff talk about and try to make sense of the tragedy.

At Rollins College, a private liberal-arts college in nearby Winter Park, only a small number of students are on the campus this summer, said Lauren Bradley, director of public affairs, in an email. Still, she said, the college is offering a session on grieving and loss, is hosting group counseling sessions, and has “activated our Dean of Students phone line; any student can reach out to this line and receive individualized care.”

In-person counseling was available from 8 a.m. to 6 p.m. on all four of Seminole State’s campuses, in central Florida, on Monday, Mr. Richardson said. The college also publicized a hotline students could call, and the number available to employees through its employee-assistance program.

Valencia has also made counseling available. Not too many students seem to be seeking it out so far, Ms. Traynor said, possibly because those who have been most affected stayed home on Monday, and the college expects that more will pursue counseling as the week goes on. The college has also designated a room as a reflection area for those who need a quiet place to sit, she said.

There were two blood-donation buses on Central Florida’s campus on Monday, one at the student union, in the heart of the campus, and the other at the football stadium, which members of the local community could use more easily, Ms. Ehasz said. About 100 people were waiting to donate blood in each location on Monday morning, she said. The blood drive will continue throughout the week.

Seminole State is encouraging its community to donate blood, Mr. Richardson said. The college is not hosting a blood drive itself, but one was already scheduled to take place nearby next week, he added.

Rollins held a “Peace Vigil” at its campus chapel on Monday, and estimates that some 300 people attended, Ms. Bradley said.

In his remarks at the vigil, Grant H. Cornwell, the college’s president, quoted the Rev. Dr. Martin Luther King Jr., and concluded with the college’s motto, which translates to “let there be light!,” saying: “We are educating generations of students with enlarged capacities for compassion, understanding, and agency. We are driving out the darkness of ignorance with light: Fiat Lux!”

At Central Florida, students in the LGBTQ community have planned a candlelight vigil for Tuesday evening with the support of the university staff, Ms. Ehasz said. In the meantime, “there have been several makeshift memorials that have been set up” on the campus, she said, offering students and others a chance to reflect.

Those efforts are only the beginning, Ms. Ehasz added. Central Florida anticipates that all of the 63,000 students it expects this fall will be marked by the tragedy in some way. “It’s not going to go away for us,” she said.