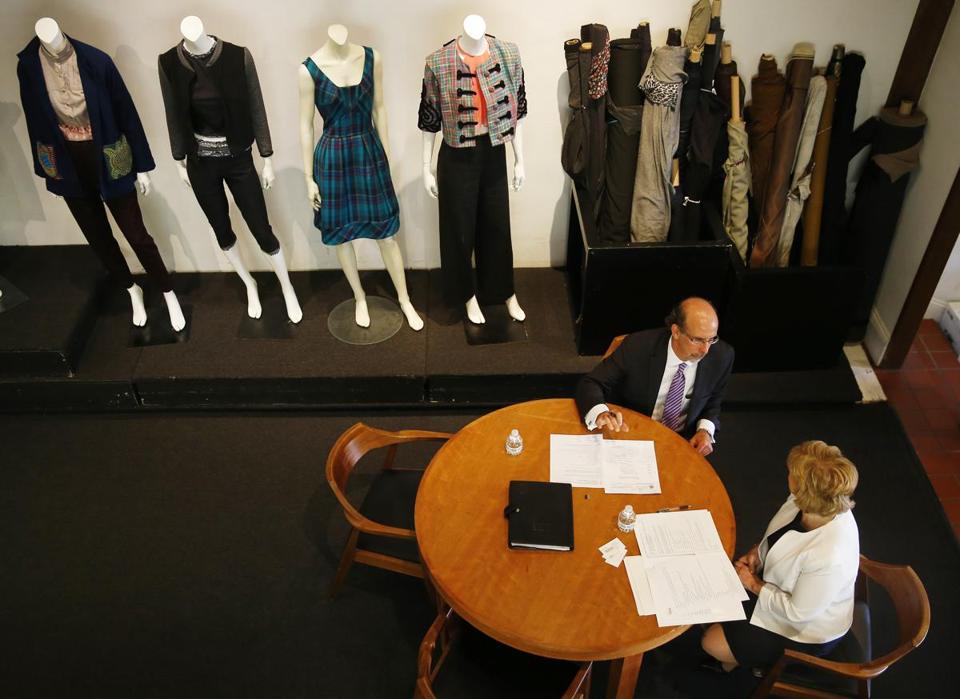 John Deziel, a field representative with the Department of Homeland Security, met with Denise Hammon, president of the School of Fashion Design in Boston, to talk about laws governing international students.

The federal government is stepping up oversight of the surging number of international students in high schools and universities nationwide, and an immigration official has made hundreds of visits to Massachusetts schools to ensure they comply with complex regulations and prevent fraud.

The scrutiny reflects the US government’s resolve to ensure that schools adhere to national security rules about foreign students that arose after the Sept. 11, 2001, attacks. The laws require schools to closely document how many students they have, what they study, where they live, and when they come and go.

In the past two years, Immigration and Customs Enforcement has deployed 57 field representatives across the country to help schools with what can be a daunting web of regulations. There are 63,000 international students in Massachusetts, according to ICE.

“While our field representatives work with schools to ensure their continued success . . . they also serve as [ICE’s] eyes and ears on the ground if they encounter situations of gross fraud or negligence,” said agency spokeswoman Carissa Cutrell.

The ICE field representative for Massachusetts estimates he has made 500 visits to schools from Cape Cod to the Berkshires over the past two years, helping them with questions and flagging situations that don’t seem right.

Nationwide, the department monitors more than 1 million international students pursuing academic or vocational studies, a number that has increased as much as 10 percent annually in recent years.

Local schools said they welcome the help, because regulations can be confusing and ambiguous.

“It’s nice to have somebody available when you’re in that gray area,” said Glenda Underwood, registrar at the New England School of Optometry on Beacon Street in Boston. On a recent ICE visit, she greeted field representative John Deziel with a highlighted printout of her 138 international students and a stack of file folders — backup documentation.

The optometry school was just one stop for Deziel on a busy day of visits around the city. He also checked in at a floristry school on Marlborough Street that is preparing to admit its third international student next year, and Northeastern University, a nationwide leader in international students, with 10,500.

In a black suit and a tie and toting a rectangular black bag, Deziel looked the part of a government regulator. As the visits began, he pulled out a thick leather binder with the initials ICE on the front. But that’s the most intimidating thing about him. With a soft voice and disarming smile, he asks schools how he can help.

Before he arrives at a school, Deziel does his homework. He has access to a federal database and checks how many international students a school has registered. If that number doesn’t match the records at the school, it could signal a problem.

At some schools, Deziel speaks with school officials almost in what could be a foreign language of government acronyms and form numbers: I-94, I-17, and I-20.

At other places, it’s vernacular. At the tiny floristry school, Deziel asked owner Steven Rittner whether he had sent a formal acceptance letter to a Nigerian student, which she could use at the embassy to help obtain her visa. He had not, so Deziel advised him how to write it.

In some cases, Deziel has found schools that aren’t following the law. Most of the time it’s not on purpose, he said. In other cases, ICE has caught those who try to illegally profit off the international student system.

In April, 21 international student recruiters and others across the country were indicted for allegedly conspiring with more than 1,000 students to fraudulently maintain student visas through a “pay-to-stay” college in New Jersey that was actually fake, set up by the government to catch fraudsters.

Not long ago, the School of Fashion Design on Newbury Street was out of compliance with regulations, Deziel said. After many visits with the school’s new president, the situation is resolved.

Deziel recently stopped back by the School of Fashion Design on Newbury Street, where high schoolers were busy cutting and laying out fabric amid mannequins dressed in fur-lined coats and low-backed evening gowns. He reminded president Denise Hammon to make sure students pay the international student feeso they will be allowed to enter the country at Logan Airport.

“I noticed a lot of them have paid, but there are a couple who haven’t,” he told Hammon.

The fashion school has a relatively small number of international students — two currently, and nine expected this fall. The government has certified 8,681schools nationwide, and 77 percent of them have 50 or fewer students.

Many schools ask Deziel whether they should use agents, the sometimes-controversial consultants who recruit students for many schools and are paid by the student and sometimes also by the school.

Deziel doesn’t advise schools one way or the other, but tells them agents aren’t necessary. In the past two years, he has seen schools become much more savvy about identifying dishonest agents, he said.

Schools said they have noticed the ways the international student-monitoring program has evolved over the years, mostly for the better. Having a real person to call for help is a huge improvement, they said.

“It’s like night and day,” said Rittner, at the floristry school. “It’s amazing.”