Meet the Sex Shops in Austin, Tex., That Put the Cocks in ‘Cocks Not Glocks’

In long-awaited decision, labor board says graduate students can unionize at private universities 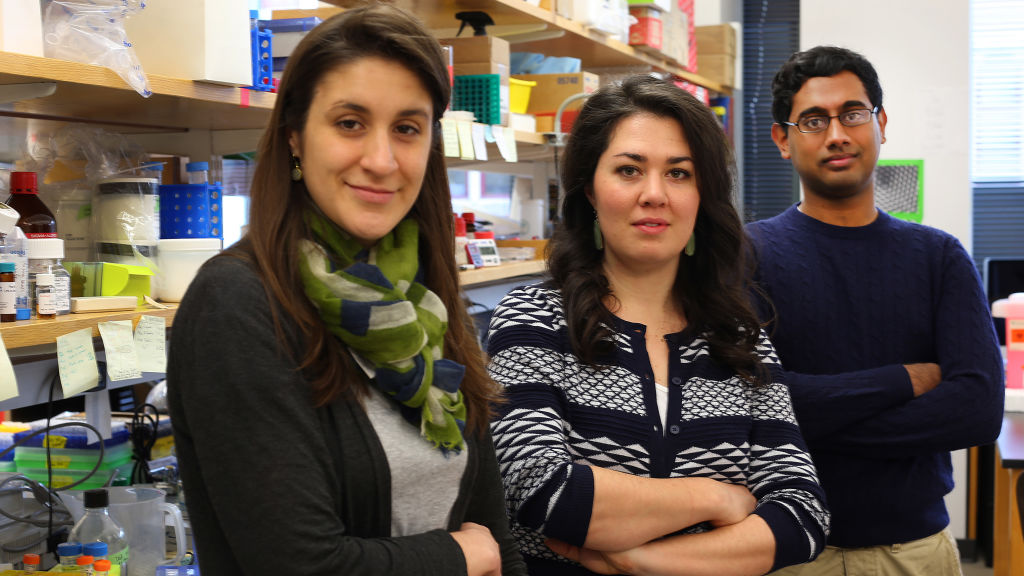 Private universities will need to recognize graduate students who conduct research and help teach classes as employees and therefore accept the unions that they form, the National Labor Relations Board ruled Tuesday.

n the new decision, board members wrote that the Brown decision not only had an incorrect interpretation of the act, “but also because of the nature and consequences of that error.” The decision “deprived an entire category of workers of the protections of the Act,” the members wrote.

Ahead of the decision, graduate students had been running union drives and preparing for union elections at top institutions including Harvard, Yale, Brown, Cornell, and the University of Chicago. The efforts ramped up after New York University became the first private university to voluntarily recognize its graduate student union in 2013.

Harvard, Stanford, and the Massachusetts Institute of Technology were among the universities that opposed the petition before the board, warning that giving graduate students collective bargaining rights could destroy the mentor-student relationship.

“While we are reviewing the ruling, Columbia — along with many of our peer institutions — disagrees with this outcome because we believe the academic relationship students have with faculty members and departments as part of their studies is not the same as between employer and employee,” Columbia said in a statement. “First and foremost, students serving as research or teaching assistants come to Columbia to gain knowledge and expertise, and we believe there are legitimate concerns about the impact of involving a non-academic third-party in this scholarly training.”

Universities have said that doctoral students were not employees because the research they conducted led them to their PhDs. Doctoral students often don’t pay tuition and in part do research and assist professors as part of the deal to get a degree tuition free.

The universities also argued that they could face disruptive grievances and years-long disputes over everything from graduate students having to grade essays, which students’ tuition got waived, and how many credits a student needed to become a teaching assistant.

In a statement Tuesday, Harvard said: “We continue to believe that the relationship between students and the University is primarily about education, and that unionization will disrupt academic programs and freedoms, mentoring, and research at Harvard.”

The university added: “If a petition for election is filed at some point by a union seeking to represent Harvard students, we would urge our students to get the facts, learn about the issues, understand the impact of unionization, and cast an informed vote. A labor union representing Harvard students will impact not only current students, but also faculty, staff, and future students.

The United Automobile Workers (which, despite its name, represents workers mostly from outside the auto industry nowadays) helped lead the union drive at institutions like Harvard. The union represents student unions at public institutions and NYU.

UAW officials said they hoped universities would not cause any further delay and that union elections could take place this fall.

Students involved said that unionizing would allow them to negotiate stable livable stipends instead of having to rely in part on grants.

Aaron Nisenson, senior counsel at the American Association of University Professors, said it will be interesting to see which issues any new unions prioritize. Some graduate students, he said, have said it is difficult to get the funding they need to teach a class, while others might want to establish rules regarding taking outside employment.

“What are the issues that they raise when they have the opportunity to do so collectively?” said Nisenson, whose organization supported the board decision.

Nisenson noted that, just as the Columbia decision reversed the Brown decision, a future decision from the board could change the landscape once again. That would of course depend on the views of the board members, who are appointed by the president.

Avery Davis, who is getting her PhD in human genetics at Harvard, said the decision amounted to “an affirmation of what we’ve known. … In addition to being grad students, we also do really valuable work for the university.”

She said that students who support forming a union will be reaching out to students just starting graduate school as the fall term starts and working on planning an election.

As for the university administration, she said, “We really hope that they all agree to be neutral in this and let graduate workers make their own decision.”
Most Popular

Experimental cancer therapy holds great promise — but at great cost
The EpiPen was her ‘baby.’ Now this pharma CEO is in the hot seat over price hikes
26 overdoses in just hours: Inside a community on the front lines of the opioid epidemic
Hillary Clinton, AMA urge EpiPen manufacturer to rein in ‘exorbitant’ costs
High price of EpiPens spurs consumers, EMTs to resort to syringes for allergic reactions

Andrew Joseph can be reached at andrew.joseph@statnews.com