How One University Enticed a World-Famous Rapper to Stop by Campus at 2 a.m. 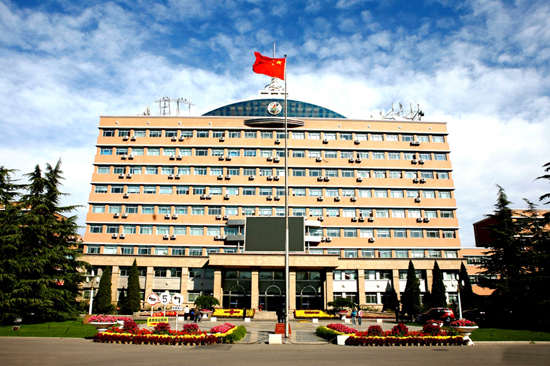 Chinese students at top-ranking universities are less creative than those at less prestigious institutions, a new study has found, with the authors blaming China’s exam-dominated education culture and intense university workload.

The research sheds further light on the long-running debate over whether Chinese graduates lack creativity and critical-thinking skills or if it is simply a comforting Western stereotype about a rising rival economic power. To measure creativity, two researchers from Kyungpook National University, in South Korea, tested 400 business school students across 16 universities in both China and Korea with a widely used creativity survey, which, for example, asks participants to link different words and to answer a series of questions about their attitudes, such as whether they “aim for stability.”

As expected, Korean students at top-ranked universities performed slightly better than their counterparts at lower-ranked institutions.

But in China, the situation was the reverse: students at top-ranked universities scored considerably worse than any other group in either China or Korea.

“This result is quite different from our expectation,” remarks the paper, “Analysis of University Students’ Creativity According to University Level and Gender: Focusing on Business School,” published in the Asia-Pacific Journal of Multimedia Services Convergent with Art, Humanities and Sociology.

The authors hypothesize that those students who won entry to high-ranking universities through China’s brutal entrance exam, the gaokao — often blamed for rewarding rote memorization over original thinking — will have already had their creativity killed.

“Chinese universities ranking among the top have a study environment with fierce competition. Most students concentrate on dealing with examinations and obtaining various certificates. University life becomes an extension of [the] middle school stage,” the paper argues.

This latest study, although relatively small scale, adds to concerns over the teaching quality at some of China’s universities. Researchers at Stanford University have found that computer science and engineering students in China made almost no improvements in critical-thinking skills after two years of university, while Russian and U.S. counterparts made sizable gains, The New York Times reported in July.

But student creativity is difficult to define, let alone measure. A 2011 study that interviewed German and mainland Chinese undergraduates found that the former identified philosophers, artists and writers as creative people, whereas the latter were more likely to name politicians, scientists and inventors (students in Hong Kong fell between the two groups).

This is because Chinese society sees creative people as those who have worked toward a collective good and have earned influence and recognition, whereas Western society sees creativity as a more individualistic, aesthetic endeavor, the authors argued.

However, some see criticisms of Asian students’ creativity as a mark of Western stereotyping. Bertil Andersson, the Swedish president of Nanyang Technological University in Singapore, has repeatedly made this argument, telling a higher education conference last year that “we cannot keep hoping that ‘yes, Asian students are good, but they are not creative.’”

“Maybe Asian students are risk averse, but they are creative,” he said.