Commentary: Invest in education for the long-term, President Trump 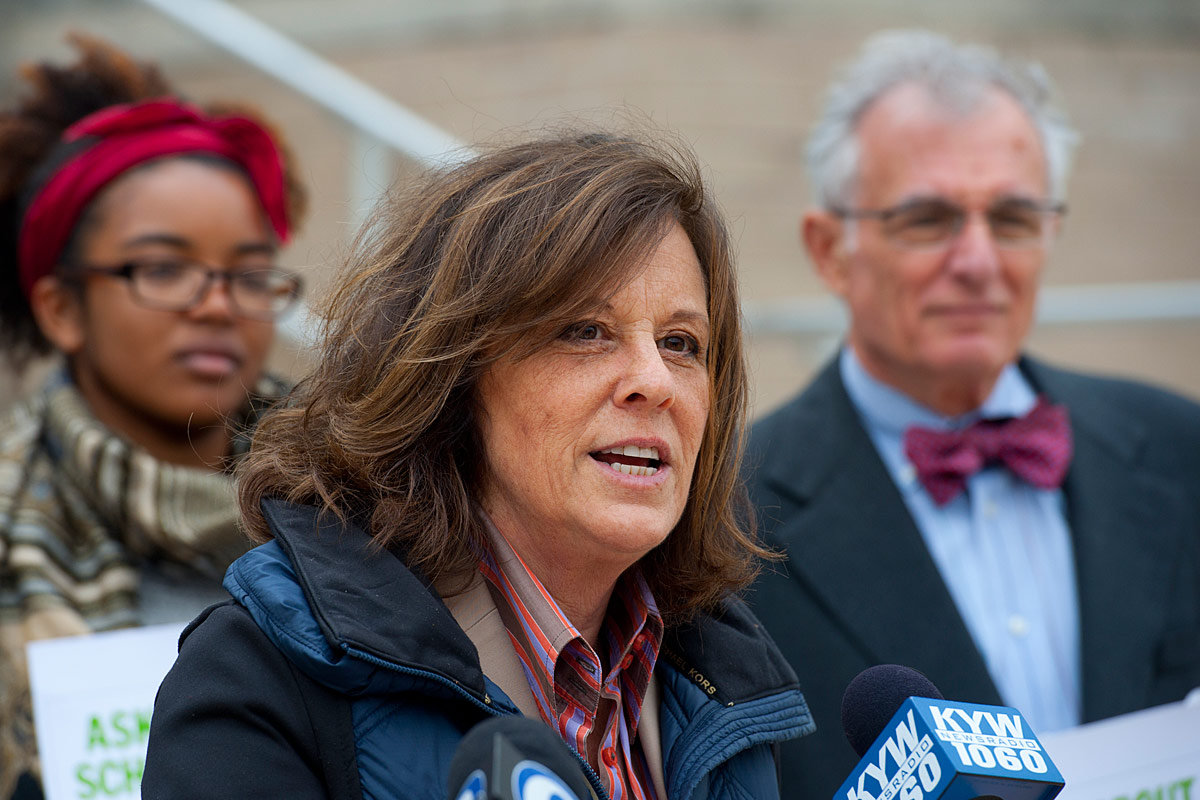 BEFORE HE WAS president, he was a businessman and a successful media personality. For this reason, President Trump knows all too well that the push for headlines touting strong quarterly earnings forces businesses to forgo critical long-term investments that gird sustained profitability. That’s no strategy to make America great, for the long run. If the president is serious about bold change, from his first days in office, he must propose investments that benefit the next generation and ensure our competitiveness for the long run.

Let’s focus on the options with a proven high return on investment: early childhood, aligning public school spending to need and youth employment.

Glowing headlines accompanied the campaign announcement on child care that Trump and first daughter Ivanka first unveiled in Pennsylvania. The president must capitalize on the popularity of that issue, but improve on that proposal in ways that deliver for hardworking families and produce long-term economic gains.

That’s why any measure advanced by the administration to expand access to child care without a quality guarantee will be early-warning signs that, instead of focusing on the long-term bottom line, the country’s CEO is willing to flood the child-care marketplace with cheap knockoffs.

The largest government investment in the next generation is about to be under the control of a Secretary of Education who shares the president’s lack of faith in the very schools that educate 50 million students. Trump’s plan to put $20 billion in vouchers into the private-school marketplace sounds big, and since $76 billion in federal funds flow to all of America’s public schools, it certainly is. The problem is that this new spending will reach only 4 percent of all students in the nation. That’s neither huge nor big-league.

Scale won’t be the only challenge with this enormous new federal program. There is limited interest among nonreligious private-school operators to enroll thousands of additional public school students, especially in the very communities Trump claims will be served by these vouchers. And 36 states have constitutional bans on spending funds for religious education.

There’s a smarter, more efficient way to reach 4 percent of kids, which won’t increase federal spending by $20 billion like the Trump plan. More than 3 million low-income students are in schools that get less than schools where more well-off students are enrolled in the same district. Federal education funds, called “Title I,” are intended to correct for this inequity. But the federal rules simply don’t guarantee funds are spent where they are needed most.

Trump has proved to be quite willing to make sweeping statements. Now is the time to take dramatic action by directing the Department of Education to limit the use of federal funds to schools that enroll a majority of the nation’s low-income students. This approach meets conservative principles for shrinking the role of the federal government in education and avoiding wasteful government spending.

In the age of globalization, a better education for kids means they must also learn how to work. Trump was among America’s fortunate sons who found their first job in their family business. While it’s safe to say that not much of the president’s upbringing is replicable through federal policy, one thing is – the opportunity to have a job before graduating high school.

We know teens who have a part-time job while in high school are more likely to graduate from high school. Yet, minority youth face a 30-percent unemployment rate, and summer jobs programs turn away thousands of teens every year. If we want youth to grow up without an expectation of a government handout, Trump must find the resources to make it possible for every teen to earn the work experience that served him so well.

With good reason, threats to our national security and the pressing demands to boost American economic growth are likely to take center stage.

If the new president focuses on these issues alone, he will be guilty of the same fatal flaw of playing the short game that infuriated many of his voters. We all want and deserve more than business as usual.

Donna Cooper is executive director of Public Citizens for Children and Youth.

Source: Commentary: Invest in education for the long-term, President Trump