Now More Than Ever: The GSRA International Enrollment Audit 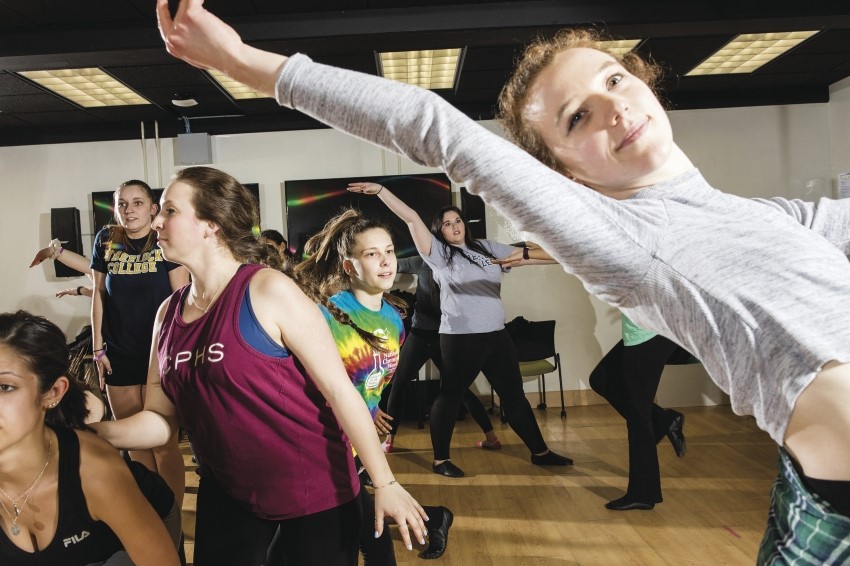 Jazz-dance students at Simmons College, one of six members of the Colleges of the Fenway, rehearse for a show. A consortiumwide performing-arts program offers music, theater, and dance.

When Kimberly W. Benston runs through the list of institutions that Haverford College collaborates with, he pauses a few times, trying to recall which counterpart fits where.

Mr. Benston, Haverford’s president, has steered his college into an alphabet soup of collaboration. There’s Bi-Co, the college’s long-running partnership with nearby Bryn Mawr College; Tri-Co, which adds Swarthmore College to that mix; the Quaker Consortium, an academic collaboration among those three and the University of Pennsylvania; the Pennsylvania Consortium for the Liberal Arts, a group of 11 colleges looking to reduce administrative costs; and the Liberal Arts Consortium for Online Learning, known as Lacol, a national group of nine liberal-arts colleges exploring new models for learning.

“Consortiums are growing out like mushrooms,” Mr. Benston says. “We’ve joined more in the last five years than in the 50 years before that.”

Collaboration is an enticing idea for private colleges at time when many experts — including some college presidents — are questioning whether such an expensive residential education is sustainable. Colleges are teaming up to save money on administrative costs by sharing programs, services, or purchases, and are learning how to operate more efficiently by picking up tips from their partners.

The arrangements are also a way for colleges to show the public that they’ve found religion on restraining costs. Administrative bloat has long been blamed for contributing to the rising cost of college. A 2014 analysis by the New England Center for Investigative Reporting and the American Institutes for Research found that private colleges had added 12 nonacademic administrative and professional employees per 1,000 students since 1987.

If it doesn’t affect the mission, ‘you’ve got to ask yourself the question, Why not do it together?’

Good results can take a few years, but working together saves real money, experts say. The Wisconsin Association of Independent Colleges and Universities, known as Waicu, estimates that its nearly 40 programs — such as the joint purchasing of office supplies, property insurance, and business-management software — have saved the group’s 24 members a total of $115 million since 2002.

Collaborations aren’t new. Members of the Claremont Colleges, five undergraduate liberal-arts colleges and two graduate institutions all located within a mile of one another, began working together more than 90 years ago, as did the historically black institutions of the Atlanta University Center.

Many collaborations sprang up in the 1980s and ’90s, to save on health insurance, or to share a library or to allow academic cross-registration for students. Some consortia charge flat dues to their members, while others charge a fee for each service a college participates in.

Collaborations vary widely in the size of their staffs and in the services they provide. The Claremont University Consortium, whose 34 shared services include the library, campus safety, student health, and construction management, now has 325 employees.

“If it isn’t directly impacting the educational mission and the research mission,” says Stig Lanesskog, the consortium’s chief executive, “you’ve got to ask yourself the question, Why not do it together?”

One staff member of the Colleges of the Fenway, also in Boston, runs all intramural sports for its six member colleges, and a consortiumwide performing-arts program offers music, theater, and dance. More than 140 students recently tried out for Grease, the consortium’s first musical. 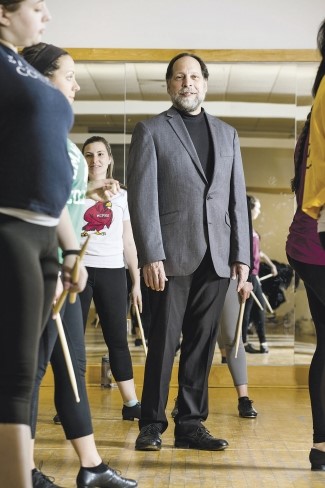 Ray Fahrner, a conductor and composer, directs the Office of Performing Arts of the Colleges of the Fenway. More than 140 students from its six institutions recently tried out for “Grease,” the consortium’s first musical production.

The six institutions in the Lehigh Valley Association of Independent Colleges collaborate on health insurance and purchasing and look for opportunities in which a single employee can handle services for multiple institutions.

“If it’s a competitive or proprietary function, we wouldn’t do it,” says Diane Dimitroff, the executive director. “If it’s not, then it might be a good opportunity.”

Several colleges in the consortium share a sustainability director. A few years ago, several member institutions shared a coordinator for Title IX, the gender-equity law, but the colleges recently moved to hire their own coordinators, considering increased enforcement of the law as it applies to campus sexual violence. Each spring, five of the colleges also split the cost of a three-day tour for guidance counselors and educational consultants; the counselors spend half a day on each campus.

Haverford’s experience suggests that an opportunistic approach to collaborations might be best. Its partnership with Bryn Mawr, just a 15-minute walk away, emerged organically over several decades. Bryn Mawr oversees dining services for the two campuses, and Haverford administers campus security for both. The lead partner in each effort receives financial support from the other.

Haverford is also part of the Pennsylvania Consortium for the Liberal Arts, which takes a more deliberate approach, with a two-person staff finding ways that member colleges can save money by collaborating in areas such as regulatory compliance and staff training.

“You model each situation according to the particular needs that that area presents,” Mr. Benston says. “A nonrigid approach allow you to explore into more areas.”

The liberal-arts consortium was formed in 2014, but it has already struggled to remain top-of-mind on some campuses experiencing rapid turnover, says Irene Burgess, its executive director. It’s the relationships among members that lead to deeper collaborations, she says. After member colleges were pleased with conflict-management workshops that the consortium coordinated, they decided to have it provide workshops for new department chairs, too. “That’s what you have to do as a new consortium — become part of the operating fabric of each of your campuses,” Ms. Burgess says.

Haverford’s Mr. Benston thinks that the liberal-arts consortium will prove fruitful, but he notes that over time the members will need to get a sufficient return to offset the cost of the employees charged with running it.

“It’s a paradox,” he says. “You’re trying to save resources, so you have to be careful about creating an administrative drag on what you’re trying to accomplish.” 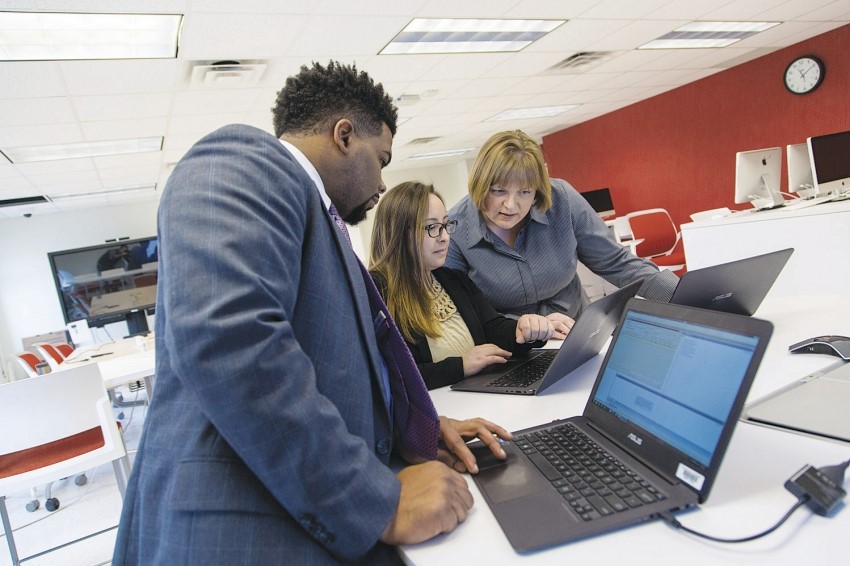 Darren Hauck for The Chronicle

The 24 members of the Wisconsin Association of Independent Colleges and Universities  shared the cost of business-management software and training campus officials in its use.

Whether the payoff from collaborations can be accurately measured is a subject of debate. The Wisconsin association works harder than most collaborations to pin down a precise number. Waicu saved its 24 members a total of $20.8 million in 2015 — an average savings of $867,000 per member, according to Rolf Wegenke, the consortium’s president.

“We don’t just look at the high-priced alternative,” he says. “We look at what the college spent in prior years. We make sure it’s truly comparable.”

Some consortium leaders say there’s too much opacity in contracts to calculate exact savings. Claude O. Pressnell Jr., president of the Tennessee Independent Colleges and Universities Association, which has 35 members, says he has had vendors promise him savings of 70 percent, only to find that he could walk in off the street and get a price just 10 percent higher than that “deal.”

Now he makes sure he’s getting bargains for his smaller institutions by telling that companies he’s not interested in dealing with them unless they can match or beat the price they’re giving Vanderbilt University, the association’s largest member.

Mr. Pressnell judges the effectiveness of the joint purchasing program by how heavily it is used. In 2015 members purchased services worth nearly $39 million, he says.

“It takes a little more effort to go through our system,” he says. “Campuses would not be making these purchases if they could get a better price otherwise.”

One expert on partnerships says administrative collaborations are a first step but are unlikely to save private colleges that are most at risk of failing. James E. Samels, a longtime higher-education consultant and a co-author of Consolidating Colleges and Merging Universities: New Strategies for Higher Education Leaders, says many private colleges should be looking to bring their best academic programs into partnerships with colleges willing to do the same — and then jettison their lagging programs.

“There are too few students and too many colleges,” he says. “Why not acknowledge that? We’ve been buying rock salt and office supplies together for years. When you get into the academic programs, now you’re talking 80 percent of the budget.”

Few colleges have undertaken the kind of academic consolidation Mr. Samels envisions. And even in administrative collaborations, private colleges rarely take steps that might significantly improve their finances, like reducing staff and teaming up with other colleges for finance, marketing, human resources, and other nonacademic functions.

Institutions that have taken such steps have generally done so only when facing financial pressures. TCS Education System, comprising five colleges around the country, offers a form of partnership that its president, Michael Horowitz, dubs “radical cooperation.” Institutions that join the system can tap the expertise of 150 employees in its Chicago headquarters, in areas that include information technology, financial aid, and marketing. TCS has even sent staff members, including Mr. Horowitz, to temporarily lead two of its member institutions, Pacific Oaks College and the Dallas Nursing Institute.

Saybrook University, which offers graduate degrees in humanistic psychology, among other disciplines, had been losing about $1 million per year when it joined TCS in 2014, says Nathan Long, who became the university’s president a few months later. An accreditation team that visited Saybrook, in Oakland, Calif., six months after it joined the system found that 12 positions — more than a quarter of its administrative staff — had been eliminated as the university began to rely on TCS professionals. Saybrook is now projecting a surplus for the current year.

“I’d be surprised if we don’t see this approach explode within the next 10 years,” Mr. Long says. “The concept is right.”

In exchange of the consortium’s services, member colleges share a substantial portion of their revenues with TCS, which earned management fees from the colleges worth nearly $33 million during the 2015 fiscal year, according to its tax return. TCS is organized as a nonprofit group, but its executives are well paid. Mr. Horowitz earned total compensation of $1.26 million in the 2015 fiscal year — or about $200 for each of the 6,500 students at TCS’s five institutions.

Michael B. Goldstein, a lawyer specializing in higher education for the law firm Cooley LLP, says Mr. Horowitz has developed an innovative model.

“If you’re a struggling institution and someone comes to you and says, ‘I can take away your overhead costs, you can focus on academics, and we’ll share the value,’ ” it’s worth considering, Mr. Goldstein says. “For the right institution, that’s a very attractive model.”

This article is part of: