American students — at record numbers — are accepting offers of admissions from Canadian universities. So are students from other parts of the world.

But the question remained: Would Americans enroll?

As Canadian universities start to report on their admissions cycle, the answer is Yes. And not only will Canada be attracting more American undergraduate talent, but more from other countries as well.

Admissions leaders in Canada report that the “Trump effect” is a major part of the shift. But this isn’t just about young people in the U.S. disgusted with the president or those abroad who are scared about how they will be treated in the United States. Many Canadian universities have stepped up their recruitment to unprecedented levels in the United States and elsewhere, seeing an opportunity to broaden interest in their universities (which are generally held in high regard in terms of academic rigor, although that has been the case long before the current surge in interest.)

Consider the University of Toronto, which is regularly called the premier university in Canada (though advocates of the University of British Columbia or McGill might contest that). Toronto has highly competitive admissions and doesn’t lack for applicants.

For this fall, 225 applicants from the United States have accepted undergraduate admissions offers. That’s more than double last year’s total of 110. The yield was also up, 25 percent for Americans this year, compared to 20 percent last year.

Beyond North America, Toronto is also seeing a surge. The number of new undergraduates from India enrolling in the fall is up 75 percent, to 263. The number from the Middle East and Turkey is up 62 percent, to 222. Generally, these students would all be competitive at top universities in the United States.

Edward Sargent, vice president for international at Toronto, said in an interview that there were several key factors to the growing popularity of the university, and that more than Trump is at play. He said international students care about rankings and find Toronto at the top of evaluations of Canadian universities and on lots of “top lists” globally.

Cost is also a factor. International students at Toronto pay considerably more than do Canadians. But consider the numbers. For an engineering student at Toronto next year (tuition varies by program and engineering is among the most expensive), tuition is about $45,000, but that would be Canadian dollars, or about $33,000 in U.S. currency. For an out-of-state student at the University of Michigan, tuition and fees are about $45,000 (American). Sargent said that tuition for Americans (and others from outside Canada) compares favorably to private institutions and also to out-of-state rates at the best public universities in the United States.

If they visit Toronto, Sargent said, they see a cosmopolitan city where more than half of the residents were born outside of Canada. “We’re a global city,” he said, and that appeals to Americans and also those from elsewhere who might in the past have focused their searches on universities in the United States. 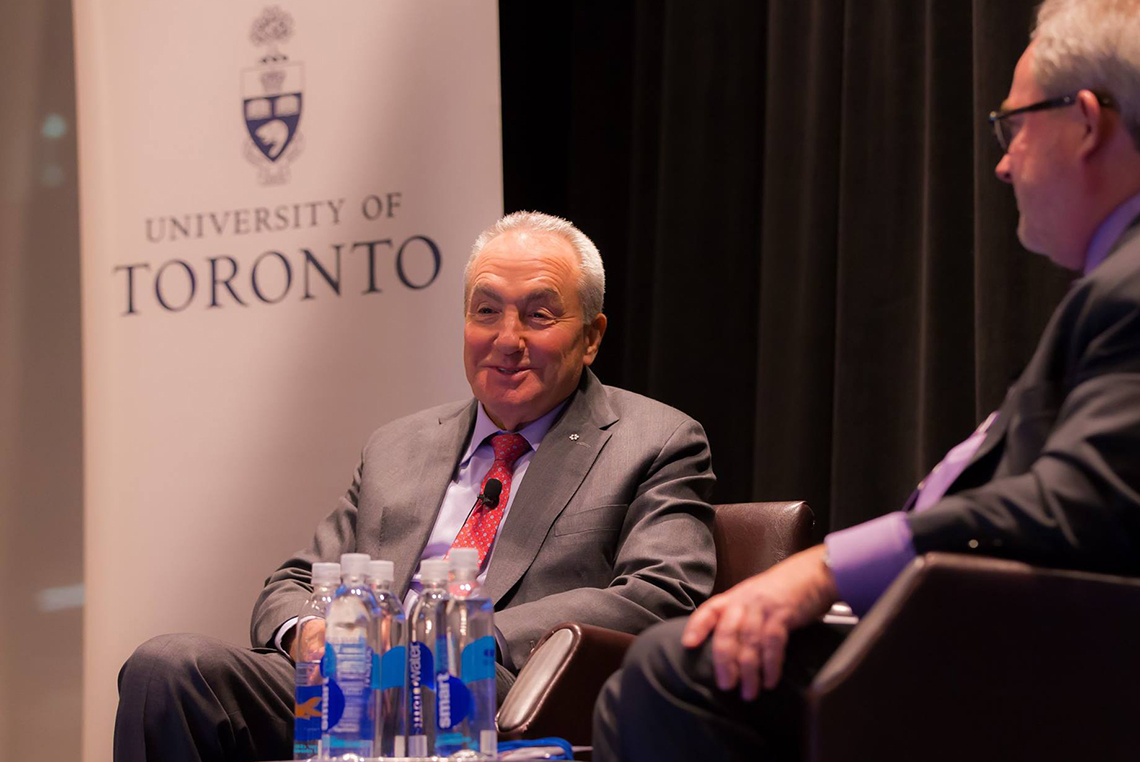 In New York City, the event’s host was Lorne Michaels (right), the creator and producer of “Saturday Night Live,” who graduated from Toronto in 1966. He stressed the value of his liberal arts education (he was a literature major) while also talking Trump and politics.

And he addressed what for some might be a fear about studying in Canada: “Winter helps because it narrows your choices, and you’re perfectly happy to be reading a book when it’s cold and snowy,” he said.

Toronto mixed it up for different events. In Silicon Valley, the emphasis was more high tech than humanities. The university just announced a new research center on artificial intelligence and focused on the research and courses expected from the center.

Sargent said he expects more growth next year and after that — both from the United States and the rest of the world. He noted that the same factors that American applicants talk about are those that he hears from applicants from India.

Toronto isn’t the only university expecting more Americans or non-Canadians in the fall.

McGill University, historically the Canadian university with the largest number of Americans, has a later response date on admissions offers. But undergraduate applications from the U.S. were up 21 percent, to 5,189 this year, and admissions offers were up 10 percent, to 2,121.

At Ryerson University, in Toronto, commitments to enroll as undergraduates are up 49 percent from outside Canada. From the United States (a subset of that figure), confirmations are up 30 percent.

Brock University is among a number of Canadian universities located quite close to the U.S. border. Brock is in St. Catharines, on the southwest side of Lake Ontario, close to Buffalo. Brock is seeking major growth in international applications from all over the world. As part of a 30 percent increase in applications, the university saw a 67 percent increase from countries covered by the Trump administration’s travel bans (currently blocked by the U.S. courts).

So far, undergraduate commitments to enroll in the fall are up 36 percent, with the largest gains from India, Ghana and Nigeria. 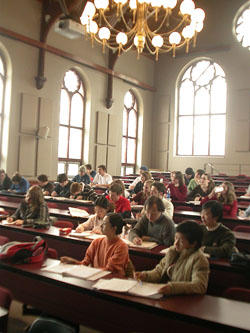 Another institution near the U.S. is Bishop’s University (at right), an English-speaking university in Sherbrooke, Quebec, about 30 miles from Vermont. Historically, Bishop’s hasn’t had a large American population. This year, Bishop’s joined the Common Application. And that strategy along with the political environment seem to have reached more Americans.

Applications from the United States were up by more than 200 percent. So far, commitments to enroll from the U.S. are up 18 percent, to 75, and more may yet commit.

Dan Seneker, director of enrollment management, said that students in the United States (including non-Americans who have been in high schools in the U.S.) want to be somewhere with “a more liberal political climate.”

In the past, Seneker said, Bishop’s saw American applicants and students primarily from about 20 states, generally those in New England and the East. This year, he said, Bishop’s already has confirmed acceptances from Americans from more than 40 different states. “States like the Carolinas, Colorado, Georgia, Louisiana, Florida, Illinois, Wisconsin and Missouri have all of the sudden emerged without any direct recruitment efforts on our part,” he said.