College Enrollment Projected to Grow 15% by 2025

What Could Louisville Buy for the Money It Will Take to Fire Rick Pitino? – The Chronicle of Higher Education 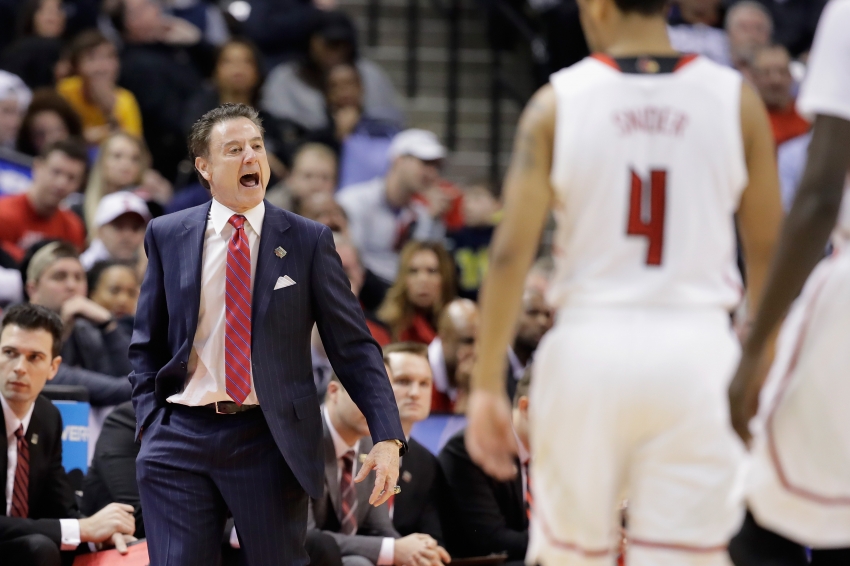 It may be difficult to calculate the reputational damage done to the University of Louisville during Rick Pitino’s run as the Cardinals’ head men’s basketball coach, but the cost of firing him could be in the neighborhood of $44.5 million, according to news reports. Mr. Pitino, who was placed on administrative leave Wednesday after the basketball program was linked to a fraud and corruption scandal involving high-school recruits, still has tens of millions of dollars in unpaid salary, media-obligation compensation, and retention bonuses on his contract. His lawyer says he intends to fight for every penny of that money.

If Louisville officials did not have to pay out that dizzying total to Mr. Pitino, whose program is still under a cloud from a previous recruitment scandal involving prostitutes, here’s what they might do instead:

• Pay all of the faculty and administrative salaries for a year in the College of Arts and Sciences.

• Cover the 2018 operating budget of the J.B. Speed School of Engineering, and create a $6.6 million pool for one-time bonuses.

• Pay off a $40-million upgrade of the Swain Student Activities Center, rather than rely on donors and student fees.

• Buy an iPad Pro for every kid on free and reduced lunch in Jefferson County Public Schools.

• Produce about four episodes of Game of Thrones.

University officials did not immediately respond Thursday to questions about what they would have to pay Mr. Pitino if he were fired before the end of his contract.

If it comes down to firing Mr. Pitino, it is difficult to say what the university might ultimately pay him after all the legal wrangling. So here is a look at what the university could do with just one year of Mr. Pitino’s $7.8-million compensation, which makes him the nation’s highest-paid college basketball coach, according to a USA Today analysis.

• Cover the combined 2018 budgets of the following departments: chemistry, history, philosophy and theater arts.* And you’d still have almost $13,000 left over for a baller holiday party.

* Includes only general fund expenditures, not money from the U of L Corporations, which provide 11 percent of the total budget of the College of Arts & Sciences.

Fernanda Zamudio-Suaréz contributed to this report.

Source: What Could Louisville Buy for the Money It Will Take to Fire Rick Pitino? – The Chronicle of Higher Education