US may restrict international STEM students to curb intellectual theft 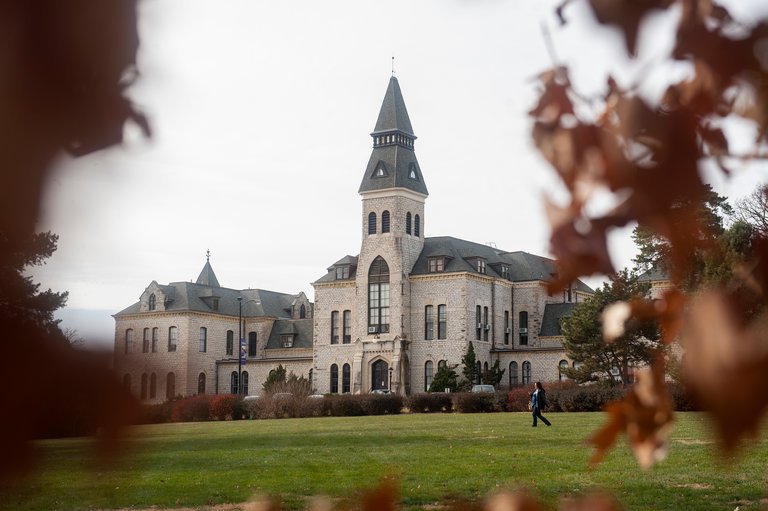 At Wright State University in Ohio, the French horn and tuba professors are out. So is the accomplished swimming team.

At Kansas State, Italian classes are going the way of the Roman Empire.

And at the University of Central Missouri, The Muleskinner, the biweekly campus newspaper, is publishing online-only this year, saving $35,000 in printing costs.

Just as many universities believed that the financial wreckage left by the 2008 recession was behind them, campuses across the country have been forced to make new rounds of cuts, this time brought on, in large part, by a loss of international students.

Schools in the Midwest have been particularly hard hit — many of them non-flagship public universities that had come to rely heavily on tuition from foreign students, who generally pay more than in-state students.

The downturn follows a decade of explosive growth in foreign student enrollment, which now tops 1 million at United States colleges and educational training programs, and supplies $39 billion in revenue. International enrollment began to flatten in 2016, partly because of changing conditions abroad and the increasing lure of schools in Canada, Australia and other English-speaking countries.

And since President Trump was elected, college administrators say, his rhetoric and more restrictive views on immigration have made the United States even less attractive to international students. The Trump administration is more closely scrutinizing visa applications, indefinitely banning travel from some countries and making it harder for foreign students to remain in the United States after graduation.

While government officials describe these as necessary national security measures, a number of American colleges have been casualties of the policies.

“As you lose those students, then the tuition revenue is negatively impacted as well,” said Michael Godard, the interim provost at the University of Central Missouri, where 944 international students were enrolled in the fall, a decline of more than 1,500 from the previous year. “We’ve had to make some decisions, budgetary decisions, to adjust.”

International students pay double the $6,445 tuition of Missouri residents, and the lost revenue amounts to $14 million, according to Roger Best, the chief operating officer for the school, in Warrensburg, Mo. Dr. Best said that the university has been forced to cut instructors in computer programs, where many of the foreign students were enrolled, as well as defer maintenance and shave money from other departments, such as the campus newspaper.

Nationwide, the number of new foreign students declined an average of 7 percent this past fall, according to preliminary figures from a survey of 500 colleges by the Institute of International Education. Nearly half of the campuses surveyed reported declines.

Now that the revenue stream appears to be diminishing, the financial outlook may be dire enough to weigh down the bond ratings of some schools, making it more expensive for them to borrow money, according to Moody’s Investors Service. Last month, Moody’s changed its credit outlook for higher education to “negative” from “stable.”

“Growing uncertainty for international student enrollment stems from immigration policies that are in flux,” Moody’s said, warning that universities without global brand recognition would be hit hardest. While some flagship public and elite private colleges have been affected, the Institute of International Education said, the biggest impact will be felt by second-tier institutions.

The shift comes just as some states also are experiencing a drop in domestic students, partly the result of a decline in birthrates two decades ago. This year, the number of domestic undergraduate students dropped 224,000, or 1 percent, according to the National Student Clearinghouse Research Center.

An increasingly diverse population in that age group means that more of the students come from low-income families in which no one has ever gone to college, also presenting recruitment challenges for universities, according to Doug Shapiro, the organization’s executive research director. “Affordability issues are the biggest hurdles,” Mr. Shapiro said. “There’s only so much you can do with recruiting if the families can’t afford the tuition.”

Faced with a demand from the university that it trim its budget, faculty in the school’s modern languages department picked Italian as the language to cut, a decision that will save the university the salary of its only Italian professor, which one faculty member said was about $47,000. A final decision is still pending.

“This definitely undermines that idea of diversity many U.S. universities proclaim to promote across the country,” said Alessia Salamina, the professor whose job is in jeopardy. “This is in fact a national emergency, not only a K-State one.”

According to the institute’s survey, enrollment is falling from a broad range of countries, including China and India, the two biggest sources of students. Among countries covered by Mr. Trump’s travel ban, Iran is the largest, though it can still send students to the United States.

But many administrators believe the president’s views on immigration have made applying to United States colleges more of a gamble today. Officials said that other reasons for the decline in enrollment include increased competition from schools in other countries, cuts in scholarship programs in Saudi Arabia and Brazil, and a currency crisis in India caused when the government decided to swap widely used notes for new bills.

For years, American colleges had been staking their futures on continued growth in foreign students, and after the recession a decade ago, those students were a lifeline for colleges that had poured money into new buildings and amenities. In just the past six months, the University of Akron opened an international center in an existing building and hired 10 employees to work in international programming. The president, Matthew Wilson, said that students from India were reporting increased scrutiny of their visa applications, one of the reasons for a drop of about 200 international students.

Even a marketing campaign featuring Akron’s favorite son, LeBron James, who is wildly popular in China, hasn’t been enough to stave off declines.

But Mr. Wilson said he remained optimistic. “International isn’t something where I’m thinking this is going to result in budgetary cutbacks,” he said. “Some folks are scaling back. We’re actually scaling up.”

Akron is one of several public universities in Ohio reporting drops in enrollment, including of international students.

At Wright State, near Dayton, the cuts have been deep and broad. Moody’s has already downgraded Wright State three notches, citing among other factors a notable drop in international enrollment, nearly 800 students over two years.

Wright State has decided to eliminate Italian, Russian and Japanese, part of more than $30 million in budget cuts.

The swimming team will cease to exist this spring, even after five of its members recently competed at the U.S.A. Winter Nationals. The team’s elimination prompted at least two members to decide to leave the university, according to Trevor Keriazes, who specializes in the breaststroke.

Other cuts included the full-time French horn and tuba professors, both one year short of tenure protection.

The school had asked both to remain as adjunct professors with reduced pay. Instead, they landed other jobs, and adjuncts have taken their positions at Wright State.

“It was a contentious thing for a lot of people,” said Jonas F. Thoms, who had developed a vibrant French horn studio at Wright State, and recently joined West Virginia University. The trumpet and trombone still have full-time professors, but with the loss of the horn and tuba jobs, Mr. Thoms said, “they cut half of the brass faculty.”

Correction: January 2, 2018
An earlier version of this article misstated the city where the University of Central Missouri is located. The university is in Warrensburg, Mo., not Waynesboro.