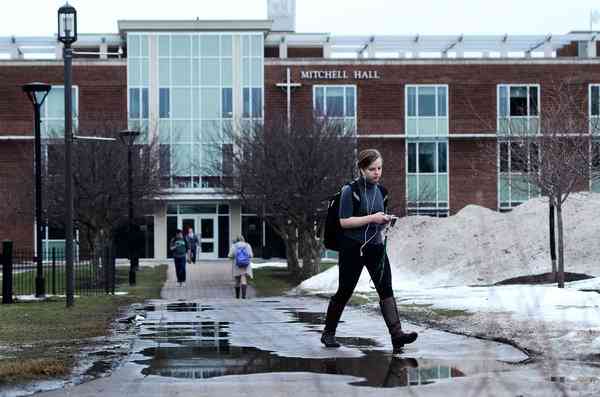 When Gov. Andrew M. Cuomo announced the Excelsior scholarship program offering free tuition to New York’s public colleges and universities last year, many of New York’s private colleges worried that they would lose prospective students. And, indeed, in November, a survey released by the Commission on Independent Colleges and Universities, which represents private nonprofit colleges in the state, found that freshmen enrollment at the schools by New York residents slipped 6 percent in the fall of 2017.

But in the middle of admissions season, the state’s private schools say their numbers are up, despite the price competition from Excelsior, which the governor last week credited with increasing applications to State University of New York and City University of New York affiliated schools by 10 percent. The growth, he said, was “proof positive that students are seizing this unprecedented opportunity.”

SUNY and CUNY’S increases actually pale in comparison to some of the private colleges, including smaller ones that mostly draw from within the state. At Hartwick College, less than a mile from SUNY Oneonta in the Catskills, freshman applications for the fall of 2018 are up by 43 percent over all, and 41 percent among New York state residents. At St. Lawrence University, located about 20 miles from the Canadian border, applications have climbed 12 percent, reversing a drop from the previous year. And at Alfred University in southwestern New York, near the Pennsylvania border, applications have risen 14 percent to a record high, while deposits have increased 30 percent.

In response to Excelsior, many of the schools have begun new scholarships, or are making efforts to highlight their advantages over the public institutions and target prospective students.

“When Excelsior was announced it certainly made many independent colleges nervous, but once details emerged of requirements for those who qualify, many at private colleges and universities breathed a sigh of relief,” said Colin Nekritz, director of marketing and communications at D’Youville College in Buffalo, which has seen steady increases in both applications and enrollment, both before and after Excelsior.

The Excelsior scholarship is the nation’s first to cover tuition for students at two and four-year public schools, and could reduce the cost of a degree from a four-year SUNY school — now almost $83,000 for tuition, fees, room and board — by about $26,000. As a “last dollar” program reminiscent of a successful effort in Tennessee for community colleges, the New York program comes into play after other scholarships and grants — like federal Pell grants or the state’s generous Tuition Assistance Program, both of which go the lowest-income students — are already taken into account.

Under the program, recipients’ families cannot make an adjusted gross income of more than $110,000 for the 2018-19 academic year and students are required to stay in New York for as many years as they received the awards, or risk having the grant be converted into a loan. Critics say that focusing solely on tuition penalizes the poorest students, who often need help with living expenses, books and fees that are not covered by Excelsior.

About 23,000 students are now benefiting from Excelsior.

“We believe that Gov. Cuomo’s Excelsior Scholarship played a significant role in the increases in applications, enrollment and credit-taking by enabling eligible students to attend tuition-free,” James B. Milliken, CUNY’s chancellor, said in a statement.

But interviews with more than two dozen private schools in every corner of the state, from small religious colleges like Roberts Wesleyan in Rochester to larger schools like Pace University in New York City and Westchester found that an overwhelming majority also reported increases in freshman applications.

The president of Hartwick, Margaret L. Drugovich, had originally warned that “the proposal would be harmful to the college.”

But in September, the college announced a new scholarship, the Hartwick College Founders’ Award, guaranteeing $10,000 a year for state residents, with no income limits or post-graduation residency requirements, beginning in the fall of 2018. And even before the Excelsior announcement, the college, where tuition, room and board, and fees will be $56,627 next year, had been planning to aggressively recruit students earlier in their high school careers, said Karen P. McGrath, vice president for enrollment management.

“Families are realizing that there are times when a private college is as affordable as a state school,” she said.

Other schools have announced new scholarships, too. Two weeks ago, Pace — which pointedly explains on its website that Excelsior offers “conditional and unguaranteed free tuition” and “does not cover fees, room or board” — announced a new scholarship of $5,000 per year for honors students from New York with household incomes less than $125,000. Costs for Pace can run as high as $62,526 a year including tuition, room and board, and fees.

The new Promise NY scholarship at Le Moyne College in Syracuse offers incoming New York freshmen $10,000 over four years, and is part of a strategy of leveraging alumni to help students line up mentors, internships and job interviews. Applications are now up 14 percent, and deposits are up 20 percent at the school, where the total cost is $46,000.

“The connectivity is extraordinary and can’t be monetized,” said Linda LeMura, the school’s president. “If you’re not able to serve the students and give them the attention they need, ultimately the economic value of free tuition dissipates.”

Many colleges caution that Excelsior’s impact may not be felt until after final acceptances go out and prospective students decide where to enroll. And some believe that many students, especially from middle-class families less-affected by application fees, are simply applying to more schools in general, as acceptances seem dicier.

Still, Ned Jones, vice president for enrollment and marketing at Siena College, which also launched a new scholarship post-Excelsior, believes that families are responding to the increased attention. At his school, which costs $50,985 for students living on campus, visits by students who were offered early admission have increased 25 percent.

“We like the fact that the conversation the governor started last year about affordability is going on — the average family still thinks very positively about Excelsior,” Mr. Jones said. “And you know who the big winners are going to be? The students, because at the privates or the publics, we’re all working to enroll that kid.”