The Rise of the Jumbo Student Loan – WSJ 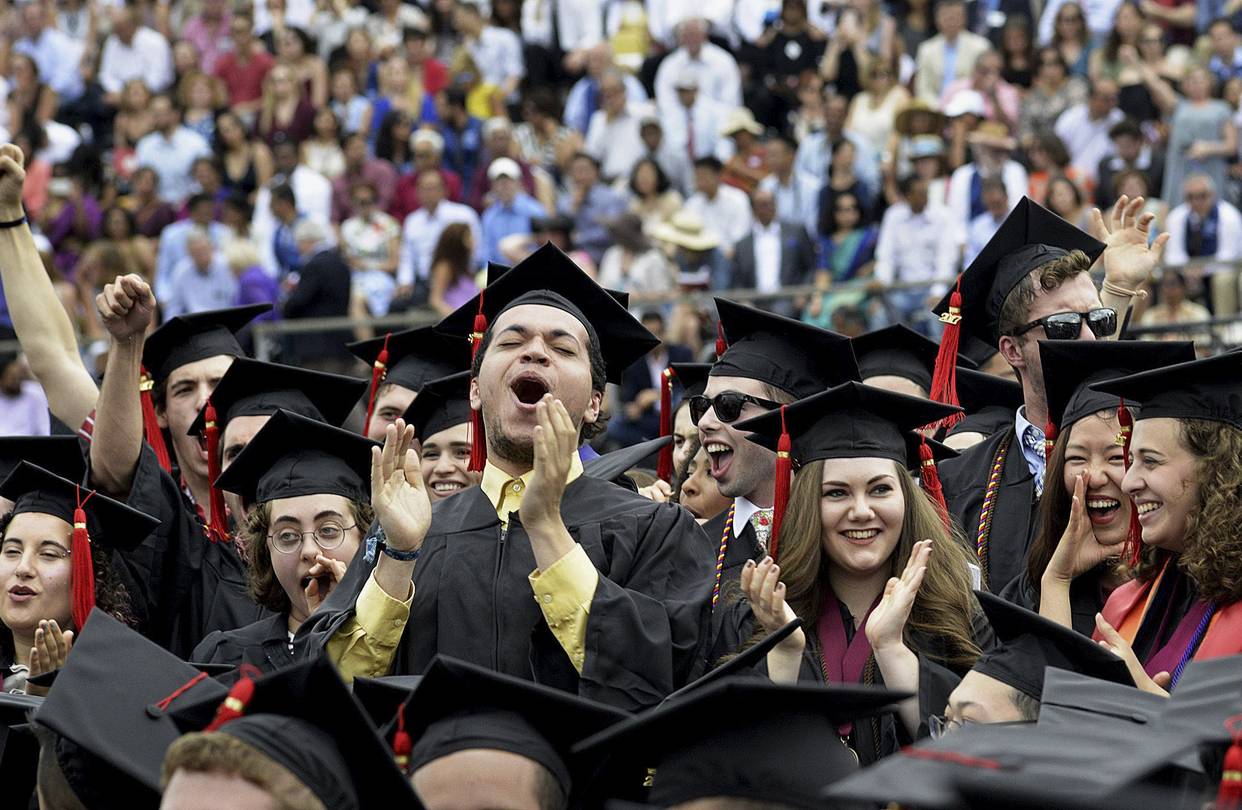 During the housing boom of the 2000s, jumbo mortgages with very large balances became a flashpoint for a brewing crisis. Now, researchers are zeroing in on a related crack but in the student debt market: very large student loans with balances exceeding $50,000.

A study released Friday by the Brookings Institution finds that most borrowers who left school owing at least $50,000 in student loans in 2010 had failed to pay down any of their debt four years later. Instead, their balances had on average risen by 5% as interest accrued on their debt.

“This is comparable to mortgage lending, where a subset of high-income borrowers hold the majority of outstanding balances,” write Adam Looney of Brookings and Constantine Yannelis of New York University.

“A relatively small share of borrowers accounts for the majority of outstanding student-loan dollars, so the outcomes of this small group of individuals has outsized implications for the loan system and for taxpayers,” the authors say.

The problem is particularly acute among borrowers from graduate schools, who don’t face the kinds of federal loan limits faced by undergraduate students. Half of today’s big balance borrowers attended graduate school. The other half went to college only or are parents who helped pay for their children’s education.

Grad school borrowers tend to be among the best at paying off student debt because they typically earn more than those with lesser degrees. But the rising balances unearthed in the latest study suggest that pattern might be changing.

Overall across the U.S., one-third of borrowers who left grad school in 2009 hadn’t paid down any of their debt after five years, compared to just over half of undergraduate students who hadn’t, federal data show.

The findings on graduate schools are particularly noteworthy because the government offers little information on the loan performance of grad students, who account for about 14% of students at universities but nearly 40% of the $1.4 trillion in outstanding student debt.

The data set accompanying the new study breaks down performance for students at 934 schools with 100 or more graduate borrowers whose loans first came due in 2009.

At Nova Southeastern University , a large private nonprofit school in South Florida, just over half of the 10,319 graduate borrowers who departed in 2009 had reduced their balances by just a dollar or more five years later, the data show. Many sought or received advanced degrees in health fields. They collectively borrowed $412 million for grad school, or an average $40,000, excluding any debt from other schools, the study showed.

Student Debt in America and the Hope of Affordable Education
Student debt in the U.S. has reached record levels, making higher education out of reach for many people. In New York City, a program called ASAP is gaining national attention for helping students earn a college degree and escape the burden of loans they would struggle to repay. Photo: Emily B. Hager/The Wall Street Journal

“They all have the capability to see higher incomes the longer they stay in their career, which means they have the greater capability to increase their rate of payback than they do in the earlier stage,” Mr. Hanbury said. He said the school’s former students earn more, on average, than workers with bachelor’s degrees.

At Walden University, a large collection of graduate programs run by Wall Street giant Laureate Education Inc., 53% of 9,530 graduate borrowers paid down their balances by at least a dollar or more over five years. Many were enrolled in programs involving social services.

Walden, in a statement emailed by a spokeswoman, said many former graduate students are in fields that often pay modestly at first but serve a social good. “This is consistent with our social mission where we are educating in professions like teaching, social work, and counseling, for example, and those professionals may not earn significant salaries right after graduation, but who are making a significant societal impact,” the statement said.

Most borrowers from those schools aren’t in default. Instead, a big share of them are in debt-relief plans that lower monthly payments, known as income-driven repayment, or they’ve won permission from the government to postpone payments due to a range of circumstances, including unemployment or further study.

Source: The Rise of the Jumbo Student Loan – WSJ