10 National Universities With the Most International Students | The Short List: Colleges | US News

The Rise of the Jumbo Student Loan – WSJ 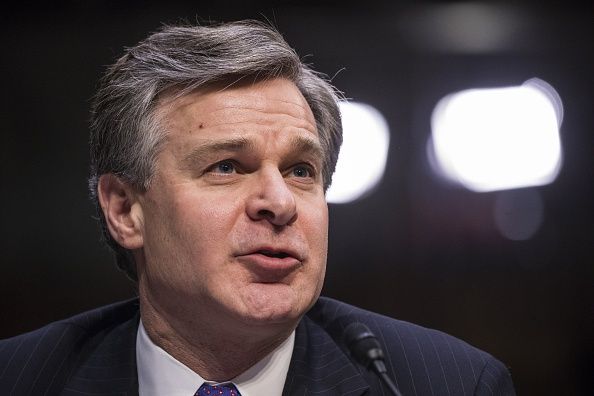 Most of the media coverage of Tuesday’s Senate intelligence committee hearing focused on Russian threats to U.S. elections and what the Federal Bureau of Investigation knew — and when — about a senior White House aide who resigned in response to domestic abuse allegations. But of importance to higher education, the hearing on a wide range of threats to U.S. security also featured comments from FBI director Christopher Wray about Chinese students at American universities.

Asked by Senator Marco Rubio to comment on “the counterintelligence risk posed to U.S. national security from Chinese students, particularly those in advanced programs in the sciences and mathematics,” Wray responded, “I think in this setting I would just say that the use of nontraditional collectors, especially in the academic setting, whether it’s professors, scientists, students, we see in almost every field office that the FBI has around the country. It’s not just in major cities. It’s in small ones as well. It’s across basically every discipline.

“And I think the level of naïveté on the part of the academic sector about this creates its own issues. They’re exploiting the very open research and development environment that we have, which we all revere, but they’re taking advantage of it. So one of the things we’re trying to do is view the China threat as not just a whole-of-government threat but a whole-of-society threat on their end, and I think it’s going to take a whole-of-society response by us. So it’s not just the intelligence community, but it’s raising awareness within our academic sector, within our private sector, as part of the defense.”

Pressed further by Rubio to comment on Confucius Institutes — of which Rubio, a Republican from Florida, has been a critic — Wray said the FBI has been monitoring the institutes. About 100 American universities host Confucius Institutes, which are centers of Chinese language and cultural education funded by a Chinese government entity. Rubio said he believes these institutes are “complicit in these efforts to covertly influence public opinion and to teach half-truths designed to present Chinese history, government or official policy in the most favorable light.” Rubio asked Wray, “Do you share concerns about Confucius Institutes as a tool of that whole-of-society effort and as a way to exploit the sort of naïve view among some in the academic circles about what the purpose of these institutes could be?”

“We do share concerns about the Confucius institutes,” Wray responded. “We’ve been watching that development for a while. It’s just one of many tools that they take advantage of. We have seen some decrease recently in their own enthusiasm and commitment to that particular program, but it is something that we’re watching warily and in certain instances have developed appropriate investigative steps.”

Daniel Golden, an investigative journalist and author of the 2017 book Spy Schools: How the CIA, FBI and Foreign Intelligence Secretly Exploit America’s Universities, said this is the first comment he recalls from a FBI director about China targeting American universities.

“I don’t remember anything this candid about academia and Chinese espionage from such a high level,” Golden said. He described Wray’s comments as “a point-by-point recital of the first half of my book. He makes the same points I made about Chinese espionage, concern about Confucius Institutes and the vulnerability of academic research.” In the book, Golden argues that academic research “offers a valuable, vulnerable, and low-risk target for foreign espionage.” He notes that “despite pursuing groundbreaking technologies for the Pentagon and the intelligence community, university laboratories are less protected than their corporate counterparts” and argues that “ignorance about intellectual property safeguards, or even hostility toward them, is rife among science students and faculty.”

Yet some expressed concerns that the exchange between Rubio and Wray risks painting Chinese students with a broad brush and could contribute to an environment for international students that is increasingly perceived by many as unwelcoming. Relatedly, a National Security Strategy document released by the White House in December said the government would “consider restrictions on foreign STEM students from designated countries to ensure that intellectual property is not transferred to our competitors, while acknowledging the importance of recruiting the most advanced technical work force to the United States.” Although the document did not specify which countries could be designated for restrictions, the provision on foreign STEM students is included in a section of the document that deals with protection of intellectual property more broadly, and that discusses the threat of intellectual property theft posed by “competitors such as China.”

“It is wrong to cast an entire group of students, professors, and scientists as a threat to our country based simply on where they come from,” said Patrick Toomey, a staff attorney for the American Civil Liberties Union, which has joined a lawsuit by a Chinese-American professor, Xi Xiaoxing, who was wrongfully arrested for sharing secret technology with entities in China. The suit claims among other things that Xi, a professor of physics at Temple University, was discriminated against based on his Chinese ethnicity and communications with Chinese entities.

“The United States has a proud tradition of international academic collaboration, which attracts the best and the brightest to our universities, fosters innovation and ultimately benefits all Americans,” Toomey said. “The FBI’s mind-set has already led to overzealous investigations of Chinese-Americans, with disastrous consequences for those wrongly tarred with suspicion.”

Jill Welch, the deputy executive director for public policy at NAFSA: Association of International Educators, said that it is “important to remember the extensive security measures already in place,” including “the thorough vetting and monitoring already in place for international students and scholars” and deemed export control measures designed to prevent the transfer of technologies to other countries.

“It’s also important to remember that we’re in a global competition for talent and that we need to balance any new measures with the reality that international students are essential to our educational institutions, and we must avoid deterring future students,” Welch said.

Jenny J. Lee, a professor at the University of Arizona’s Center for the Study of Higher Education, described the remarks at the hearing as a “targeted case of a particular group of international students being uniformly suggested as threats to our national security.”

“In the same hearing that is talking about threats of North Korea and Russian spying and WMDs, in the midst of this broad conversation about nuclear issues, Rubio specifically uses this as an opportunity to have this very targeted line of questions about China in particular and higher education and Chinese international students — and at the same time we have no evidence to suggest that there is a direct connection between Chinese students and ways that the U.S. is being threatened. I think there are maybe some things that can’t be discussed in a public hearing, but at the same time I’m a bit befuddled,” Lee said.

The FBI declined a request for further comment Wednesday. The agency has long been concerned with the issue of foreign governments or nonstate actors seeking to take advantage of the open environment of university campuses to steal technological information for military or commercial purposes or to recruit spies.

Lee, the Arizona professor, said there are better ways of framing espionage-related threats to higher education.

“One way to talk about it might be as it relates to sensitive fields rather than sensitive countries,” she said. “That would, I think, be perhaps more accurate as opposed to the targeting of these broad groups of people who may never take a class or interact with anyone who might possess any information that would be viewed as highly sensitive.”

“The vast majority of Chinese students are just here to learn and maybe do research, and they bring energy and intelligence and a fresh perspective to American higher education and they’re quite valuable,” said Golden, the author of Spy Schools. “It would be wrong and unfair to assume that some very large proportion of them are here for clandestine purposes. The other point I’d make is the view that somebody like Wray gave in his testimony is only half the picture. The other half is we’re trying to recruit some of these Chinese students and professors and use them as spies ourselves. It’s not only foreign undermining of U.S. colleges. It’s a two-way street. The point of my book is that both sides are exploiting universities, and I give numerous examples of Chinese students or professors who are approached by U.S. intelligence or pressured by U.S. intelligence to spy for us. We’re not entirely innocent in this matter.”