The U.K. Is Doing Just Fine, Thanks – WSJ 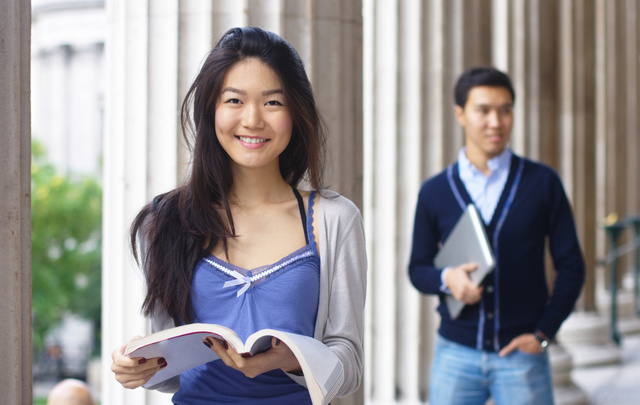 Among the various legacies of French colonialism, loosely defined, including colonial architecture, baguettes, butter, economic exploitation, war, and various words (bia-bière-beer, bơ-beurre-butter, bồ-beau-lover, cà phê-café–coffee, lavabo=sink, phô mai-fromage-cheese) was the introduction of Catholicism, which dates to the early 16th century.  (The French colonial era lasted roughly from 1859 to their defeat at the battle of Điện Biên Phủ in 1954.)

One of the ways this was accomplished was through the transcription of the language from “a rendering of Vietnamese vernacular based on the Chinese script” (Chữ Nôm) into the Latin alphabet (chữ Quốc ngữ), thanks to Portuguese missionaries and, later, a French Jesuit missionary by the name of Alexandre de Rhodes, who picked up where his predecessors left off.  (It’s worth mentioning that de Rhodes is one of the few foreigners with streets named after him in Viet Nam.  Such was the magnitude of his singular contribution to Vietnamese culture.)

The Jesuits’ primary goal? To evangelize the Vietnamese. Unlike their counterparts in South America and Africa, the Tonkinese Jesuits encountered an elaborate, bureaucratic state governed by a well-established monarchy. This meant that they had to tread very carefully and focus their efforts on disenfranchised sections of society. Despite the challenges, says Dutton, the number of converts in Tonkin by 1639 was estimated at about 80,000. Less than 30 years later, there were perhaps 350,000 Vietnamese Catholics, and it wasn’t just a fad: Visit the coastline between Hai Phong and Ninh Binh today and you’ll encounter hundreds of churches and a deeply established Catholic tradition. (How the Latin Alphabet Ended Up in Vietnam, 10.9.17)

The Latinization of Vietnamese can be viewed as a positive colonial legacy because it made it easier for Vietnamese children to learn their own language without memorizing characters and for foreigners to learn a language that has no fewer than six (6) tones.  De Rhodes, who arrived in Hanoi in 1620, is quoted as comparing the language to “the singing of the birds” and confessing to “losing all hope of ever being able to learn it.”  But learn and master it, he did.

Perhaps less successful was the conversion of the mostly Buddhist Vietnamese to Catholicism.  Catholics now comprise about 7% of Viet Nam’s population of 96 million.  For historical reasons that transcend a blog post, the majority of them live in central and southern Viet Nam.  (A related point is the close ties between the Catholic Church and the French colonial administration and, later, the Republic of Viet Nam aka “South Vietnam.”  (Link to PDF file article entitled Tools of Empire? Vietnamese Catholics in South Vietnam by Van Nguyen-Marshall.)  Most Vietnamese Christians are Catholics.  Many of the Protestants, who are relatively few in number, are drawn from some ethnic minorities and live in remote areas.

Since this is a blog about international education, let me concluding by saying that Catholic high schools and institutions of higher education tend to be well-respected, or at least there is no stigma attached to being Catholic.  There is the perception among some non-Catholic parents that these schools offer a warm and supportive environment in which students are well-taken care of – in all respects.  In other words, their religious affiliation can be viewed as a selling point not a liability.  That is not the case with many evangelical Christian institutions, which have a reputation among some parents of wanting to convert their children to that particular brand of Christianity.  This is a perception these schools should address and counteract in their marketing and personal interactions, if it’s not true.